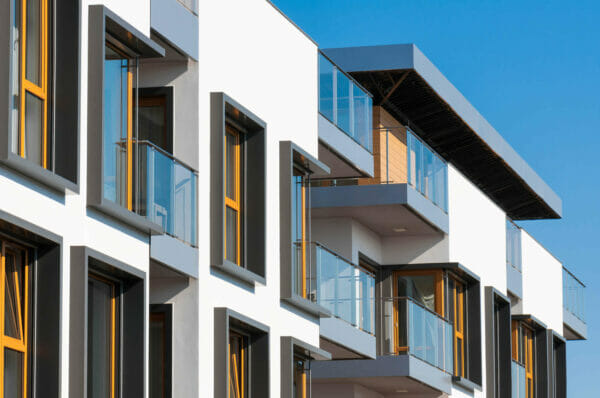 Welcome to the May edition of the Property Newsletter from Hardwicke.

On 5 June (2-5pm) we will be hosting our annual service charge and leasehold management seminar in London, looking back at the ongoing fallout from the Grenfell Tower tragedy and looking forward (or not) to leasehold reform. For further details, please click here.

In this month’s edition, Andy Creer discusses her recent case highlighting the status and evidential strength of disclosure documents contained in a trial bundle, Ryan Hocking reveals his untruth from last month’s unrobed section, and Charlotte John, who joined Hardwicke last month, teases us with her 3 facts, the answers to be revealed next month.

Hardwicke has a suite of first rate rooms available to hire for mediations and training at competitive rates. Accompanied by our excellent catering and business support services, Hardwicke is a great space in a superb location to recommend for mediations. For information about availability and making a booking, please contact Angela Perez.

Peter Petts has been in Chancery Division on a £1m VAT claim on the sale of a property, and a slightly less glamorous (but far more entertaining) Access to Neighbouring Land Act case in Wiltshire.

Laura Tweedy is excited to return from maternity leave at the beginning of June. She is looking forward to catching up with her fantastic solicitors and not wearing leggings.

Amanda Eilledge has been advising on Notices to Complete (one valid one not) and restrictive covenants. The latter has involved a fair amount of historical research which is always enjoyable.

Whilst not considering issues of adverse possession and the priority of competing leasehold interests, Simon Allison has been unravelling the many wonderous ways in which the Right to Manage system is flawed.

James Hall has been advising on what, if anything, can be done to rescue the position when the deadline for issuing a claim for a new business tenancy has passed, as well as the usual property-related prof neg cases.

Brie Stevens-Hoare QC has been busying herself with unconscionable bargains, unreasonable refusals of consent and quia timet injunctive relief to protect likely trespassers from themselves.

It has been an interesting month for Alastair Redpath-Stevens with issues as diverse as the possible trespass by one flat owner’s built-in wardrobes on their neighbouring owner’s living room, easements of support in relation to a block of tumbledown garages, and defending an application for specific performance of an option to purchase.

Jamal Demachkie has spent April arguing for forfeiture of one commercial lease, and relief from forfeiture in another commercial lease (thankfully in front of different judges).  He has also gone part heard in a messy adverse possession claim, relying on the old 1925 Act rules for unregistered land.

April has seen Clare Anslow continue with a secondment to a Housing Association where she has been advising on a wide range of property disputes including general housing issues, parking easements, rights of way and major works projects. Alongside this, Clare has continued to tick off visiting new County Courts around the country, with Plymouth winning the prize for longest journey in April.

Rupert Higgins has been advising on the interpretation of a structural alterations covenant for a tenant who wants to ‘knock through’.

A flurry of enfranchisement and right of first refusal issues this month for Andrew Skelly – advising on s.5 notices for a large residential complex, a trial over the validity of a s.13 notice, and advising on a variety of other similar matters.

Lina Mattsson has been doing her victory dance after her and Lesley Anderson QC’s win in the High Court (see Did You Miss below).  She has also been advising on recoverability of service charges for major works, boundary disputes and the right to forfeit.

Cameron Stocks’s April began with a wave of forfeiture claims ranging from flats in Central London to pubs in Margate. The remainder of April largely centred around TOLATA disputes including advising on a dispute involving the transfer of a property between unrelated parties with identical names, including middle names.

Daniel Gatty has been dealing with a clash between money laundering regulations and a mortgagee’s equity of redemption as well as trusts of land, prescriptive rights to park and the usual miscellaneous L & T issues.

And finally, John de Waal QC has been dealing with a lease renewal of an Airfield which included a site view from a helicopter, which the Judge enjoyed.

Comment: If it's in the bundle, it's in evidence

A recent trial in the County Court in Central London has confirmed that any document in the trial bundle is in evidence, irrespective of whether it is adduced to a witness statement.

Apologies in advance for providing a more detailed background than you might expect to read, but it will underline to you just how unusual this case (Cowley Property Investments Ltd v Oxford Karting Ltd) was.

Presumed undue influence – relationships of trust and confidence – transactions which call for an explanation – the FTT’s procedural powers to transfer proceedings to the County Court pursuant to the 2013 Rules.

Lina Mattsson and Lesley Anderson QC appeared for the successful appellant, the late Mrs Malik (A). A had signed two transfers of properties from her sole name into the joint names of herself and R as tenants in common in equal shares for no consideration. R had in return lent A’s two sons and their business money. Land Registry could not register the transfers as the first chargee refused to give consent. R applied to register restrictions against the titles. The Registrar transferred the matter to the First-Tier Tribunal following A’s objection to the restrictions. As A lacked capacity, the FTT “transferred” the matter to the County Court pursuant to r 6(3)(n) of the Tribunal Procedure (First-tier Tribunal) (Property Chamber) Rules 2013 (2013 Rules). The trial judge held that the County Court had jurisdiction to hear the matter without R needing to commence proceedings in the County Court by issuing a claim form. He held that A had failed to prove that a relationship of trust and confidence had existed between herself and her two sons and that the transaction was such as to call for explanation. The presumption of undue influence did therefore not apply. Had it applied, R would not have rebutted the presumption, as A had not been given independent legal advice. A appealed. R did not cross-appeal. Mr J Fancourt held that the judge had been wrong to find that no relationship of trust and confidence existed. The judge had focused only on the lack of evidence regarding the management of A’s financial affairs and had ignored the evidence relating to her vulnerability. Further, the transaction was on its face so disadvantageous to A as to call for an explanation. She was not a party to the agreement between her sons and R regarding the loans. To protect her properties, she was reliant upon her two sons enforcing the agreement they had with R. That was so disadvantageous to A as to call for an explanation. The transaction was therefore tainted by undue influence and had to be set aside. In relation to jurisdiction, Mr J Fancourt held that the FTT had jurisdiction to transfer matters to the County Court under the 2013 Rules. There was no reason why the FTT had to follow the procedure is s 110(2) of the 2002 Act and stay proceedings in the FTT and direct that new proceedings be commenced in the County Court. The two powers of staying proceedings with a direction and the power to transfer FTT proceedings co-existed and were not inconsistent with one another.

The Court of Appeal dismissed the secure tenant’s (T) appeal against an order permitting the local authority (L) to enforce a suspended possession order. The possession order provided that L cannot apply for a warrant as long as T complied with the terms of the order and that any application had to be made on notice and was reserved to the DJ who made the order. The order further said that “this order shall be discharged on 4 June 2014”. Soon after the order, L applied for a warrant of possession, i.e. failed to follow the procedure stipulated in the order. T applied to suspend the warrant and a trial took place. The judge found that T had breached the order, and ordered that the warrant could be executed. T appealed unsuccessfully to the High Court. In the Court of Appeal, T argued that the order had automatically discharged on 4 June 2014, and that the issuing and execution of a warrant depended on a relevant possession order existing. CA disagreed. On its true construction the discharge provision was predicated on no breach occurring before that date. Any other construction would deprive L of the benefit of the order’s protection because of the vagaries of when a hard-pressed county court could determine the issue. Further, in the alternative, it had been implicit in the trial directions that the deadline would be extended until after determination. If that was wrong, the Court of Appeal retrospectively extended the time under its case management powers in CPR r.3.1(2)(a). The Court further held that the failure to follow the prescribed procedure was immaterial, as the intended effect was that there should be a judicial determination of whether an allegation of breach was made out before execution of the possession order could proceed, and this had happened. The appeal was therefore dismissed.

Long leaseholders (T) held a lease of the ground floor and a cellar of a building. The lease had first been granted in 1992. A lease extension had been granted under the Leasehold Reform, Housing and Urban Development Act 1993 in 2016. T wished to make the cellar into habitable rooms which required digging down into the subsoil. They sought a declaration that the subsoil formed part of their demise. The court held that when a lease had been extended under the 1993 Act, it would not be right when construing the lease to apply the contemplation “of the parties” to a compulsory lease extension as the landlord was not entering into it voluntarily. The right to the 2016 lease extension arose only because of the voluntary transaction back in 1992. It was therefore proper for the court to look at what was contemplated by the parties in 1992, rather than in 2016. The judge held that although there was a presumption in favour of the demise of airspace above a property, the same presumption did not apply to the subsoil below. The subsoil was key to the stability of the whole building; if the foundations became unstable, the whole building was threatened, unlike the roof. Further, the express words of demise in the lease extended to “the building”. Those words did not include the subsoil, because the subsoil was not part of the building. T’s appeal therefore had to be dismissed.

Each month, a member of the Hardwicke property team gives us 3 facts about themselves. But only 2 are true. Can you guess which 2? Below, Charlotte John gives us her 3 facts – the answers will be revealed next month. But first, Ryan Hocking explains which fact was false last month:

The Property Newsletter is edited by Simon Allison. Comments or queries about this newsletter? Please get in touch!