Home > When tax advice strays from planning to avoidance and evasion

When tax advice strays from planning to avoidance and evasion 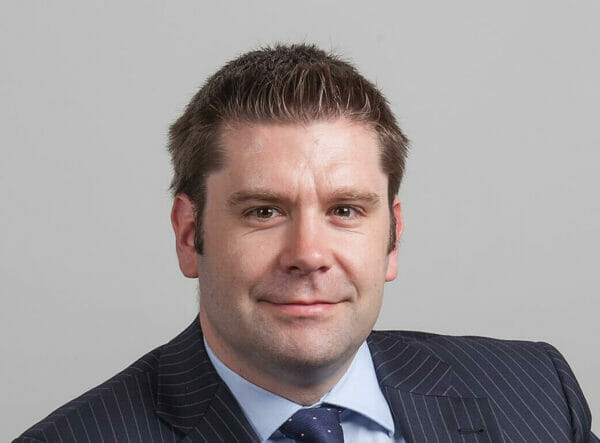 This is the first of two articles written for Professional Adviser

With the tax affairs of so many VIPs once more in the headlines, Andrew Reid and James Hall consider what claims can be brought against the original advisers and what might be done to avoid that happening.

Over the last couple of years barely a week seems to have passed without another high-profile exposé that has seen countless footballers and TV personalities named as participators/victims of what were often promised to be ‘guaranteed to work’ or even ‘government-backed’ tax mitigation schemes.

Here we will consider whether, and when, taxpayers involved in such schemes might be able to bring a claim against their original advisers, what the key issues are in such claims, and what current advisers should aim to do to avoid such liability.

As lawyers specialising in professional negligence claims, we have been involved in many cases resulting from tax planning gone wrong. Typically, however, most of the claimants are not high-profile celebrities – albeit there are a good few of those – but are what may be thought of as ‘traditional’ high net worth individuals, such as doctors and dentists, who have always used the services of a financial adviser.

Examples of where difficulties have arisen through attempting to minimise tax include the following, which have all featured in cases worked on by Moore Blatch and/or James Hall.

* Film partnerships: A project-based venture, investing in film productions via a sale and leaseback deal over a 15-year period, supposedly giving an opportunity to benefit from specialist tax relief at the outset, which had the potential to defer – though not, in effect, avoid – payment of income tax.

* Enterprise zone allowance commercial property schemes: Investing in the freehold or long leasehold of commercial premises, such as data centres, being built in enterprise zones and thus supposedly conferring tax advantages on initial investments, with a view to receiving a share of the rental income long term -m and so ‘deferring’ tax.

Many of the cases that come to us are referred by financial advisers who have a new client who has previously been exposed to poor advice, often losing tens, if not hundreds of thousands of pounds.

As lawyers, we also support professional advisers and, while we cannot dictate the nature of clients’ cases, we can feed back some advice on what not to do in order to avoid being the subject of litigation.  In addition, we can help establish whether a new client has a claim against a former adviser.

Naturally, high net worth individuals expect their professional advisers – primarily their accountants and financial advisers – to have their tax burden in mind when deciding how to structure their affairs.

The advice given by such professionals includes how – legitimately – to avoid paying excessive tax and typically includes advising on structuring portfolios that include investments that fully use both the income tax and capital gains tax annual reliefs.

Problems can arise when investments are structured specifically to take advantage of, exploit and push the boundaries of tax reliefs, as they risk close scrutiny from HM Revenue & Customs (HMRC). And, a successful challenge from HMRC risks the potential for loss of capital and interest and/or for HMRC penalties and interest.

Due also to the – sometimes, highly – leveraged nature of some of these investments, the losses can considerably exceed the sums originally invested, so it would be natural for the investor to wonder whether they had a professional negligence case.

As such, if advisers are obliged to have an individual’s tax burden in mind when advising, how far should they go in recommending investments that purport to minimise tax, and what practical steps can they take to minimise risks of litigation?

An important aspect to consider for both advisers and clients is an understanding of the fine line between whether advisers are giving advice – and thus assuming some responsibility for the commercial risks of the transaction – or are merely providing commentary on options available and leaving the merits of whether to enter into the transaction – in effect, the risks – as a matter for the client.

Legally, it is long established, and has been recently re-emphasised in the Supreme Court in BPE v Hughes-Holland(2017), that there is a difference between advising on a course of action, and merely providing information. This difference has a significant effect on the adviser’s potential liability in terms of whether in principle they are liable for the particular type of losses complained of.

How Far Must The Adviser Go?

There is also a grey area at the edges of a financial or tax adviser’s duty.  Just how far should they have to go in providing options? The extent of this uncertainty was illustrated in the case of Mehjoo v Harben Barker (2014). The case concerned tax advice given by accountants Harben Barker to Mr Mehjoo, in relation to his disposal of shares in Bank Fashion Ltd and, in particular, on whether his non-domicile status, coupled with a transactional scheme, could have enabled a more advantageous tax treatment to be achieved.

In the original decision in the case, the court found for the claimant, commenting that: “In any event … the defendant’s duty … was to use all proper skill and care to give tax-planning advice … so as to reduce or eliminate [the claimant’s] liability to pay CGT on the sale of his … shares even though not requested to do so.”

The decision was successfully appealed, however – and, when giving its reasons for overturning the original decision, the appeal court commented: “[We are] not therefore persuaded that [the defendants] were under any duty to advise the claimant of significant tax advantages which, to their reasonable knowledge, did not exist.”

This was due to the advice on Mr Mehjoo’s status and the complex scheme being highly specialist and outside the type of routine tax advice Harben Barker had been engaged to give. Clearly, the scope of the professional’s duty to advise – in other words, what matters it covers – is highly fact-sensitive.

Next time, we will consider how one begins to establish whether there is a claim against a previous adviser and the practical steps advisers can take to minimise risks.

Andrew Reid is an associate solicitor at Moore Blatch.

James Hall is a barrister at Hardwicke