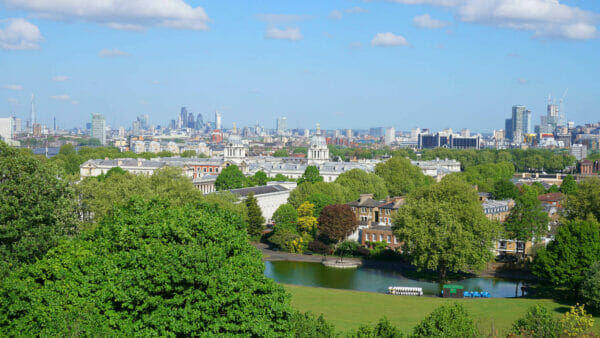 Daniel Gatty discusses the judgment in The Royal Parks Ltd and others v Bluebird Boats Ltd [2021] EWHC 2278 (TCC), which considers the distinction between land and chattels.

You might think that it is obvious what qualifies as land and what as a chattel. Most of the time it is, but not always. The distinction, of course, is important when ascertaining what someone with a temporary interest in the land – under a tenancy, a licence, a life interest or whatever – can take away with them when that interest comes to an end.

The Royal Parks Ltd and others v Bluebird Boats Ltd [2021] EWHC 2278 (TCC), a recent decision of O’Farrell J, usefully illustrates the approach taken to be taken to that question. It concerned a boathouse and jetties by the side of the Serpentine Lake in Hyde Park, London, the home of the Peter Pan Cup, a swimming race that has been held on Christmas Day ever since 1864.

The boathouse (the Boathouse) and jetties in question were built by the Defendant, Bluebird Boats Ltd (Bluebird), in 2007/8 to replace an existing boathouse and jetties. In 2004, Bluebird was granted a concession contract to provide boating services on the Serpentine by the Crown, the freehold owner of Hyde Park. Under that contract, Bluebird was to replace the existing boathouse and jetties at its own cost as the price for a ten year concession. The contract granted Bluebird a licence to occupy the relevant land, buildings and other structures.

The Boathouse is a single-story building consisting of a structural steel frame supporting factory-made timber wall panels and a roof comprising deck panels on plywood covered by a membrane. The frame is fixed into a concrete floor slab supported in piles.

The concession contract having come to an end, Bluebird asserted that it was entitled to dismantle the Boathouse and remove the superstructure from Hyde Park.

Of more general interest is the Judge’s discussion of the second question, whether the Boathouse had become part of the land. Her consideration of that issue began from the categorisation, which appears in Woodfall on Landlord and Tenant at paragraph 13.131, of objects brought onto land into:

As the editors of Woodfall observe, objects in both the second and third categories are treated as part of the land. Consequently, the question whether something brought onto land by a person with a temporary interest in the land can be removed begins (but does not necessarily end) with the question whether it qualifies as a chattel or a fixture.

After a survey of some of the leading cases on the distinction between chattels and fixtures, such as Webb v Frank Bevis Ltd [1940] 1 All ER 247 (CA) and Elitestone Ltd v Morris [1997] 1 WLR 687 (HL), the Judge summarised the applicable principles as follows:

Applying those principles to the facts of the case, O’Farrell J held that the Boathouse was a fixture and hence part of the land.

The expert evidence was to the effect that the superstructure could be disassembled and removed by works of medium complexity taking about four weeks. The slab could only be removed by destroying it. The parties’ experts agreed that 90% of the main structural steel frame could be removed and re-used in another location but the threaded rods and bolts fixing the steel columns to the concrete floor slab would not be capable of removal and would have to be cut off at the base. 90% of the windows and external doors could be removed and used elsewhere. The main steelwork and timber roof structure could be capable of relocation, but the membrane roof covering would be destroyed. Internal timber framework could be reused but not the associated plasterboard walls and ceilings. If carefully removed, the sanitary ware and kitchen cabinets could be reused. Between 75 and 90% of the timber cladding could be re-used.

O’Farrell J gave four reasons for concluding that the Boathouse was a fixture, not a chattel, despite the fact that the superstructure could be removed and re-used to the above extent:

It should be borne in mind, as mentioned above, that a finding that the item in question is a fixture, and hence part of the land, and not a chattel is not always the end of the story. Under the law of landlord and tenant, fixtures are divided into landlord’s fixtures, which cannot be removed by a tenant at the end of their lease, and tenant’s fixtures which prima facie can be removed. But that distinction between landlord’s fixtures and tenant’s fixtures is only material when the relationship between the parties is one of landlord and tenant (or is the analogous relationship between tenant for life and remainderman under a strict settlement). Whatever the relationship between the parties, moreover, contractual provisions between them permitting or barring the removal of a particular object will take precedence over the common law consequences arising from the treatment of an object as a chattel or a fixture (or as a tenant’s fixture or a landlord’s fixture).

The Judge’s conclusion that the Boathouse was part of the land meant that Bluebird could not remove it unless the concession contract permitted Bluebird to do so. She held that the contract did not allow its removal. The Judge also rejected an alternative case advanced by Bluebird based on estoppel.

The decision in this case seems correct on its facts. If the object in question is fixed to the land, not resting there by its own weight alone, the most important factor will often be, was the purpose of fixing the object to the land the better enjoyment of the object as a chattel for the time being or the permanent improvement of the property? The answer the Judge gave to that question appears an eminently sensible one in the circumstances.