Home > Can trials involving allegations of dishonesty be held remotely?

Can trials involving allegations of dishonesty be held remotely? 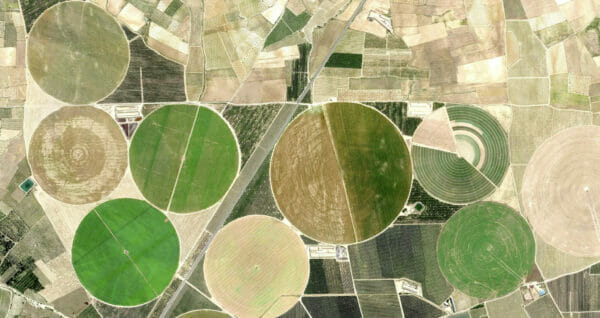 Witness evidence and cross examination occupy central positions in English civil procedure and are particularly important where allegations of dishonesty are in issue between the parties.  The current COVID-19 pandemic, however, has seen drastic changes to the conduct of litigation; one notable change has been the rise of remote hearings as the default.

Bilta (UK) Ltd & Ors v SVS Securities Plc & Ors [2021] EWHC 36 (Ch) considers the issues that arise when the two collide in the context of a hotly contested claim asserting a primary cause of action in dishonest assistance.

This application arose in the context of financial list proceedings in which the Claimant (‘Bilta’) asserted a primary cause of action in dishonest assistance.  The Fifth Defendant (‘TFS’) strongly resisted the claim and relied in its Defence on the evidence of four key witnesses whose evidence would be central to the issues relating to the allegations of dishonesty.  These were expected to loom large over the trial, affecting not only the outcomes of the issues between Bilta and TFS, but also the witnesses’ own professional reputations and prospects for future employment.  The witnesses therefore wanted to give evidence in order to vindicate themselves in light of Bilta’s allegations, independently of TFS’s desire to call the witnesses to defend the claims brought by Bilta. Bilta, in turn, wanted to test the witnesses’ evidence through cross-examination.

Trial had originally been listed for early 2020, however, due to the COVID pandemic, had been relisted for five weeks, to commence on 25 January 2021.  By November 2020, it became apparent that health issues would preclude one of the witnesses from giving live evidence.  By late December 2020, the remaining three witnesses (‘the witnesses’) indicated strong reluctance to giving evidence in person in London, owing to the worsening state of the pandemic.  These concerns ultimately were both justified and amplified by a further national ‘lockdown,’ and culminated in the present application by TFS, heard on 8 January 2021, to adjourn the trial.

The essence of the application was that, given the nature of the allegations, they could only be resolved fairly and properly by an in-person hearing.  Whilst technically possible to conduct a cross-examination remotely, the circumstances of the present case, with dishonesty in issue, were such that it would be unfair to do so.

Smith J accepted that an in-person hearing constitutes the “gold standard” and that where honesty is at issue, “giving evidence remotely ranks as second best.”  Smith J, however, did not consider this to be the point.  The real question was whether a remote hearing would be fair to TFS and to the witnesses.  Smith J considered that the question of adjournment was inextricably tied to case management questions of how the trial should be heard.

The court began with general considerations about the conduct of litigation and administration of justice during the pandemic and noted that there have “been wide-ranging and dramatic changes in the manner in which justice has been administered in England and Wales” (original emphasis).  As such:

“…many of the “old” rules – that would have pertained by default prior to the pandemic – either do not apply or apply in a radically different way. That applies to: the composition, filing and service of bundles; the use of technology; and the manner and form in which hearings are conducted, observed and recorded. There has been a raft of guidance, protocols, rule revisions and rulings issued in light of the pandemic.”

Smith J took particular guidance on the question of evidence given remotely from the decision of the Court of Appeal in Re A (Children) [2020] EWCA Civ 583, and took a holistic approach to the relevant issues.  Taking the alternatives of in-person and remote hearings as a whole, Smith J refused the application to adjourn, and ruled that the trial would proceed subject to “tight” case management.  This included, inter alia:

Smith J considered such a regime sufficiently robust as a starting point so as to assuage any reasonable concerns about COVID-19 infection through attending court in person.  Smith J further emphasised, however, that such a regime would be a starting point from which variation could be contemplated with reference to the guidance in the message of the Lord Chief Justice of 5 January 2021 that footfall in the courts should be kept to a minimum, and that in-person attendance in court should be required only where necessary.

Smith J further considered this regime fair, with particular emphasis on the following factors: (i) the proceedings were fought between sophisticated, well-resourced parties who had already engaged technical experts in relation to document management and remote hearings; (ii) the witnesses had not identified any “insuperable obstacles” to giving evidence remotely; and (iii) because the judge and lead advocates would receive the oral evidence in exactly the same way, proper submissions as to weight of evidence given could be made, reflecting both the fact that the evidence had been given remotely, as well as any “glitches” that occur during the process.

This case marks an interesting juncture between the conduct of litigation in the times of the pandemic, the increasing use of technology in the administration of justice, and the importance of witness evidence and of cross-examination in English civil procedure.   It provides, on the one hand, a glimpse into how commercial trials may proceed where issues such as honesty are in dispute between the parties, both throughout the pandemic and beyond.  On the other, it serves as a reminder that the guidance that has been issued – including by the senior judiciary – during the course of the pandemic remains guidance only which, furthermore, is both non-exhaustive and of a temporary nature.

It is worth recalling key points cited at [14](3)(d)-(e) by Smith J from Re A: the decision whether to conduct a remote hearing, and the means by which each individual case may be heard, is essentially a case management decision for the judge or magistrate who is to conduct the hearing.  They are conferred a wide discretion, which is to be exercised according to the ordinary principles of fairness and justice.  Any guidance issued cannot abrogate the judge’s or magistrate’s decision as to the conduct of the hearing, and an appeal is only likely to succeed where a particular decision “falls out of the range of reasonable ways of proceeding that were open to the court and is, therefore, held to be wrong.”

It is also worth noting that the ‘old rules’ governing procedural issues such as adjournment will have only limited weight, at least for the duration of the pandemic; and that any submissions for or against a remote hearing must consider not only the available guidance, but the individual circumstances of the case considered as a whole.