Home > Common mistake, rectification and the danger of box-ticking

Common mistake, rectification and the danger of box-ticking 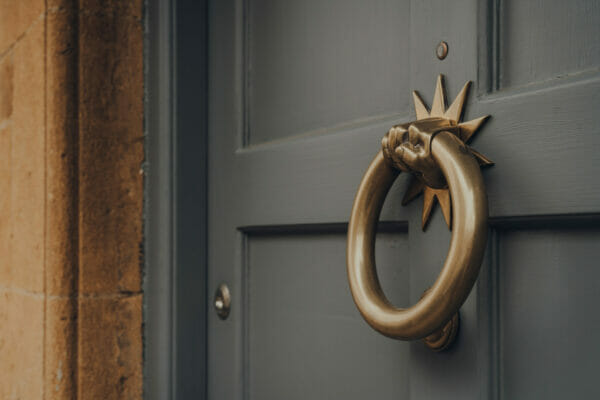 The remedy of rectification for common mistake continues to be a fertile source of difficult cases and appellate decisions, the latest of which was handed down on 22nd July 2021 in Ralph v Ralph [2021] EWCA Civ 1106.  The judgment makes for interesting reading and throws up questions which may yet need to be answered in future cases, particularly regarding whether the doctrine of rectification for common mistake operates on the same principles for all types of contract or other documentary disposition and no matter what context they have arisen  in (spoiler: there are already a couple of exceptions: and the Court of Appeal clearly thinks there may be more).

In Ralph v Ralph a father and son, David and Dean Ralph respectively, contracted to purchase a property.  David was unable to obtain mortgage finance alone and Dean, being 19 at the time of the purchase in 2000 and also having an income, was able to assist his father by joining in both the purchase and the mortgage loan.  The Land Registry form TR1 used to effect the transfer had box 11 (of the standard form at the time: the equivalent option is now contained in box 10 on the current version of form TR1) ticked, thereby (purportedly[1]) making a declaration of trust that the transferees are to hold the property on trust for themselves as tenants in common in equal shares i.e. a defined and separate 50% equitable share each (“the Ticked Box”[2]).

Dean brought a claim for a declaration that he was a 50% beneficial owner of the property, and for an order for sale under TOLATA.  The trial judge, HHJ Monty QC, found that David and Dean had simply not reached any agreement on beneficial ownership at all, that there was a mistake in the TR1 by way of the Ticked Box that could be rectified by deletion, and that the property was held beneficially for David alone (i.e. Dean was a mere legal owner and trustee for David).  It appears there was no discussion as to beneficial ownership between David and Dean or between either or both of them and their conveyancing solicitor (who acted for them both[3]) prior to the transfer, and the TR1 was executed only by the seller/transferor[4].  Privately, David intended the property to be for the benefit of his family, but his intention thereby was rather nebulous (and note that Dean had other, younger siblings).

On first appeal, Morris J also found for David though (whilst agreeing that there could be rectification to delete the ‘X’ in the Ticked Box) on the apparently slightly different basis that, the trial judge having found that there was no common intention of sole ownership by David nevertheless, on Stack v Dowden/Jones v Kernott principles, David was the sole beneficial owner (informed by the fact that Dean had neither contributed directly to the purchase price nor made any mortgage instalment payments).

On the second appeal, Vos MR delivered the only substantive judgment.  The key features were:

Potential ramifications of the judgment

The decision of the Court of Appeal certainly seems harsh on David.  It is clear that neither David nor Dean positively intended Dean to have a 50% share in the property at the time of purchase, and yet that is what Dean ended up with, and the only thing he did for that share was be technically liable for, but not in fact make any payment towards, the mortgage loan.  However, it is hard to find fault with the reasoning on a very strict analysis of the preceding authorities.  There needs to be some evidence from which a genuine, actual common intention that each party appreciates the other has, which is not reflected in the document in question, can be ascertained: here there was no such positive agreement, rather the absence of any positive agreement/common intention and simply no thought as to the Ticked Box at all.

However, as both the trial judge and the first appeal judge found, it was common to both David and Dean that neither had in fact intended the Ticked Box to be ticked.  Could it not be said that in such a situation, it is implied that there was an agreement or a common intention, which would have been obvious to both of them, that neither of them intended the Ticked Box to be ticked, and that they intended the beneficial interests in the property to be resolved by some other means?

Although expressly stating that the ‘expression of accord’ point did not need to be dealt with, the Court of Appeal has, in this case, in some ways shown that a line has to be drawn somewhere when dealing with ‘goes without saying’-type rectification: i.e. that in a situation where no thought is really given at all to the contractual (or dispositive) feature in question, where there were different options that could legitimately have been agreed (joint tenants; tenants in common in 50/50 shares; tenants in common in some other defined shares) but none of which were agreed, then, even if coincidentally neither party had wanted the feature in question, that is insufficient shared intention so as to give rise to rectification.

As Vos MR notes in his judgment, there is already some difference of treatment in terms of different types of transaction/disposition and in different contexts (see numbered points 1(b) and 4 above).  Thus, it may not be necessary in the case of a voluntary settlement[5], i.e. one not based on any bargain or agreement between the settlor and trustees, to prove common or mutual mistake by the trustees; whereas in the case of a disposition based on agreement between the parties to it, the common or mutual mistake (and, conversely, their common intention that the agreement should not be what was recorded) does need to be shown.  Vos MR appears to have been of the view that the principles ought to be slightly different again where the document concerned is a declaration of trust in a family context.  However, is there not a danger that, if the categories of transaction or document where the default principles as enunciated in FSHC do not apply are widened, in each case where a particular category of transaction or document, or its context, is novel and arguably ‘non-commercial’ in some way, the parties will seek to make an exception to the established principles?  A level of flexibility in the law is necessary (and perhaps inherent in an equitable doctrine), but too much flexibility makes the outcome of cases hard to predict and to advise on.

The possibility of a claim for rectification of a contract or other bilateral transactional document based on unilateral mistake (in some of the case law, said to be an estoppel-based remedy) should also not be overlooked: there are sometimes, albeit infrequently, factual scenarios where, although the necessary common intention/mistake is not present, equity will permit rectification where to allow the document (as to a provision of which one party is mistaken) to stand unrectified would give the non-mistaken party an unconscionable advantage. See further the discussion in Snell’s Equity at 16-018 to 16-020.

In summary, Ralph v Ralph once again highlights the conceptual difficulties thrown up by the doctrine of rectification for mistake and the nuances which mean that in some scenarios rectification will be available but in other, very similar, scenarios, it will not, unless an argument can be made that the context and nature of the transaction renders it a ‘special case’ justifying a departure from the normal rules set out in FSHC.  The ultimate lesson for conveyancers being, of course: make sure the right boxes are ticked and the wrong ones are not!

[1] Note that the Court of Appeal expressed concern about whether the TR1 in question, not being executed by David and Dean as transferees as well as by the transferor, complied with s53(1)(b) Law of Property Act 1925, and whether the decision in Taylor v Taylor [2017] EWHC 1080 (Ch) that such a TR1 was unimpeachable was correct, but the point was not argued by the parties in the case and so the Court assumed that the TR1 amounted to a validly executed declaration of trust.

[2] This is my shorthand, and was not a term used by the Court.

[3] This clearly was not best practice by the conveyancing solicitor, who may also have found that they had a conflict had the issue been ventilated openly.

[4] See footnote 1 above for the possible effect of this.

[5] See also the discussion in Snell’s Equity at 16-021 regarding mistake in unilateral transactions.