Home > Expert Witnesses: TUI Or Not TUI – Should A Party Ask A Question?

Expert Witnesses: TUI Or Not TUI – Should A Party Ask A Question? 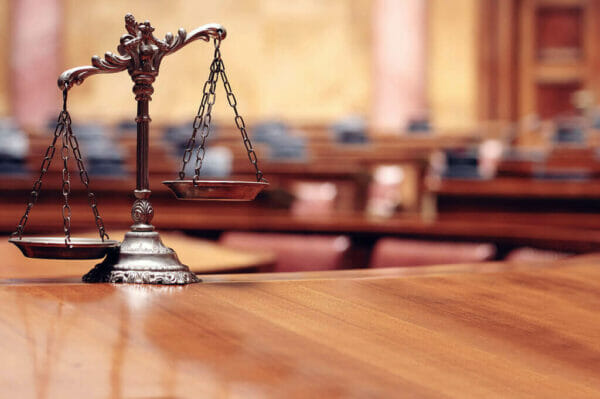 The Claimant relies upon an expert’s report.  The Defendant doesn’t.  Which approach should the Court take:

Well, the Court of Appeal, by a 2 to 1 majority decision, considered the first approach to be correct.

This is the case of Griffiths v TUI (UK) Ltd [2021] EWCA Civ 1442 – a package holiday gastric illness case, which has been the subject of 2 appeals.

Mr Griffiths fell ill with gastric symptoms on the second day of a 2 week package holiday, having eaten most of his meals at the hotel.  He experienced some improvement in his symptoms after visiting a pharmacist, before worsening to the point of requiring hospital treatment for gastroenteritis.

Mr Griffiths brought a claim alleging that his illness was caused by poor hygiene at the hotel.  The claim was allocated to the multi-track.  Mr Griffiths relied upon an expert report from a microbiologist on the issue of causation.  The Defendant chose not to rely upon any expert report.

The microbiology report was described by HHJ Truman at first instance as ‘minimalist’.  It contained only 4 paragraphs, 2 of which were the reasoned opinion.  The report concluded that Mr Griffiths had acquired gastroenteritis from contaminated food or fluid at the hotel.  It discussed other possible illnesses and sources of infection, provided reasoning as to why some (but not all) other possibilities were not the likely illness and cause, and provided information on the incubation periods of common bacteria.

The Defendant raised CPR Part 35 questions of the expert, including asking him to discuss the range of opinion – a mandatory requirement of CPR Part 35 which was not complied with in the original report.  These questions were met with short answers from the expert with little reasoning.

HHJ Truman accepted Mr and Mrs Griffiths’ lay evidence about the nature and timing of his illness, as well as what was consumed and where.  However, the claim failed on causation.  No live expert evidence was heard at trial.  HHJ Truman found that the written microbiology evidence was deficient in a number of respects, including that there was no explanation for why a meal eaten at the airport before arriving at the hotel was not the likely cause, no explanation as to why non-food related transmission was not the likely cause, that there was a lack of reasoning between one stated incubation period and the illness, and a lack of comment on hygiene procedures at the hotel.

HHJ Truman concluded that the microbiology evidence was not sufficient for the Claimant to prove their case on causation.  The claim was dismissed.

The Claimant’s appeal was allowed.

The Defendant appealed to the Court of Appeal.

Asplin LJ and Nugee LJ considered that there was no absolute rule that the Court is bound to accept uncontroverted expert evidence that complies with CPR Part 35.  They found that there was a distinction between the requirement to challenge and provide an opportunity for explanation to a witness whose credibility or veracity is to be impeached, and a witness whose credibility was not in issue.  They concluded that the Defendant’s approach of leaving criticism of the expert to closing submissions may have been ‘high risk’, but it was not unfair.

It was stated that if the expert had provided a few sentences of explanation to the questions raised in Part 35 questions, this may have been sufficient for the Claimant to have discharged the burden of proof.

However, Bean LJ gave a powerful dissenting judgment, concluding that rejecting the expert’s report without being controverted or challenged amounted to an unfair trial.  He accepted that whilst the Defendant was entitled to sit back until submissions, it was trite law that a party is required to challenge the evidence of any witness of the opposing party whom they submit should not be accepted on a point.  He considered that this was not confined to challenges where it is to be submitted that the witness had lied.

Bean LJ did not agree with Martin Spencer J that a judge was effectively bound to accept the evidence of an expert that was not controverted by other evidence, but did agree that this would be the case if the opposing party chose not to cross examine that expert for tactical reasons.

This commentary was also reproduced in the Expert Witness Journal.