Home > Facts from which an existing claim arises, or facts already in issue on a claim? Applications to amend under CPR 17.4(2).

Facts from which an existing claim arises, or facts already in issue on a claim? Applications to amend under CPR 17.4(2). 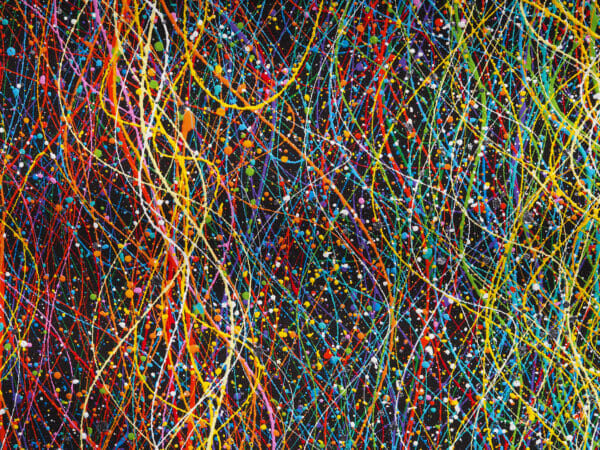 In the recent case of Colliver v Papworth & Anor [2021] EWHC 2465 (Ch), the High Court considered an application to amend Particulars of Claim by adding a new claim barred by limitation, but said to be responsive to an Amended Defence and arising out of the same or substantially the same facts and matters “as a claim in respect of which the [applicant] has already claimed a remedy” within the meaning of CPR r 17.4(2).    In this article, we review the decision.

This application to amend arose in the context of proceedings arising out of the splitting up of a company set up by the Claimant, Defendants, and one other shareholder (‘CE’).  On 12 February 2010, an agreement in principle that the Claimant would sell his shares to the other shareholders was reached, and a share sale agreement was eventually finalised and entered into on 7 July 2010.

In September 2010, discussions took place between the Claimant and Defendants to resolve the position relating to their joint pension scheme and to enable a final separation of their interests.  Following negotiations, a Deed of Agreement was entered into on 22 September 2010, which included at Clause 9 a general release as follows:

“Each of the Parties hereto acknowledges and agrees…that this deed is in full and final settlement of, and each Party hereby releases and forever discharges, all and/or any actions, claims, rights, demands and set offs….whether or not presently known to the parties, that they…ever had, may have or hereafter can, shall or may have against the other Parties arising out of or connected with [the Company] and/or the [the pension scheme] and/or their positions as shareholders and or directors of [the Company] ….and/or any agreement between or act by the Parties…and any other matters arising out of or [in] connection with the relationship between the Parties.”

On 30 September 2010, the Defendants and CE then sold the Company to a third-party company, which the Defendants had incorporated some months earlier on 15 June 2010.

On 27 April 2016, the Claimant brought proceedings, alleging fraudulent misrepresentation on at least three occasions between February and July 2010 regarding the sale of the Claimant’s shares to the Defendants and CE, and the potential sale of the company to third parties.

The Pleadings and the Applications to Amend

The original Defence, dated 16 September 2016, did not contain any reference to the Deed of Agreement.  By an application issued on 17 July 2020, the Defendants sought permission to amend their Defence to rely on the Deed of Agreement and the Release contained therein to assert that all claims, including fraud and unknown claims as advanced by the Claimant, were released.   Permission was granted on 28 May 2021 in [2021] EWHC 1450.

The Claimant then brought a fresh application to amend, seeking permission to amend the Particulars of Claim in response to the Amended Defence by, inter alia, (i) pleading that the Deed of Agreement and Release was procured by misrepresentation and liable to be rescinded; and (ii) making a claim for damages. It was common ground that these proposed amendments sought to add a new cause of action of misrepresentation, rescission and damages focussed on the negotiations leading to the Deed of Agreement in September 2010.

The application was opposed on the basis that the Claimant essentially sought to bring a new claim after the expiry of the relevant limitation period; and, as the amendments were not within CPR 17.4 (2), they were barred by limitation.

The Claimant’s case was that: (i) for various reasons, the proposed amendments were within the relevant limitation period; alternatively (ii) even if the proposed amendments were barred by limitation, they arose out of facts already in issue between the parties, and therefore arose “out of the same facts or substantially the same facts as a claim in respect of which the Claimant has already claimed a remedy in the proceedings” within the meaning of CPR 17.4(2).

Section 35(a) Limitation Act 1980 provides that a party may amend its Statement of Case after the relevant limitation period has expired:

“The court may allow an amendment whose effect will be to add or substitute a new claim, but only if the new claim arises out of the same facts or substantially the same facts as a claim in respect of which the party applying for permission has already claimed a remedy in the proceedings.”

In Ballinger v Mercer Ltd [2014] EWCA Civ 996, Tomlinson J set out the three-stage test to be considered on any such application to amend:

“(i) Is it reasonably arguable that the opposed amendments are outside the applicable limitation period?

(ii) If so, do they seek to add or substitute a new cause of action?

(iii) If so, does the new cause of action arise out of the same or substantially the same facts as are already in issue in the existing claim?”

The key issue was whether the amendments seeking rescission of the Deed of Agreement and Release could be said to arise out of “the same or substantially the same facts as a claim in respect of which the [applicant] has already claimed a remedy in the proceedings” within the meaning of CPR 17.4(2). The Master also held that the requirements of CPR 17.4(2) were a starting point and that the Court also needed to be satisfied that the proposed new claim had a real (and not fanciful) prospect of success.

The Master referred to the leading authorities, beginning with Goode v Martin [2001] EWCA Civ 1899 and the view expressed by Brooke LJ that the rule in CPR 17.4(2) should be read as if it contained the words “are already in issue on a claim in respect of which the party applying for permission has already claimed a remedy in the proceedings” (our emphasis). Further support for this interpretation was found in Akers v Samba Financial Group [2019] EWCA Civ 416 by McCombe LJ.

“The important feature of Goode v. Martin is that in order to make out her newly formulated claim, the claimant did not need or propose to introduce any additional facts or matters beyond those which the defendant himself had raised in his pleaded defence. In effect, the claimant was allowed to say, ‘Well, if you are going to defend yourself against my existing claim by reference to those facts you have now pleaded in your defence, I rely on those very facts (if established at trial) to say that you are liable to me.’ In such a case, the defendant has chosen to put those facts in issue in relation to the claimant’s existing claim and there is no unfairness and no subversion of the intended effect of the limitation defence introduced by Parliament to allow the claimant to rely on the defendant’s own case as part of her claim against him.”

The Court held (at [73]) that the purpose of s 35 of the Limitation Act 1980, CPR 17.4(2), and the test set out in Ballinger v Mercer is “to avoid putting a defendant in the position of having to investigate facts and evidence unrelated to those that they are reasonably likely to have to investigate anyway to defend the unamended claim.”

Accordingly, the Claimant could not be said to be relying on any fact not already put in issue by the claim or the Amended Defence.   Given that, in light of the Amended Defence, the trial judge would be required to consider whether the Deed of Agreement could exclude fraud or unknown claims, the trial judge would have to consider the background context and circumstances in which the Deed of Agreement was entered into.   This would cover the “same or substantially the same facts and matters” as would require investigation for the purpose of determining the applicant’s proposed new claims in misrepresentation, rescission, and damages.

The Master held that the Amended Defence put in issue “the same or substantially the same facts and matters” as would be relied upon by the Claimant for their proposed amendment seeking rescission and/or damages.  The application in respect of the proposed claims in fraud, rescission, and damages, was therefore allowed.

This case is a useful reminder of the gloss that applies to CPR 17.4(2): the relevant “facts and matters” are not limited to those relied upon by the applicant to establish a claim in respect of which they have already claimed a remedy, but extend to the matters “already in issue” on such a claim. They arise from not only the Particulars of Claim and the pleadings, but may be found more broadly by realistically assessing what a trial judge will need to investigate in order to determine the claims.  As McCombe LJ stated in Akers v Samba Financial Group (cited at [77]):

“In my judgment, in the vast majority of cases what is “in issue” in an existing claim will usually be determined by examination of the pleadings alone. It will be the primary, and probably the only, source of material for deciding the question. In some cases, however, such as those considered above where, for example, there has been an extensive evidential battle on a summary judgment application or on a jurisdictional question, it may be possible to discern that facts are already in issue in a case prior to being crystallised in formal pleadings.”

It is also worth noting that CPR 17.4 (2) and the gloss identified by Brooke LJ in Goode v Martin provides a degree of flexibility. The facts out of which the new claim must arise need not be exactly the same as those already at play.  The Master held (at [83]):

More generally, practitioners should be guided by the general principle that the purpose of CPR 17.4(2) is to ensure that amendments to Statements of Case will not have the effect of putting defendants in the position of having to investigate additional facts and evidence unrelated to those that they would reasonably need to investigate anyway to defend the unamended claim.

Importantly, the threshold conditions of CPR17.4(2) are only “the first step to obtaining permission to amend.”  As the Master held (at [7]), whether to allow an amendment is ultimately a matter for the discretion of the Court; which must take into account all the circumstances (including the prejudice to each party and the overriding objective to deal with cases justly, efficiently and proportionately), and be satisfied that the amendment has a more than merely fanciful prospect of success.

In exercising its discretion whether or not to allow the amendments, the Court will also have regard to (i) whether the facts and matters to be investigated will have to be investigated anyway, (ii) whether delay or diminution in memory applies to both parties equally, (iii) whether the claim is at an early procedural stage and the impact of the amendments on disclosure and witnesses, (iv) whether there was good reason for the delay in amending, (v) any other unfairness to the parties.