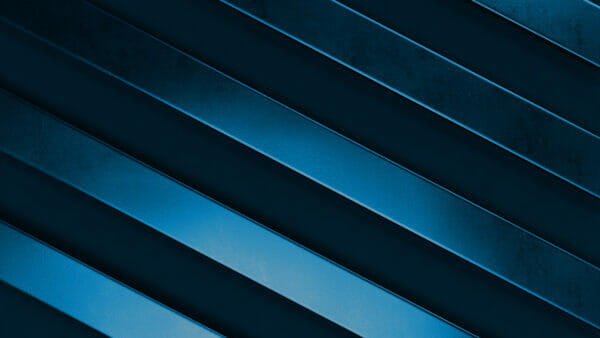 This appeal arose from an application by the Defendant Respondents (“the Defendants”) for wasted costs orders against the Defendant Appellant (“Walker Prestons”), the former legal representatives of the Claimant (“Mr Hunt”).  In 2016, Mr Hunt issued proceedings for damages for hearing loss allegedly suffered as a result of exposure to noise at work, and the Defendants were companies for which Mr Hunt was said to have worked during the relevant time frame.

In January 2019, Part 18 Requests were made by the Defendants. Two issues on which clarification had been sought were whether Mr Hunt had been a director of the Third Defendant; and whether he had been provided with hearing protection.  Walker Prestons provided a Response apparently signed by Mr Hunt in May 2019.

When the case came on for trial in December 2019, Counsel for Mr Hunt informed the Court that Mr Hunt said he had not signed the Part 18 Response; and was discontinuing his claim in its entirety.

The Applications for Wasted Costs Orders

The Defendants accordingly each sought a wasted costs order. However, none of the application notices expanded on the grounds on which a wasted costs order was said to be appropriate.  Rather, each application was supported by a witness statement.  In sum, the applications took issue with (i) whether Mr Hunt had been a director of the Third Defendant; (ii) whether Mr Hunt had been provided with hearing protection; and (iii) the authenticity of Mr Hunt’s signature on the Part 18 Response.

On 24 January 2020, the supervising partner with conduct of Mr Hunt’s case at Walker Prestons (“Mr Sarwar”) made a witness statement, which indicated that:

The Defendants’ applications came before HHJ Judge Godsmark QC on 22 April 2020, who considered the issues of oral evidence and whether Mr Hunt should be given an opportunity to engage in the proceedings.  The order subsequently drawn up added Walker Prestons as defendants for costs purposes only, and directed that oral evidence would be heard at the adjourned hearing of the applications.  This was understood by the parties to mean that Mr Sarwar was obliged to attend the hearing of the wasted costs applications for the purpose of cross-examination.

The present decision concerns Walker Prestons’ appeal against that part of the Order requiring Mr Sarwar to attend for cross-examination.  The first appeal came before Saini J who considered (i) whether there is a power to require the attendance of a legal representative facing a wasted costs application; and (ii) whether HHJ Godsmark QC had been right in exercising his discretion to require Mr Sarwar to attend, before dismissing the appeal.  These were the issues considered by the Court of Appeal in the present decision.

Newey LJ (with whom Arnold and Warby LJJ agreed) first considered the power to make a wasted costs order conferred by s 51 of the Senior Courts Act 1981; and the guidance as to how such jurisdiction should be exercised set out by Sir Thomas Bingham MR in Ridehalgh v Horsefield [1994] Ch 205 and approved in Medcalf v Mardell [2002] UKHL 27 (cited at [22]):

In relation to legal professional privilege, Sir Thomas Bingham further distinguished the relationship between the applicant and his own lawyers, and as between the respondent lawyers and their client.  Given that the privilege remains that of the client, who likely would not benefit from waiving such privilege, Sir Thomas Bingham noted that, where the application is made against the lawyers on the other side, the respondent lawyer is at a “grave disadvantage in defending their conduct of proceedings, unable to reveal what advice and warnings they gave, what instructions they received”.  Sir Thomas Bingham therefore concluded:

Judges who are invited to make or contemplate making a wasted costs order must make full allowance for the inability of respondent lawyers to tell the whole story. Where there is room for doubt, the respondent lawyers are entitled to the benefit of it. It is again only when, with all allowances made, a lawyer’s conduct of proceedings is quite plainly unjustifiable that it can be appropriate to make a wasted costs order.”

In respect of procedure, Sir Thomas Bingham said this:

The overriding requirements are that any procedure must be fair and that it must be as simple and summary as fairness permits. Fairness requires that any respondent lawyer should be very clearly told what he is said to have done wrong and what is claimed. But the requirement of simplicity and summariness means that elaborate pleadings should in general be avoided. No formal process of discovery will be appropriate. We cannot imagine circumstances in which the applicant should be permitted to interrogate the respondent lawyer, or vice versa. Hearings should be measured in hours, and not in days or weeks. Judges must not reject a weapon which Parliament has intended to be used for the protection of those injured by the unjustifiable conduct of the other side’s lawyers, but they must be astute to control what threatens to become a new and costly form of satellite litigation.”

Issue I: Does the Court have jurisdiction to order cross-examination?

Newey LJ noted that Sir Thomas Bingham’s reference to ‘discovery’ and ‘interrogation’ may well have referred to the older procedures under the RSC (such as O.26.r 1 ‘Discovery by interrogatories’), and concluded that this aspect of the guidance did not apply to cross-examination under the modern CPR.

Where, at a hearing other than the trial, evidence is given in writing, any party may apply to the court for permission to cross-examine the person giving the evidence.

Newey LJ concluded that, where, therefore, a lawyer against whom a wasted costs order is sought has filed a witness statement (as Mr Sawar had done in the present case), the Court must have power to direct cross-examination.

Notwithstanding, Newey LJ considered (at [30] and [31]) that cross-examination must be “very much the exception rather than the rule” and that “a Judge minded to direct cross-examination should carefully consider its proper scope and whether and, if so, how the procedure can be kept both fair and relatively simple.”

In the present case, Newey LJ considered it was not appropriate for either Judge Godsmark QC or Saini J to order cross-examination for six reasons:

Accordingly, Newey LJ held that, although (i) there is power under the CPR to order the cross-examination of the respondent to a wasted costs application if the respondent has filed a witness statement; (ii) in the present case, it was not appropriate for the court to exercise that power.  The appeal was therefore allowed.

This case sets out useful guidance as to the cross-examination of a respondent to an application for a wasted costs order under the modern CPR, as follows.

Second, the extent of any cross-examination may be limited by its subject matter.  As Newey LJ stated at [31], “it is unlikely to be appropriate to permit cross-examination on topics which the statement has not addressed.”

Third, in respect of procedure, practitioners should note the overriding principles of fairness and simplicity.  If there is to be cross-examination, fairness requires that the respondent lawyer should know precisely what is alleged; a requirement further encapsulated in PD 46 that the materials supporting a wasted costs application must identify “what the legal representative is alleged to have done or failed to do” and the costs which are sought.   In addition, the cross-examination should not be a “fishing expedition where the cross-examination is directed at creating a case against the respondent, rather than supporting a pre-existing one.”

Fourth, it is worth noting that Newey LJ considered it particularly important that issues relating to legal professional privilege be adequately addressed; and that the extent, if any, to which the lawyer is constrained in what he might say by privilege will probably be best settled before the effective hearing.