Home > Invoking Norwich Pharmacal relief against the less than innocent

Invoking Norwich Pharmacal relief against the less than innocent 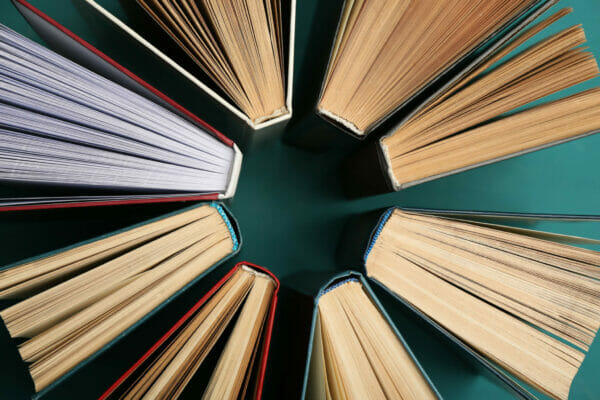 Considering a Part 8 claim for Norwich Pharmacal relief, the Court decided that the jurisdiction was properly invoked despite the defendant arguing that pre-action disclosure was available against him.  A defendant being a putative wrongdoer was not a necessary pre-requisite of relief but equally it did not prevent relief.  Further, the Court found the Defendant’s concern that the Claimants be cross-examined on their application misplaced.

Further, the Court considered the fact and scope of the defendant’s right to protection against self-incrimination.  The Court noting there was no general right but rather an individual’s rights ideally should be considered in light of established and credible risk of incrimination in respect of specific criminal offences.  Further, there was a distinction between material already in existence and evidence brought into existence by reason of the order itself.  Only the latter attracted any right against self-incrimination.

The Court also reiterated that a clean hands argument required a sufficient connection with the relief sought.

Those advising on claims or applications under the Norwich Pharmacal jurisdiction will want to take note of the decision for its interplay with pre-action disclosure and for the discussion of the right against self-incrimination.

Specifically, the judgment is a welcome reminder and clarification of the respective scope of pre-action disclosure and the Norwich Pharmacal jurisdiction, suggesting a degree of overlap between the two disclosure jurisdictions.

There is authority for the proposition that the Court may be reluctant to make an order under the Norwich Pharmacal jurisdiction, where there is a putative defendant to the claim who could give a putative claimant disclosure of the same material: see Mistui & Co Ltd v Nexen Petroleum UK Ltd [2005] 3 All ER 511: [20].

The First Claimant (“Jonathan Rowland”) was David Roland’s father and he worked from the same office as a lawyer employed by the Claimants (“Mr Wright”) between 2010 and 2013: [6].

Proceedings taken by Mr Wright against the Claimants concluded unsuccessfully in late 2017, it emerging in those proceedings that Mr Wright had access to an archive of Jonathan Rowland’s personal email account between 2010 and 2013 (the “Archive”)  [6].

Mr Stanford had a strong conviction that his investments in the Icelandic bank had been mismanaged and fraudulently transferred to the bank in Luxembourg [4].

However, Mr Stanford was adjudged bankrupt on a petition by HMRC in February 2019 and his trustee in bankruptcy took over and settled Mr Stanford’s claims arising from his investment in the Icelandic bank in the Autumn of 2020; no details of this settlement were before the Court or even apparently available to Mr Stanford: [5].

By the time of the hearing of the claim, Mr Stanford (who was self-presenting save for some sporadic legal assistance) admitted that Mr Wright was the source of the Archive, that Jonathan Rowland was entitled to a disc image of the Archive and agreed that he would provide some disclosure surrounding his onward dissemination of the Archive.  Thus, Mr Stanford’s focus was on whether the right procedure was used [37], his right to non-incrimination [38]-[41], the public interest in disclosure [35]-[36] and the scope of the ‘clean hands’ doctrine [39]-[40].

As to whether the Norwich Pharmacal procedure was correctly invoked, the Judge stated:

“… the fact that Mr Stanford may be more than an entirely passive and innocent facilitator does not mean the Norwich Pharmacal procedure is an inappropriate one. Although Norwich Pharmacal itself was a case in which the respondent was an entirely innocent participant, other cases show that the jurisdiction is not limited in the sense of only being available against such participants: see for example, X Ltd v Morgan Grampian (Publishers) Ltd [1991] 1 AC 1, in which Lord Lowry at [54] held that, where a party had received confidential information from a source and then sought to publish that information, the case was ‘not only covered by Norwich Pharmacal Co v Customs and Excise Commissioners [1974] AC 133 but is a fortiori, because he and the source were joint tortfeasors.’”

The position on self-incrimination was nuanced and the case law unclear [57]-[78].  First, the Judge found that the principle did not apply to material already in existence prior to the Court making any order; the Judge thus separated out the obligation to provide documentary disclosure, including correspondence already in existence, where there was no requirement for a proviso against self-incrimination.

Second, the Judge noted the limited nature of the principle: it was a right not to self-incriminate in respect of a specific crime [62].  The Judge lamented that Mr Stanford had not advanced a positive case as to which criminal offence he was particularly concerned about [70]; leaving the Judge to rely on the social media statements of Jonathan Rowland to infer the relevant offences (for example blackmail): [69]; [38].

Notwithstanding, the Judge was concerned that Mr Stanford should not act in ignorance of his right to silence where otherwise he might incriminate himself in a crime, in providing an affidavit detailing his use of the Archive.  Therefore, in the final order, the requirement for an affidavit from Mr Stanford carried the standard proviso against self-incrimination provided for in typical freezing orders [58]; [72]; and also see the proviso to paragraph 3 of the Order set out in Annex: Form of Order.

The Judge found the public interest argument misplaced (or at least premature), since the Claimants were not seeking to restrain Mr Stanford’s use of the Archive [53]-[54].

On clean hands, the Judge noted that the principle required a defendant to show that the claimant’s lack clean hands in a manner that was closely connected to the equity of the claim; that was test was not made out on the facts [55]-[56].

This piece first appeared as a LexisNexis Case Analysis.