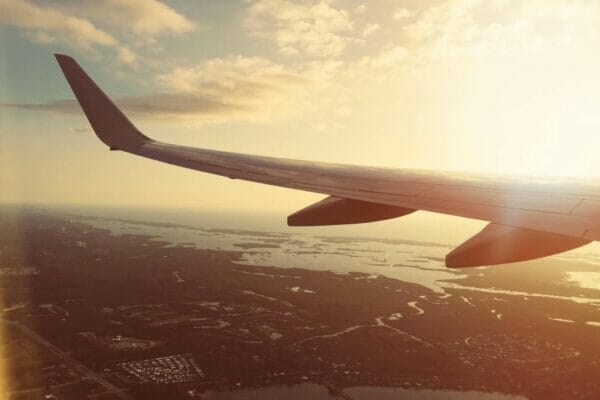 This appeal raised the question of “whether and if so, in what circumstances, the court can evaluate and reject what is described as an “uncontroverted” expert’s report”; i.e., one in respect of which there is no factual evidence undermining the factual basis of the report, no competing expert evidence, and no cross-examination of the expert takes place.

The expert report in question (‘the Report’) was prepared by one Professor Pennington.  It was adduced by the Claimant Respondent (‘Mr Griffiths’) in respect of gastric illness allegedly suffered as a result of consuming contaminated food or drink whilst on an all-inclusive holiday package provided by the Appellant Defendant (‘TUI’).  Mr Griffiths sought to rely on the Report in relation to causation.

As a result of TUI’s default of several court orders relating to expert evidence, the Report was the only expert report before the trial judge (HHJ Truman) in relation to causation.  The only other expert evidence going to causation were Professor Pennington’s answers to the questions put to him by TUI in respect of the Report pursuant to CPR Part 35; at trial, Professor Pennington did not give oral evidence and was not cross-examined on the Report.

The Report itself complied with CPR PD 35 but was described by HHJ Truman as ‘minimalist.’  The substance of the evidence comprised three of the four paragraphs constituting the body of the Report.  Critically, Professor Pennington identified two possible causes of Mr Griffiths’ illness but, as summarized by Asplin LJ: “did not set out his full reasoning, nor explain how he was able to reach his conclusion [on causation] when he could not exclude the possibility of there having been two infections.”   Furthermore, HHJ Truman had noted that Professor Pennington had not, as requested, given a range of professional opinion nor indicated where his opinion might fall within such range in his CPR Part 35 answers.

HHJ Truman noted that the burden of proof was on Mr Griffiths, and considered that it was “open to a Defendant to sit back and do nothing save make submissions, and if the evidence is not sufficient to satisfy a court on the balance of probabilities, a claim will not succeed.” HHJ Truman thus found that Mr Griffiths had not proved his case, and therefore dismissed his claim.

On Mr Griffiths’ appeal before Martin Spencer J, HHJ Truman’s order was set aside and judgment entered for Mr Griffiths in [2020] EWHC 2268 (QB)

The main ground of TUI’s present appeal before the Court of Appeal revolved around the following question: can a court evaluate the substance of an uncontroverted expert report?

The Majority in the Court of Appeal

In the leading judgment, Asplin LJ considered the authorities and distinguished most on the basis that none were concerned with a report that was inadequate in some way; nor concerned a challenge to evidence in closing submissions merely on the basis that it had failed to discharge the burden of proof.

On the main issue, therefore, Asplin LJ considered there was no hard rule that an expert’s report which is uncontroverted and which complies with CPR PD 35 cannot be impugned in submissions and ultimately rejected by the judge.

Asplin LJ, however, made clear that, when a court considers whether an expert’s report should be impugned:

All depends upon all of the circumstances of the case, the nature of the report itself and the purpose for which it is being used in the claim.  Where the evidence is that of a joint expert, which goes to the relevant issues and contains logical conclusions, it is very hard to see that it could be successfully challenged. The same must be true if there are two experts who have produced coherent reports covering the relevant issues and who are agreed. As the authorities provide, it will be rare that expert evidence should be rejected in those circumstances and cogent reasons should be given.

In respect of whether it is unfair for a party only to challenge evidence in closing submissions, Asplin LJ did not consider that, in the circumstances of the present case, there was any requirement that the parties adduce contrary evidence, exhaust the procedural mechanisms under the CPR, and/or cross-examine the expert.  Although it would be a ‘high risk strategy’ not do any of these, there was nothing inherently unfair or impermissible in a party seeking to challenge evidence in only closing: it is for the party who files the evidence in support of his case to ensure that all relevant matters are covered.

Asplin LJ did, nevertheless, distinguish those cases where evidence was challenged on the basis that it was untrue. In such circumstances, if the witness has not had the opportunity of providing an explanation, then it would generally be inappropriate to challenge the evidence only in closing.

In the present case, however, HHJ Truman had not decided that the Report was incorrect: the basis of TUI’s submission in closing was not that the evidence was wrong, but that it had failed to discharge the burden of proof on Mr Griffiths to prove causation.

The Minority in the Court of Appeal

Bean LJ dissented, primarily on the principle that:

“In general, a party is required to challenge in cross-examination the evidence of any witness of the opposing party if he wishes to submit to the court that the evidence should not be accepted on that point. The rule applies in civil cases as it does in criminal. In general the CPR does not alter that position. This rule serves the important function of giving the witness the opportunity of explaining any contradiction or alleged problem with his evidence. If a party has decided not to cross-examine on a particular important point, he will be in difficulty in submitting that the evidence should be rejected.” ([Phipson on Evidence]19th edn, 2018, para.12-12).

Bean LJ did not accept that such principle was confined to cases in which the evidence was challenged on the basis that the witness was lying, but considered that it applied both more broadly, and to lay and expert witnesses alike.

Although it might not extend to “every point of detail in a long witness statement” (which would be a matter for the discretion and common sense of the trial judge), in the present case, Professor Pennington gave a clear conclusion on the very issue on which he was asked to give an opinion.   This “could and should have been challenged in cross-examination.”

Accordingly, Bean LJ ‘profoundly disagreed’ with the majority’s views that “as long as the expert’s veracity is not challenged, a party may reserve its criticisms of a report until closing submissions if it chooses to do so,” and that there is nothing inherently unfair in that procedure.  As such, Bean LJ considered that Mr Griffiths did not have a fair trial of his claim, and further that courts “should not allow litigation by ambush.”

Bean LJ would, therefore, have dismissed the appeal.

The Third Ground of Appeal: must an expert’s opinion contain reasons?

It is worth also considering briefly Asplin LJ’s view on whether an expert’s opinion must contain reasons.

CPR PD 35 does not state expressly that reasons are necessary in an expert’s report, save where there is a range of opinion.  However, Asplin LJ considered that it was clear from both from the judgments in Kennedy v Cordia LLP [2016] 1 WLR 597 and as a matter of common sense, that if the court is to be satisfied as to the conclusion reached or that the evidence is sufficient to enable the claimant to satisfy the burden of proof, “some chain of reasoning supporting the conclusion is necessary, even if it is short.”   Unless the matter is one of personal observation, an expert must explain the basis for his or her conclusion; a mere assertion by an expert is of so little weight that it is likely to be worthless.

Asplin LJ, however, reiterated that everything depends upon the circumstances. A court may reject a report, even where it is uncontroverted, if it is a bare ipse dixit. In most circumstances, it is likely that such a report would not meet the requirements set out in CPR Part 35, in any event. However, if the opinion is contained in only a few sentences, there might be circumstances in which such evidence could be accepted; such as an opinion on the presence of a certain chemical in a compound. Where, however, the expert evidence is the form of an evaluative opinion, a mere ipse dixit would be all but worthless.

This case, prima facie, relating to expert evidence, raises broader issues relating to a fair trial.  In light of Bean LJ’s powerful dissent, it may be destined for consideration by the Supreme Court.

As it stands, however, two key practice points may be taken from the present appeal:

First, dispute the outcome, the safer approach for practitioners would be, at the very least, to cross-examine any expert whose opinion they seek to challenge.

Second, for parties seeking to rely on an expert report: it is important to appraise critically the evidence of your own expert. If their reasoning is not clear on any matter of evaluative opinion, further clarification, e.g. by way of a supplemental report, should be sought.  It is worth reiterating the view of the majority: “it is for the party who files the evidence in support of his case to ensure that all relevant matters are covered.”