Home > Making the most of Cost Budgeting

Making the most of Cost Budgeting 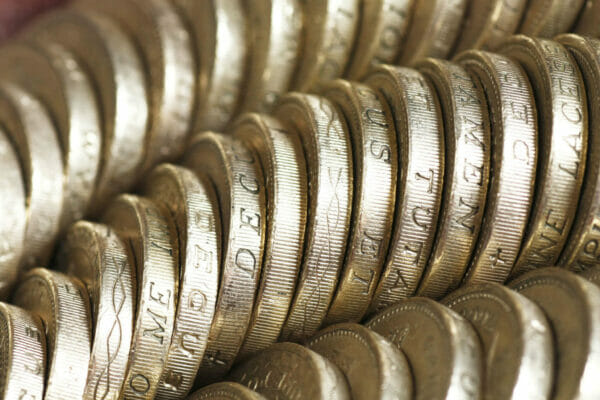 Love it or loathe it (for most it is the latter), cost budgeting is here for the foreseeable future.  It can be a time consuming and tiresome exercise.  But unless lawyers roll up their sleeves and get stuck in they risk significantly disadvantaging their clients and opening themselves up to negligence claims.  On the other hand, forethought and preparation can reap tactical and financial benefits.  What follows is an outline of the budgeting process and some suggested methods of making the most of it.

Outline of the Budgeting Regime

1. In order to make the most of cost budgeting it is essential to understand its aims.  R. 3.12(2) expressly states:

“The purpose of costs management is that the court should manage both the steps to be taken and the costs to be incurred by the parties to any proceedings so as to further the overriding objective.”

2. As will become apparent, that purpose is unconvincing.  However, the court has also recognized other aims include:

3. The key to achieving these ends is r. 3.18, which provides that, when assessing costs on the standard basis, the court shall not depart from the receiving party’s last approved or agreed budgeted costs, unless there is good reason to do so.  As was recently made clear by the Court of Appeal[1], unless there is good reason not to, this means the receiving party will be awarded what is in its approved or agreed budget; not, as is too often thought, that the budget is merely a cap on what can be recovered.

5. R. 3.13(1) provides for the filing and exchange of cost budgets (Precedents H): with DQs for claims under £50,000.00; or not later than 21 days before the first CMC, in any other case.  The infamous consequences of failing to comply with the foregoing are in r. 3.14.  R. 3.13(2) provides that each party “must file” an agreed budget discussion report (Precedent R) no later than 7 days before the first CMC.

6. The first point to note is that the Precedent H is forever changing.  The latest Excel version, including the Precedent R, and the Word guidance notes, may be found here, by entering “Precedent H” into the “Form/leaflet number” field.

7. That the Precedent H is a self-calculating Excel document not only makes it easier to complete, but is also invaluable at the CCMC: if the judge and advocates have the parties Precedent Hs & Rs in Excel, they can quickly be updated on a laptop whilst they are being reviewed by the court.

8. The guidance notes should, obviously, be followed.  However, it is worth noting the following.

9. That the CPR and courts urge parties to agree their budgets appears to run contrary to the expressed purpose of budgeting (r. 3.12(2), above): if the parties agree their budgets, the court has no control over them.  It understandable that parties may be inclined to agree budgets, thus avoiding the expense of a contested CCMC and the risk of a judge reducing the parties’ budgets.  However, being overly generous in agreeing another party’s budget may have expensive consequences, as, absent good reason, that is the amount that party will recover on assessment, should it win.

10. If it is a case where one party is keen to settle, rigorously opposing the recalcitrant party’s budget may well result in it being reduced to a level which makes the prospect of going to trial less attractive.

11. In short, the pros and cons of agreeing budgets needs to be carefully considered with the client.

12. The Precedent R is a fairly hopeless document, which goes no way to encouraging parties to discuss their budgets.  Its title, “agreed budget discussion report”, is a misnomer: it does not promote discussions and it is not agreed.  All it does provide is for the recipient of a Precedent H to either agree the figures as budgeted or to record a counterproposal, with brief reasons for so doing.

13. The status of a Precedent R is not clear, either.  If a party agrees to a budgeted figure, is it bound by that agreement? If a party offers an alternative sum, which is not accepted, can that offer be withdrawn?  The Precedent R being an open document, I suggest the answer to both questions is “Yes”, adopting the standard tenets of offer and acceptance.  However, the better option is not to be in a position where such questions arise.

14. It should also be noted that the Precedent R only relates to budgeted costs, not incurred costs, although the court will record the extent to which incurred costs are agreed: r. 3.15(2)(c).  What is not clear is to what degree, if any, a costs judged is bound by a party’s agreement to incurred costs: r. 3.18 makes no reference to how agreed incurred costs should be treated.

15. In the circumstances, caution should be exercised in agreeing incurred costs.

16. When disagreeing with a budgeted figure, simply stating it is “excessive”, is unlikely to cut the mustard at a CCMC.  A reasoned objection will be far more persuasive.

17. As already stated, providing the judge and the advocates with Excel budgets, which may be amended on computers, at the hearing saves time and assists in ensuring accuracy and unanimity.

18. If advocates have not been involved in the preparation of the budget, they need instructions on how the figures have been reached.  Conversely, any specific instructions on why the opposing budget is thought to be unreasonable are invaluable.

19. If the other side’s incurred costs appear disproportionate or unreasonable, the judge should be invited to record the same on the face of the order.  Regard must be had to the same when it comes to any assessment.

20. Although the judge cannot budget incurred costs, she can have regard to them when deciding what future costs are reasonable.  For example, where costs have been incurred on preparing a survey and expert report prior to commencing a trespass claim, that will be highly relevant to what further costs are reasonable.

21. Similarly, the judge is not entitled to set hourly rates.  The rates are included for guidance only.  However, the judge can determine that the total sum for any phase is excessive, when such rates are utilized.

22. Budgets can go up or down (usually the former).  If a party’s budget does go up, the revised budget needs to be agreed or approved by the court, if those costs are to be recoverable.

23. Budgets are also very likely to prove useful in seeking security for costs or payment on account, pending detailed assessment.  Absent a good reason, it is hard to see why a paying party should not be ordered to pay the receiving party’s budgeted or agreed costs on account.

24. Whilst the merits of cost budgeting are doubted by many who have to actually use it, those who dismiss it as a waste of time, do so at their peril.  Like Brexit, Donald Trump and a minority government, we are stuck with cost budgeting, so make the most of it.