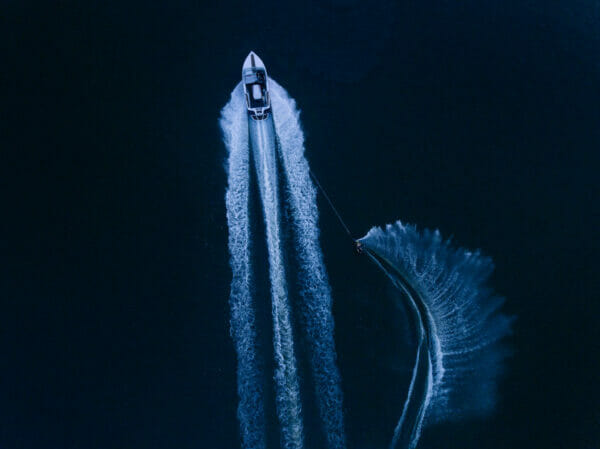 In Fairford Water Ski Club Ltd v Cohoon & Anor [2021] EWCA Civ 143, the Court of Appeal considered a highly technical breach of the duty imposed on company directors to disclose any interest in a contract or proposed contract entered into by their company.  The decision considers several practical issues surrounding the duty to disclose, such as whether disclosure is effective only if given after the terms have been agreed and the board has considered whether these represent fair value; and whether disclosure at a first board meeting is effective for subsequent meetings.  The case also highlights differences in the statutory frameworks applicable to the duty under the Companies Act 1985 and 2006.

The Respondent was a private company (“the Club”), in which the First Appellant (“Mr Cohoon”) was Chairman and one of four directors.  Mr Cohoon was also a partner in an unincorporated partnership (“Watersports”), which operated a related business from a pub on the Club’s premises and, through Mr Cohoon, provided management services to the Club.

The agreements between the two businesses in respect of these matters were initially on an informal basis, though Watersports received fees for the services provided and the Club received rent for Watersports’s use of the pub.

However, at an AGM held in March 2006, a shareholder questioned the relationship between the Club and Watersports.  The matter was discussed at a board meeting in April 2006, and all concerned were alive to the potential conflict of interest. Although the board was satisfied that the then-current payments to and from the parties represented fair value, a sub-committee of the board was formed to reconsider the basis upon which the pub was leased and the management fees paid.  It was agreed that these should be arranged on an arm’s length basis and that an independent valuation would be obtained as to the market value of the use and occupation of the pub.

Such independent valuation did not ultimately occur, but proposals as to new terms were made during December 2006 and considered at a further board meeting in January 2007.  The minutes recorded: (i) that the meeting had been convened specifically for the purpose of discussing the Club’s relationship with Watersports and Mr Cohoon; and (ii) an express acknowledgement of a potential conflict of interest on the part of Mr Cohoon for which the directors had “due regard”.

At the next AGM in March 2007, the Chairman (ie, Mr Cohoon) reported on the matter and the conclusions drawn by the board in respect of new rent and management fees considered at the January 2007 meeting.  Following a further board meeting in May 2007, revised terms became effective from 10 May 2007 and remained in place until January 2017, when new directors, at odds with Mr Cohoon, were appointed.  Mr Cohoon resigned as a director and Watersports’s management agreement was terminated.

The Proceedings at First Instance

On 30 October 2017, the Club commenced proceedings alleging, inter alia, a failure by Mr Cohoon to declare the nature of his interest in the agreement at a board meeting, as required by section 317 of the Companies Act 1985 (in force at the time of the relevant agreement).

The Court of Appeal noted (at [7] of the judgment) that if there had been any breach of Mr Cohoon’s duty under section 317, then it was a highly technical one (likely giving rise to relief under section 1157 of the 2006 Act), as:

The trial judge, His Honour Judge Russen QC, found for the Club, and held that Mr Cohoon had failed to disclose a relevant interest because disclosure was required once the final terms of the contract between the director and the company had been established.  The terms had not been finalised until the May 2007 board meeting, at which point no disclosure of Mr Cohoon’s interest in the contract had been expressly made. The fact that he had previously disclosed his interest in Watersports at the January 2007 board meeting was deemed insufficient because the contract terms had not yet been finalised at that stage. The trial judge further considered the disclosure insufficient in the absence of independent valuations to determine whether the terms represented fair value.

Males LJ (with whom Stuart Smith and Henderson LJJ agreed) began by reviewing the language and purpose of section 317, and considered six matters to be relevant to the present case:

Drawing these strands together and applying them to the facts of the case, Males LJ concluded that Mr Cohoon had given sufficient disclosure for the purposes of section 317.

Males LJ considered, contrary to the view of HHJ Russen QC, that the May 2007 meeting (at which the terms of the management contract were finally agreed) could not be viewed in isolation from what had been raised in previous meetings—in particular, the January 2007 meeting at which Mr Cohoon had declared his interest.  This was “effectively incorporated” into the May 2007 meeting without needing to be repeated. For Mr Cohoon to have needed to repeat his conflict of interest “would have ‘served no conceivable purpose’ and ‘would have been mere incantation’” (per Simon Brown J in Runciman v Walter Runciman Plc [1992] BCLC 1084 at 1093f, cited at [55]).

Males LJ also considered it unnecessary for there to have been an independent valuation of the rent payable for the lease of the pub.  The board was fully aware that: (i) it had not been provided with such external valuations, and; (ii) of Mr Cohoon’s interest in the lease.  Accordingly, it was entitled to proceed.  The absence of an independent valuation would be relevant only to the question of whether Mr Cohoon had acted in good faith and in the best interests of the Club, neither of which were in issue between the parties.

Given that the Court concluded Mr Cohoon’s disclosure was sufficient (thus allowing the appeal), it did not consider it necessary to determine other issues on which it had heard argument.  Nevertheless, Males LJ observed that if the duty to declare an interest had arisen on or after 1 October 2008, such that section 177 of the 2006 Act applied (as opposed to section 317 of the 1985 Act), then it would not even have been arguable that there had been any failure to disclose a relevant interest.

The Court of Appeal’s judgment provides useful guidance on the duties of directors to disclose interests in contracts that arose before the current disclosure regime under the 2006 Act came into force (on 1 October 2008).  Of particular interest to practitioners will be the Court’s reliance on the principle of “effective incorporation”, whereby a disclosure raised at an earlier board meeting need not necessarily be repeated at a subsequent one in order to comply with a director’s duty under section 317. It is also clear that such disclosure will remain effective, even if the terms of a proposed contract giving rise to a conflict of interest were yet to be finalised.

The Court of Appeal’s judgment provides welcome clarity to directors facing potential liability for historic conflicts both in terms of the extent of their disclosure obligations and the practical steps which needed to be taken in order to discharge them. In so doing, the Court not only emphasised that the scope of the disclosure duty under the 1985 Act should be understood in light of the later 2006 regime, but also reinforced a commonsensical approach to determining questions of liability by reference to whether the breach complained of was only a matter of form as opposed to substance.