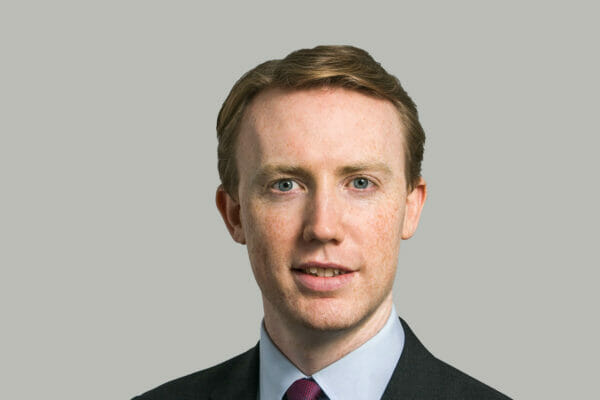 New requirements brought in during the Covid-19 pandemic have added to the potential procedural pitfalls facing creditors seeking a winding up order in recent months. They have also led to quite a lot of adjourned hearings and delays.

So, a recent decision of ICC Judge Jones – which appears to be the first decision of its kind under the new provisions – to retrospectively dispense with key notice requirements in schedule 10 of the Corporate Insolvency and Governance Act 2020 (‘CIGA 2020’) is interesting in providing a possible faster route to getting an order, even when all the boxes haven’t been ticked.

By way of background, from 1 October 2021, when the amended Schedule 10 came into force, no winding up petition may be presented unless:

It is the second and third requirements, referred to as ‘Condition B’ and ‘ Condition C’ in paragraph 1 of schedule 10, that were key to ICC Judge Jones’ decision.

Paragraph 1(9) of Schedule 10, gives the court a discretion to dispense with the notice requirements set out in Conditions B and C, and states as follows:

(9)  A creditor may at any time apply to the court for an order that, in respect of a specified debt—

(a)  conditions B and C shall not apply, or

(b)  condition C shall apply as if the reference to the period of 21 days were to such shorter period as the court may direct.

In Re Woodcrest Worldwide Limited, the debt related to arrears of rent, interest, and costs in excess of £17,000 arising from a residential lease taken out by the Company. The debt was, therefore, not caught by the restrictions on presenting winding up petitions in relation to commercial rent arrears, but the Petitioning Creditor did still need to comply with the other requirements of Schedule 10, CIGA 2020.

The winding up petition was presented on 21 January 2022 and came before ICC Judge Barber on 9 March 2022 for the first hearing. The Company did not attend the hearing and had not otherwise sought to contest the petition. However, ICC Judge Barber noted that the petition did not comply with the new Schedule 10 requirements because of the lack of a compliant notice and the matter was adjourned for seven days for the Petitioning Creditor to decide what order to seek.

Following that hearing, the Petitioning Creditor issued a formal application to dispense with the Condition B and C notice requirements, pursuant to paragraph 1(9) of Schedule 10, on the grounds that the company had had ample opportunity to engage and either pay the debt or make proposals to pay the debt but had failed to do so. That being the case, there was no benefit now to delay matters any further by requiring the petitioning creditor to give the notice and re-present the petition.

The matter came back before ICC Judge Jones on 16 March 2022. The Company, again, did not attend, and neither had it responded to or made any proposals for payment in response to the application to dispense with notice.

The Judge initially queried whether a better approach would be to adjourn matters to give the petitioning creditor time to comply with Schedule 10. In other cases of non-compliance with the new requirements this has emerged as the practice of the Winding Up court.

However, the Judge accepted the submissions on behalf of the Petitioning Creditor that there would be no benefit to an adjournment in circumstances where the Company had shown no interest in engaging with the petition despite repeated opportunities.

ICC Judge Jones made the order that Conditions B and C in paragraph 1 of Schedule 10 did not apply and proceeded to make the Usual Compulsory Order winding up the company. His reasoning was as follows:

There is no guidance within CIGA 2020 itself on the application of paragraph 1(9) of schedule 10 and this decision provides the first judicial guidance on the applicable principles.

The Judge’s finding as to the purpose of the provisions of schedule 10, and the decision to dispense with the requirements of notice where that purpose had effectively been satisfied (although the precise requirements had not) and/or the conduct of the company demonstrated that the it did not intend to make any proposals for payment, provide a useful steer as to the criteria the court might adopt on any future applications.

The schedule 10 requirements are due to end for petitions presented after 31 March 2022, and there is no announcement yet about any extension or other new measures. The Government has developed a habit of late announcements, so watch this space.

For any petitions presented prior to 31 March 2022, however, schedule 10 will continue to apply.

For practitioners who find themselves in a situation where the notice requirements have not been complied with shortly before or at a hearing of the petition, an application to dispense with notice is worth considering, especially if the company has not engaged.