Home > Re Debenhams Retail: do the wages of furloughed employees enjoy super priority in an insolvency?

Re Debenhams Retail: do the wages of furloughed employees enjoy super priority in an insolvency? 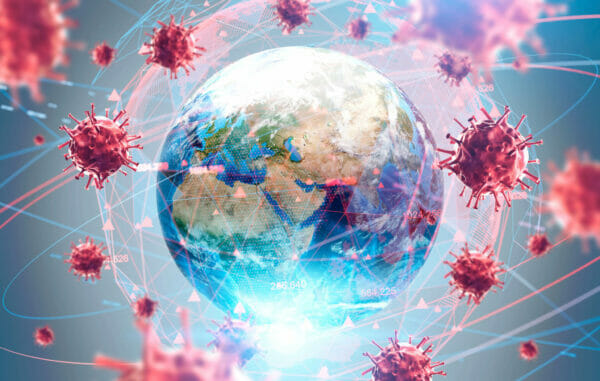 In this article, we examine the repercussions of Debenhams Retail Ltd, Re [2020] EWCA Civ 600

The Appellants were the Joint Administrators of Debenhams Retail Ltd (‘the Company’), which had entered into administration on 9 April 2020.  This had followed decisions in late March to place some 14,000 of its employees on furlough under the Government’s Coronavirus Job Retention Scheme (‘the Scheme’).

The Administrators considered that the purpose of the administration would be best furthered if the employees remained on furlough, with salaries paid up to the limits funded under the Scheme.

By an application made on 10 April 2020, the Administrators sought directions as to whether, by participating in the Scheme, they would be adopting the contracts of the furloughed employees within the meaning of Paragraph 99 to Schedule B1 of the Insolvency Act 1986 (the ‘Act’), and sought a declaration that none of the contracts of furloughed employees would be so adopted.

At first instance, by a decision made on 15 April 2020, Trower J declined to make the declaration, holding that, in the circumstances, it was likely that the Administrators would thereby adopt the contracts of employment.

The relevant provisions of Paragraph 99 of Schedule B1 are as follows:

(a) charged on and payable out of property of which the former administrator had custody or control immediately before cessation, and

(b) payable in priority to [the former administrator’s remuneration and expenses] under sub-paragraph (3) .

(5) Sub-pargraph (4) shall apply to a liability arising under a contract of employment which was adopted by the former administrator or a predecessor before cessation;  and for that purpose—

(a) action taken within the period of 14 days after an administrator’s appointment shall not be taken to amount or contribute to the adoption of a contract,

The term “adoption” for the purposes of subparagraph (5) is not defined in the Act. Its meaning was considered in Powdrill v Watson, Re Paramount Airways Ltd [1995] 2 AC 394; Lord Browne-Wilkinson said (at 449A-B):

“Adoption […] can only connote some conduct by the administrator or receiver which amounts to an election to treat the continued contract of employment with the company as giving rise to a separate liability in the administration or receivership.”

Lord Browne-Wilkinson considered the authorities and summarised his conclusions at 452C:

“(a) for the purposes of both section 19 and section 44 an employee’s contract of employment is “adopted” if he is continued in employment for more than 14 days after the appointment of the administrator or receiver;

(b) it is not possible for an administrator or receiver to avoid this result or alter its consequences unilaterally by informing the employees that he is not adopting their contracts or only doing so on terms;

(c) in the case of both administration and receivership the consequence of adoption of contracts of employment is to give priority only to liabilities incurred by the administrator or receiver during his tenure of office.”

David Richards LJ, giving the judgment of the Court (comprising also Vos C and Bean LJ) rejected the submission that Lord Browne-Wilkinson’s requirement for “some conduct by the administrator or receiver which amounts to an election” meant that the conduct must evidence an actual intention of the administrator, even if objectively determined, to continue the employment contracts.  Rather, at [53], the Court held:

“It is a question of law: is the conduct of the administrator such that he must be taken to have to accept that the relevant amounts falling due under the employment contract enjoy super-priority? It is a wholly objective question, focussed entirely on the conduct of the administrator. As Lord Browne-Wilkinson repeatedly said, the issue is whether the officeholder has “continued” the employment of the relevant employees. This is the essence of the test propounded by him. If the officeholder has continued their employment, in other words has taken active steps to continue their employment, that necessarily results in super-priority for the relevant liabilities under the contracts of employment.”

“What Lord Browne-Wilkinson was pointing out was that it was important to find some conduct on behalf of the administrator or receiver which could be treated as an election or could be regarded as him exercising a choice as to whether or not the contracts of employment were to be adopted […] It is necessary to look at the facts and to decide whether there has been some conduct by the administrator or receiver which can legitimately be treated as an election to continue the contract of employment.”

Applied to the Scheme, the Court of Appeal considered that the following facts supported the conclusion that the administrators had continued the employment of the furloughed employees:

This judgment will be welcome news to employees who are doubly affected by the lockdown measures, namely those whose salaries have been reduced while on furlough and whose employer is also in administration.  It is clear that in such circumstances, wages paid under the Scheme will continue to enjoy ‘super-priority’ ahead of the administrators’ own remuneration and expenses.

The case is also a useful reminder that contracts of employment are wider in scope than merely contracts for the provision of labour in return for remuneration.  Notwithstanding the fact that furloughed employees were not at the time permitted to provide their labour, the Court drew attention to the fact that contracts of employment often contain other obligations, such as those preventing certain types of competition, which are undoubtedly of value to a company in administration and for which it is worth the company continuing the contract of employment.