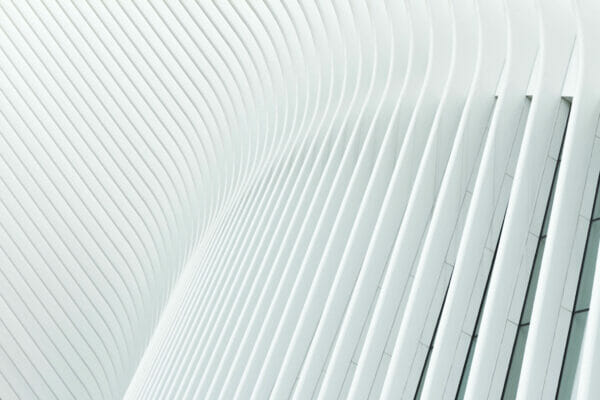 The claimants sought to continue a fraudulent misrepresentation claim against two defendants who had been served out of the jurisdiction, but the Court held that the jurisdictional gateways relied upon under Practice Direction 6B were not made out.

The claimants had sought to engage (i) the ‘necessary and proper party’ gateway (paragraph 3.1(3)) and (ii) the ‘tortious acts committed within the jurisdiction’ gateway (paragraph 3.1(9)(b)). In relation to (i), the Court held that there was no real claim against the anchor defendant (any such claim was capable of being summarily dismissed), and so this gateway was not open to the claimants. In relation to (ii), the Court held that the claimants had failed to show that their alleged losses “resulted from substantial and efficacious acts committed within the jurisdiction”. The substantial and causative acts in fact occurred abroad; the events which took place in London were at most minor and insignificant.

The decision is of significance to parties who seek to bring English proceedings against foreign defendants on the basis of tortious acts committed within England and Wales. A claimant seeking to engage this gateway will need to set out cogent evidence that its loss did in fact result “from substantial and efficacious acts committed within the jurisdiction”, and should take care to ensure that such evidence will stand up to detailed scrutiny.

In applying the gateway, the court will be astute to assess not only the intrinsic potency of the particular acts that occurred within the jurisdiction, but also their significance in the context of all the other facts and matters relied upon in the claim. As the Court of Appeal has previously held and as restated in this case, “it would contravene the spirit and the letter of the rule if jurisdiction was assumed on the strength of some relatively minor or insignificant act having been committed here.”

The claimants were minority shareholders in an Indian company, Hermes, which at one point operated India’s largest e-commerce network. The Second and Third Defendants (“D2” and “D3”) were the founders and, prior to the sale, the majority stakeholders in Hermes.

The claimants alleged that D2 and D3 had received the German company’s offer prior to their acquisition of the claimants’ shares. They alleged that they were induced to sell their shares by a series of fraudulent misrepresentations concerning (i) the performance of Hermes, (ii) the value of the claimants’ shares, (iii) the attractiveness of the offer being made for the shares, and (iv) the identity of the ultimate purchaser. It was alleged that these fraudulent misrepresentations were made in the course of a number of phone calls from India or Singapore, at a meeting in Chennai, and across a series of meetings in London.

The proceedings were commenced in October 2017 and were served upon D1, an English company, and D4, an individual based in Singapore who did not contest jurisdiction. In February 2018, Andrew Baker J gave permission to serve the claim on D2 and D3 out of the jurisdiction at their last known addresses in Chennai. D2 and D3 applied, inter alia, to set aside the order giving permission to serve out.

The Court held that neither gateway was satisfied.

The Necessary and Proper Party Gateway (paragraph 3.1(3) of 6BPD)

The court may give permission to serve out where:

(a) there is between the claimant and the defendant a real issue which it is reasonable for the court to try; and

(b) the claimant wishes to serve the claim form on another person who is a necessary or proper party to that claim.”

D2 and D3 claimed that there was no real claim as between the claimants and D1, who was the ‘anchor defendant’. Where this point is taken, the court will apply the summary judgment test (see paragraph 10), which requires the court to determine simply whether the claim against the anchor defendant has a real prospect of success.

The claimants contended that D1 was represented by D4 in two telephone conversations in which D4 made a series of fraudulent misrepresentations. On the claimants’ case, the misrepresentations were therefore to be attributed to D1 and/or D1 was vicariously liable for the same.

The judge rejected both arguments, holding that the claimants had failed to show that their claim against D1 was more than merely fanciful or imaginary. That claim could therefore be rejected summarily. The judge reached this conclusion after finding that there was no evidence that D4 made the representations on D1’s behalf. The contention that D1 was vicariously liable for the representations was dismissed as “mere assertion” (see paragraph 16).

Finally, it should not be overlooked that the Court considered the history of the claimants’ conduct and observed that the claimants did not assert a claim against D1 until relatively late in the day, in circumstances that suggested that it was only when they decided to bring proceedings in the English courts that a claim against D1 was considered (see paragraph 15).

The Tortious Acts Committed within the Jurisdiction Gateway (paragraph 3.1(9)(b) of 6BPD)

The court may give permission to serve out where a claim is made in tort and:

“… damage which has been or will be sustained results from an act committed, or likely to be committed, within the jurisdiction.”

In order to pass through this gateway, the claimants had to establish a good arguable case by plausible evidence that their alleged losses “resulted from substantial and efficacious acts committed within the jurisdiction” by D2 and D3 (see paragraph 23 and Metall und Rohstoff v. Donaldson [1990] 1 QB 391, per Slade LJ at 437F-G). In a misrepresentation case, this will generally be the place where the representations were made.

The claimants relied upon four events in this regard: three meetings in London and the subsequent sale of the Hermes shares to the German company.

In relation to Meetings 1 and 3, the judge held that what was said and done was at best of minor importance. The relevant meetings could properly be characterised as insignificant in the context of the other “obviously substantial and efficacious” events which did in fact induce the claimants to enter into the transaction. Those events, of course, happened abroad.

The judge held that Meeting 2 could not assist the claimants at all, as it was not even alleged that D2 or D3 were present or otherwise participated at the meeting. The fact that the claimants’ solicitor described the meeting as “a key component of the overall fraudulent scheme” did not explain how that could be.

“the acts to be considered must be those of the putative defendant, because the question at issue is whether the links between him and the English forum are such as to justify his being brought here to answer the plaintiff’s claim” (see paragraph 35 and Metall und Rohstoff v. Donaldson at 437G).

Finally, the Court acknowledged that in some cases it will be appropriate to consider all the facts and matters in the round. In the present case, however, such an approach would not affect the conclusion. Two of the four events were held immaterial for reasons of principle, rather than being merely insufficiently substantial or efficacious. As to Meetings 1 and 3 which were held to be minor and insignificant events when looked at individually, the judge held that they gained no greater weight when considered together.