Home > Surely, I’m Insured?! Is a defendant insured only when sure the insurer will pay out?

Surely, I’m Insured?! Is a defendant insured only when sure the insurer will pay out? 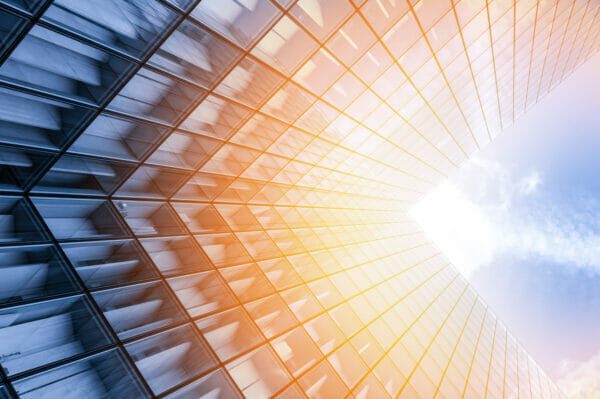 The Claimant was employed as a labourer by the Second Defendant (‘YKS’) who, in turn, were engaged by the Appellant Fourth Defendant (‘Buttar’) as an independent brickwork contractor. The First and Third Defendants were individuals who controlled the Second and Fourth Defendants.  The Claimant suffered catastrophic injuries at a building site and brought proceedings in negligence against, inter alia, YKS, as his employer; and Buttar, as the main contractor on site. The Court recognised that there was a compelling need for an interim payment to fund an appropriate rehabilitation package for the Claimant if he was able to satisfy the legal requirements for obtaining the same.

(e) in a claim in which there are two or more defendants and the order is sought against any one or more of those defendants, the following conditions are satisfied –

(i). the court is satisfied that, if the claim went to trial, the claimant would obtain judgment for a substantial amount of money (other than costs) against at least one of the defendants (but the court cannot determine which); and

(ii). all the defendants are either –

(a) a defendant that is insured in respect of the claim;

YKS and Buttar had taken out Employers’ Liability and Public Liability policies respectively. Both insurers reserved their rights and neither policy had been disclosed. The question raised (and the focus of this case comment) was whether in these circumstances YKS and Buttar could be said to be “insured in respect of the claim”.

At first instance, HHJ Bird, having satisfied himself that the damages in the case would be substantial, considered whether the Defendants were “insured in respect of the claim” for the purposes of CPR 25.7(1)(e)(ii)(a). He held that:

“it may be in due course that one or the other [insurers] will repudiate, but until repudiation takes place (whether the repudiation has the effect of completely rendering the policy void ab initio […] or not) as of today the defendants are insured.”

HHJ Bird held that the pre-conditions specified in CPR 25.7(1)(e) were satisfied, but also recognised that this only meant he had a discretion under the rule.  HHJ Bird took the view that whether or not the insurers were likely to repudiate was a matter which was relevant to the exercise of his discretion and considered the submission that, following O’Driscoll v Sleigh (1984) WL 978567, no interim payment should be ordered if it is reasonably likely that an insurer will not pay out the relevant sum.  On the present facts, however, there was nothing to suggest that there was any immediate prospects of repudiation; HHJ Bird therefore considered the evidence before him was a ‘loose ground’ upon which to base such submission.  Another matter identified by the Judge as material to his exercise of the discretion was that, in accordance with the provisions of CPR 25.8, the court could at trial order repayment of any interim payment that he made now if it was appropriate to do so.

Taking these and other matters into account, HHJ Bird decided to exercise his discretion in favour of making an interim payment.

Stuart Smith LJ (with whom Elisabeth Laing and Peter Jackson LJJ agreed) considered the common practice of insurers to reserve their position under a policy, noting (at [16]) that the practice is both well-known and frequently invoked. The purpose of the practice is to enable an insurer to take steps to establish whether it is liable to indemnify its insured without prejudicing its position while doing so. It avoids insurers from having to take a premature decision as to whether to confirm or decline cover under the policy, or to avoid and/or repudiate the policy.  Critically, the policy remains extant during this period of the reservation of rights; by definition, cover has not been declined, nor has the policy been avoided or repudiated.  The insured thus remains insured and will remain insured until their insurance has been brought to an end.

Stuart Smith LJ rejected the submissions made on behalf of Buttar that the word “insured” in CPR 25.7(1)(e)(ii)(a) should be interpreted as meaning “the defendant’s right to be indemnified has been confirmed”. He held that:

It is not what the rule says.

Stuart Smith LJ emphasised that the Court was not in a position on the material before him to make an assessment of the validity of the decision of the insurers to reserve their position. He observed that it would be highly undesirable to interpret the requirement of the rule as dependent on or determined by the decision of the insurers to reserve their rights when their reasons for doing so would seldom if ever be capable of scrutiny by the Court on an application for an interim payment.  Such application would not be the appropriate forum for attempting to resolve the issues of fact and law that may arise on a purported avoidance or repudiation.

Accordingly, Stuart Smith LJ considered that, notwithstanding that the insurers had reserved their position, and it was not yet clear whether the Defendants would be entitled to an indemnity, the Defendants were “insured in respect of the claim” for the purposes of CPR r. 25.7 (1)(e). For this, and other reasons, the appeal was dismissed.

The case provides some useful clarity on the meaning of “insured” under CPR r. 25.7 (1) (e) as well as clarifying that an interim payment application is not the correct forum in which to resolve issues of insurance coverage, which often raise complex factual and legal issues.

Of particular importance to insurers and insured parties are a number of comments made by the Court of Appeal:

One question left open by the decision is whether a different approach will or should be taken if, at the time of the application, there are strong indications that the insurer will likely decline cover or repudiate. However, given the Court’s express reluctance to scrutinise the insurance position in any depth at an interim hearing, it may be expected that the Court will adopt a cautious approach and avoid determining coverage issues at this juncture.

Overall, the decision will come as a relief to insurers since (a) an order for an interim payment is in no way a determination as to whether there is coverage and (b) they remain entitled to reserve their position without the risk of the same being determined at a hearing in which they play no part. For parties applying for interim payment orders, the decision removes a potential barrier to obtaining the same. It is altogether less clear whether a Court will hold that subsequent repudiation by the insurer would provide sufficient grounds for a repayment from the applicant under CPR r. 25.8(2)(a). Furthermore, insured parties may now find themselves liable to make interim payments without yet knowing if their insurer will confirm cover.  The decision may raise further questions as to which party will bear the burden of losses in the event that insurers repudiate before judgment is given in the matter.