Home > “The law is not in a state of flux”: The Court of Appeal clarifies when public authorities may owe a duty of care

“The law is not in a state of flux”: The Court of Appeal clarifies when public authorities may owe a duty of care 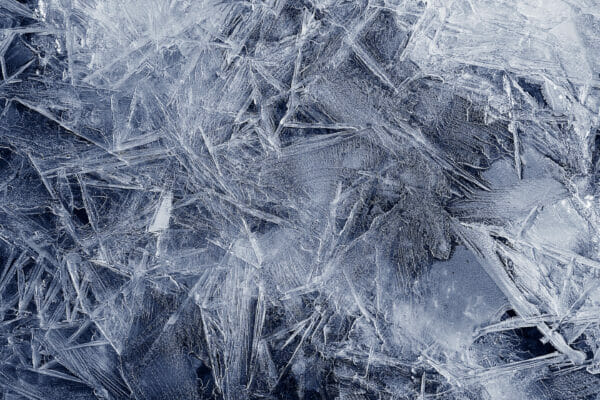 The very recent Court of Appeal decision in Tindall & Anor v Chief Constable of Thames Valley Police & Anor [2022] EWCA Civ 25 clarifies when public authorities may owe a duty of care. The key question was whether police officers who attended a road traffic accident caused by black ice owed a duty of care to make the road safe for subsequent motorists: it was held that no duty was owed.

The proceedings arose out of a fatal road traffic accident which occurred at 5:45am on 4 March 2014. The Claimant was the widow and administratrix of the estate of her late husband, Mr Malcolm Tindall. Mr Tindall was involved in a head-on collision with Mr Carl Bird whilst driving along the A413 between Wendover and Amersham. Mr Bird had been travelling in the opposite direction and skidded on black ice. Sadly, both men were killed.

One hour prior to the tragic fatal accident, there had been another accident, whereby a Mr Kendall’s vehicle had skidded on the same stretch of black ice. His car had rolled over into a ditch, causing him to suffer injuries for which he was taken to hospital by ambulance. Coincidentally, Mr Kendall had worked as a road gritter and was familiar with the stretch of road. Before the arrival of the emergency services, Mr Kendall started to warn oncoming vehicles by signalling to them to slow down. The Chief Constable’s police officers arrived and cleared debris from the road, and they erected a “Police Slow” sign by the carriageway. About 20 minutes or so before the fatal accident between Mr Tindall and Mr Bird, the police officers departed the scene and took their “Police Slow” sign with them. It was alleged that the police officers’ conduct both at the scene and upon departure was negligent and that the Chief Constable was vicariously liable to the Claimant in tort.

The Chief Constable applied to strike out the Claim as disclosing no reasonable cause of action, or alternatively, for summary judgment. Master McCloud considered that the case law showed that what amounts to an intervention which makes things worse is a fact dependent exercise. Therefore, it could not be said that the case as pleaded disclosed no good legal grounds or had only fanciful prospects of success. The application was therefore dismissed. The Chief Constable appealed against the Master’s refusal.

The grounds of appeal

There were three grounds of appeal:

In essence, the Chief Constable submitted that the law concerning when a public authority may owe a duty of care is settled by recent decisions of the Supreme Court, which reassert principles that can be traced back to East Suffolk Rivers Catchment Board v Kent [1941] AC 74. The Claimant submitted that the police assumed responsibility so as to create a special relationship between them and Mr Tindall as one of the limited classes of road users and therefore came under a duty to protect him from harm.

What did the Court decide?

The appeal was allowed.

It was held that the police officers who attended the scene did not owe a duty of care to subsequent motorists. Where a statutory authority (including the police) was entrusted with a mere power it could not generally be made liable for any damage it sustained by a member of the public by reason of a failure to exercise that power (East Suffolk Rivers Catchment Board v Kent [1941] AC 74; Stovin v Wise [1996] AC 923).

In reaching the decision, the Court also relied on the following principles as established in previous authorities (see Tindall at 54 for the full list of principles):

The Court considered that previous authorities set out a clear distinction between the police acting ineffectually versus making matters worse. Whilst the police failed to take steps which might have prevented harm, they did not make matters worse, but simply left the road as they found it. As for the final ground of appeal, the Court considered that the pleaded facts were clear and there was no reason to believe that a trial would lead to a different outcome.

Tindall is an important decision which states that the police will only be held to have assumed responsibility to an individual member of the public to protect them from harm in limited circumstances. One of the key take-home messages is as follows: the case concerned officers coming across a potential danger (the existence of which they had not been responsible) and this is not to be equated with a case in which a public authority has been responsible for the creation of the danger by the manner in which it has exercised control, or has failed to exercise control, over a third party.

The Judgment provides a compendious summary of the current position of the law. Paragraph 54 is especially crucial because it sets out the body of case law concerning public authorities which the Court relied upon in reaching its decision. As per the concluding remarks by Lord Justice Stuart-Smith: “The law is not in a state of flux. On the contrary, the law is settled by successive decisions that are binding upon this court.”