Home > The primacy of insolvency law over construction law

The primacy of insolvency law over construction law 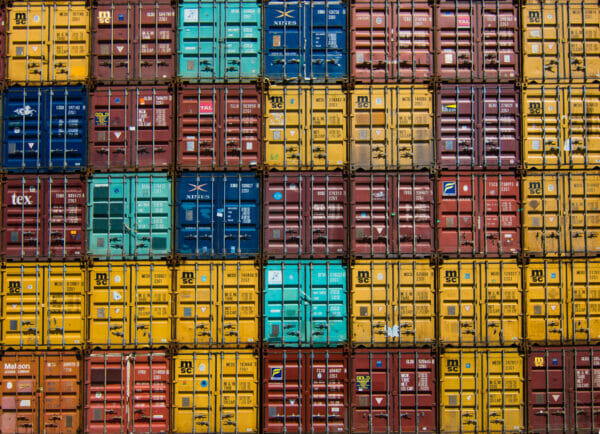 With the Court of Appeal’s decision in Bresco Electrical Services Ltd v Michael J Lonsdale (Electrical) Ltd just a few weeks old, it is hardly surprising that people are looking again at the relationship between insolvency law and adjudication, noting that in cases of liquidation where parties have a cross claim, construction law defers to insolvency law.

Gregg Nowak Ltd (GNL) was employed by CSS Electrical Distributors (CSS) to undertake construction works. A dispute arose when GNL failed to complete the contract by the original completion date of 30 April 2009. As a result, CSS issued a withholding notice to GNL with the consequence that GNL then referred the dispute to adjudication.

The adjudicator decided that GNL was entitled to be paid. Key to that decision was the fact that the architect had issued an extension of time on 12 October 2010, revising the completion date to 6 December 2009. Although practical completion was achieved in March 2010 (which was after the revised completion date), the architect had failed to issue a further notice of non-completion. Consequently, CSS was not entitled to withhold payment and GNL succeeded in the adjudication on a technicality.

The matter did not end there. Shortly after the adjudication, the architect issued a second certificate of non-completion and CSS served further withholding notices. CSS failed to satisfy the adjudication award and GNL commenced enforcement proceedings. The parties then agreed a consent order which, among other things, required CSS to pay to GNL the adjudicator’s award in instalments.

However, it quickly transpired that there were complications:

HHJ Bailey rejected the application to lift the stay of enforcement. He held that there had been no material change in the circumstances since the stay was ordered and the facts were not misstated in the hearing in front of HHJ Hand QC.

Crucially, he had to decide two key issues that were put to the court:

GNL’s position was that the issues in dispute had been “finally determined” in accordance with section 108(3) of Construction Act 1996. According to GNL, this was because the adjudicator’s decision had not been challenged at the time, and because the parties had agreed to a consent order. In essence, GNL argued that the consent order had crystallised the adjudicator’s award into a binding judgment in respect of the issues between the parties.

Therefore, any further litigation or arbitration instituted by CSS in respect of the underlying dispute would be estopped on the basis of the principle of res judicata.

The importance of this is that it was CSS’ position that its cross-claims showed that there remained special circumstances justifying the imposition (or continuance) of the stay. This was because it was unlikely that GNL in liquidation would be in a position to repay monies paid in respect of an adjudicator’s award in the event that CSS was successful at the end of a substantive trial (as per Bouygues (UK) Ltd v Dahl-Jenson (UK) Ltd and Wimbledon Construction v Vago).

HHJ Bailey rejected the res judicata argument, finding that the adjudicator’s award was only temporarily binding and the consent order only concerned the enforcement proceedings. CSS was free to litigate the substantive dispute between the parties.

In addition to res judicata, GNL also argued that CSS was not entitled to assert its cross-claims because it could not prove that its claims had a “reasonable prospect of success”.

In contrast, CSS argued that, in the context of a stay on enforcement of an adjudicator’s award, the court only had to determine whether the claims were “arguable”. The court was not tasked with determining the substantive merits of the claim. CSS relied on Edwards-Stuart J’s judgment in Anrik v AS Leisure Properties. Further, as this was an application by GNL to vary HHJ Hand QC’s order, CSS argued that the burden was on GNL to establish that CSS’ claims were unarguable. This placed a very high burden on GNL.

HHJ Bailey accepted CSS’ submissions and held that the correct test was merely whether the claims were arguable. That being so, he held that, in any event, CSS would have been able to demonstrate that most of its cross claims had reasonable prospects of success.

The key take-away for legal practitioners is that, in the context of staying the enforcement of adjudication awards, the test for considering the merits of cross claims is whether such cross-claims are arguable. This is substantially easier than establishing that the claims have reasonable prospects of success.

Where a stay has already been imposed and the insolvent party is seeking to lift it, it should be noted that the burden of proof is reversed and the applicant has to show that the cross-claims are unarguable.

A practical benefit of this test is that, in an application of this kind, parties will not be forced to incur the costs of expensive expert evidence. This is important as there is no guarantee that such costs would be recovered where one of the parties is in liquidation.

More generally, the result in this case aligns with the Court of Appeal’s judgment in Bresco v Lonsdale, where the Court of Appeal held that although there was no jurisdictional bar against an adjudicator determining cross-claims against an insolvent claimant, it would be redundant and futile to allow the adjudication; Coulson LJ states:

“… judgment in favour of a company in insolvent liquidation (and no stay), in circumstances where there is a cross-claim, will only be granted in an exceptional case.”

This was justified on grounds of practical utility. As Coulson LJ explains:

“… if we assume that the company in insolvent liquidation is successful in the adjudication and that, for whatever reason, summary judgment is granted, the responding party would then have to bring its own claim in court to overturn the result of the adjudication… The obvious risks would be that any recovery may be rendered difficult or impossible by the liquidation, and that further costs would be lost in any event.”

Rajiv acted for CSS in the hearing before HHJ Bailey.