Home > But the Assets are Already Frozen! Where Civil Freezing Orders and Criminal Restraint Orders Collide

But the Assets are Already Frozen! Where Civil Freezing Orders and Criminal Restraint Orders Collide 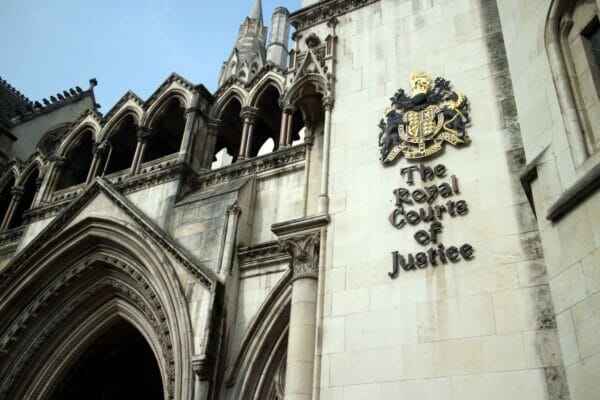 The Claimants were two companies and their respective administrators, who alleged in the main proceedings that substantial sums had misappropriated, by or for the benefit of the Defendants, or otherwise in circumstances giving rise to liability on the part of the Defendants.

Independently of the present proceedings, criminal restraint orders (“CROs”) had been made, on application by the Serious Fraud Office (“the SFO”), against the Defendants under the Proceeds of Crime Act 2002. The CROs restrained them from disposing of any of their assets, wheresoever situated, save for in accordance with the terms of the CROs.  At the time of the present appeal, the CROs remained in force.

The Deputy Judge declined to grant the proprietary injunction. Notwithstanding that he was satisfied there was a serious issue to be tried, he considered that the proposed orders lacked sufficient specificity in respect of the assets to be frozen.

The Claim Form was issued on 27 August 2020. The application, made on notice to the Defendants, to continue the freezing orders was heard on 7 September 2020.  The Judge acceded to that application and granted the order sought. The Defendants had resisted the continuation of the freezing orders on the specific ground that, in light of the CROs, the Claimants could not establish a real risk of dissipation of their assets, and were granted permission to appeal by the Judge.

David Richards LJ, with whom Simler and Nugee LJJ agreed, focused on the first ground of appeal, which he considered raised the point of principle: that the courts below should have refused to make the order on the grounds that the existence of a prior CRO removed any real risk of dissipation of assets. The existence therefore of a prior CRO was “fatal to any submission that there was a real risk of dissipation” and was a factor that “should prima facie have resulted in no freezing order being made.”

David Richards LJ considered at [19] the statutory regime applicable to CROs, which may be summarised as follows:

David Richards LJ then considered the authorities, and drew attention to the following factors:

David Richards LJ considered these two factors “relevant and legitimate” for a court to consider when deciding to make a freezing order in the present circumstances.  Whilst the factors are not determinative in favour of making a freezing order, neither is the existence of a prior CRO determinative against making such order.

The Judge below had, therefore, rightly considered the two factors, before focusing on several further aspects:

David Richards LJ therefore concluded that the Judge had duly acknowledged the prior existence of the CRO as a relevant factor in the exercise of his discretion, but equally acknowledged its possible shortcomings in guarding against a risk of dissipation, before weighing those factors in the circumstances of the case. Accordingly, it was not open for the Court to interfere with his decision.

Having considered the other grounds of appeal, which related to the procedural fairness of maintaining both a CRO and freezing order against the Defendants, David Richards LJ concluded that none of them were well founded.

The appeal was accordingly dismissed.

This case marks a juncture between what may broadly be termed asset preservation orders in civil and criminal proceedings.  The present appeal makes clear that there is, in principle, no reason why both cannot subsist over the same assets.  There are many practical reasons, such as information sharing between the SFO and a claimant in civil proceedings as to variations in a CRO, why a claimant in civil proceedings is entitled to his own order which remains under his control to safeguard his position.  It is clear, however, that the decision to grant a freezing order where a CRO is in existence remains discretionary and will, therefore, require consideration of all the circumstances of the case.

The fundamental reason why both a CRO and freezing order may be granted in respect of the same defendant’s assets, however, lies in the distinction between public and private proceedings; and the fact that a claimant is entitled to protect his own private interests in civil proceedings, notwithstanding that his means to do so may overlap with measures taken by the SFO in the public interest.  This point is, perhaps, driven home by consideration of the case of the proprietary injunction. Although this did not feature heavily in the present appeal (the Deputy Judge having declined to grant the proprietary injunction), the principle that assets to which a claimant has a proprietary claim would be removed from the scope of the SFO demonstrates that the two sets of proceedings pursue different aims.