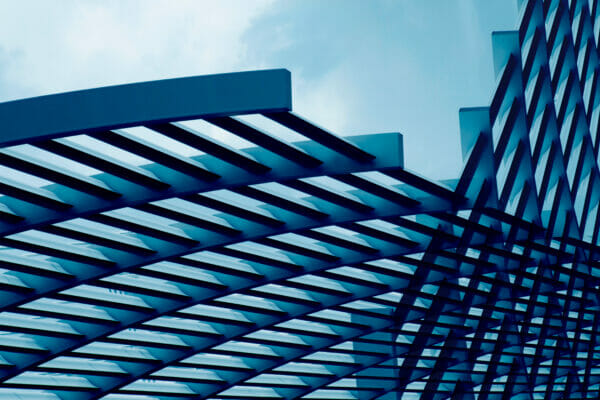 The recent case of Buttar Construction Ltd v Arshdeep [2021] EWCA Civ 1408 considered the issue of whether an insured Defendant ceases to be “insured in respect of a claim” for the purpose of CPR r 25.7(1)(e) if the insurer reserves its position, or it is unclear if the insurer will pay out under the policy or decline cover.  HHJ Bird (whose decision was affirmed by the Court of Appeal) held that, notwithstanding that the insurers had reserved their position, and it was not yet clear whether the Defendants would be entitled to an indemnity, the Defendants were “insured in respect of the claim” for the purposes of CPR r. 25.7 (1)(e).   One matter that HHJ Bird identified as material to his exercise of the discretion to order an interim payment was that, in accordance with the provisions of CPR 25.8, the court could at trial order repayment of any payment ordered now if it was appropriate to do so.

In our case comment, we noted one of the practical implications of the case to be that insured parties may find themselves liable to make interim payments without yet knowing if their insurer will confirm cover.  This then raised a further question as to which party will bear the burden of the losses in the event that the insured defendant complies with an order to make an interim payment, but the insurers subsequently repudiate.   Will the claimant be ordered to repay the part or the full amount under CPR r. 25.8(2)(a)? And, more broadly, if the prospect of an insurer actually paying out is not key to obtaining an order for an interim payment, what is the purpose of the insurance requirement anyway?

This article considers what might happen if the conditions set out in CPR r. 25.7(1)(e)(ii)(a) are subsequently found to be missing.

(e) in a claim in which there are two or more defendants and the order is sought against any one or more of those defendants, the following conditions are satisfied –

(i) the court is satisfied that, if the claim went to trial, the claimant would obtain judgment for a substantial amount of money (other than costs) against at least one of the defendants (but the court cannot determine which); and

(ii) all the defendants are either –

(a) a defendant that is insured in respect of the claim;

CPR r 25.7 is an exception to the general principle that a defendant has a right not to be held liable to pay until liability has been established by a final judgment. The Court has no inherent power to order payment on account (Moore v Assignment Courier Ltd [1977] 1 W.L.R. 638; [1977] 2 All E.R. 842, CA).

The power to order interim payment was first established following recommendations by the Winn Committee in 1968 with the objective of mitigating the hardship to claimants making well-founded personal injury claims caused by the long delay between the issue of proceedings and payment of damages.  Buttar itself was a personal injury claim. There, the claimant had suffered an undisputed ‘catastrophic’ injury and the Court recognised there was a compelling need for an interim payment to fund an appropriate rehabilitation package.

The Winn Committee envisioned that the exceptional power to order interim payments would be of particular use where (a) the defendant has admitted full liability; (b) liability has been established by an interlocutory judgment with damages to be assessed; (c) two defendants have been sued who blame each other, but do not allege contributory negligence, provided all Ds are “insured and damages are likely to be substantial”.

In Buttar, Stuart Smith LJ (with whom the other members of the Court agreed) accepted that the purpose of CPR 25.7(1)(e)(ii) is to ensure that defendant against whom an order for an interim payment is made will have the resources to comply with the order. Stuart Smith LJ, however, (at [13]) differentiated this from the separate question as to whether a respondent’s insurers would, in fact, pay out.

There are both similarities and differences with the predecessor provision, RSC Ord. 29, r.11(2)(c).  This expressly stated that an interim payment order could not be made against a defendant in a personal injury claim who, assuming he was not insured, was not “a person whose means and resources are such as to enable him to make the interim payment”.

The authorities on the older provisions make it clear that the means and resources of the defendant were relevant in disputes unrelated to personal injury claims (Jones v Tower Hamlets LBC (1996) 19(11) I.P.D. 19103, CA). If the defendant’s resources were such that an order for interim payment would cause irremediable harm which could not be made good by eventual repayment, this would be a highly relevant factor to be taken into account in fixing the amount of any interim payment (British & Commonwealth Holdings Plc v Quadrex Holdings Inc [1989] Q.B. 842; [1989] 3 All E.R. 492, CA).

“I read the purpose of that sub-rule as making provision for interim payments only to be ordered where it is likely that the order will be met. (a) refers to a person who is insured in respect of the plaintiff’s claim. If there is an insurance company standing behind the defendant, it can be assumed that the insurers will meet the interim payment. (b) If it is a public authority, the same assumption can be made, and (c) if the person has the means and resources to enable him to make the interim payment, again one can assume that it will be met. Its obvious purpose is to ensure that costs and time are not wasted in making applications for interim payments which, however meritorious, have no realistic likelihood of being met.”

On its face, CPR r. 25.8(2)(a) allows the Court to order that the full amount of an interim payment be repaid. In practice, this would usually occur after a final award of damages. The White Book comments (at para 25.8.4):

“… In the unlikely event that the amount of the interim payment should exceed the amount of the final award for damages, debt or other sum, the court will order the claimant to repay the difference to the defendant who made the payment (see r.25.8(2)(c)).”

But the question which arises out of the decision in Buttar, is whether the Court could order repayment under CPR 25.8 (2)(a) in circumstances where there has yet to be a final determination on liability or quantum and all that has changed is that the condition of insurance under CPR r. 25.7(1)(e)(ii) is subsequently absent?

The power to order interim payments under CPR 25.7(1)(e) is to be exercised in cases where the likelihood that the claimant will succeed is high.  CPR 25.7(1)(e)(i) provides: “the court must be satisfied that the claimant would obtain judgment for a substantial amount of money.” Moreover, attention is drawn in the White Book Vol II at para 15-104 to the high threshold a claimant must meet in any application for an interim payment:

The Purpose of the Insurance Requirement

Under CPR r.25.7(c), the Court may order an interim payment against a defendant, where it is satisfied that if the claim went to trial, the claimant would obtain judgment for a substantial amount of money (other than costs) against that defendant. There is no requirement that the defendant be insured. The insurance requirement is only relevant where there are two or more defendants, the order is sought against one or more of the defendants, and the Court cannot determine which will be liable to the claimant for a substantial amount of money but is, nonetheless, satisfied that one or more will be liable. Given that the Court can make an order for an interim payment against a single defendant without requiring that the defendant be insured, why does the CPR require insurance cover where there are two defendants?

According to O’Driscoll (cited above), the purpose of the insurance requirement, at least in respect of RSC Ord. 29, r.11(2)(c), is to ensure the payment is made, thereby deterring unmeritorious applications for interim payments.  As such, the insurance requirement can be seen as a type a procedural safeguard in line with the modern overriding objective under the CPR.  However, O‘Driscoll provides no guidance on CPR r 25.7 which, as noted above, is in expressly different terms.  In particular, there is no equivalent bar in the modern CPR against making an application against a person whose means and resources are not such as to enable him to make the interim payment.

The answer, it is suggested, may be that the Court is ordering a party to pay before it can properly say that that party will lose. Under CPR r. 25.7(1) (e)(ii), the Court is being asked to make an order against parties, where it is unable to decide (with the same certainty as is required under CPR r. 25.7(1)(c)) which of those parties will be liable to pay the claimant the substantial sum if the case went to trial. The defendants are stripped of this protective requirement. Of course, where insurance is in place, the potential damage caused by the making of an order under CPR r. 25.7(1)(e)(ii) is mitigated. However, where insurance ceases to be in place, the defendants have been effectively stripped of both safeguards: (a) the high likelihood of liability, and (b) the protective insurance cover.

In our view, the situation where a defendant who has been ordered to make payment under CPR r. 25.7(1)(e)(ii) subsequently finds themselves uninsured, would likely merit repayment of some sort. On its face, CPR 25.8 is capable of applying before a final award of damages is made.