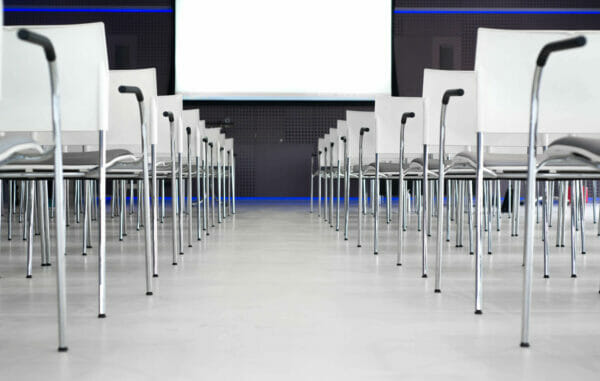 You have instructions to commence proceedings for damages for personal injury against a defendant company only to find that the company has entered in to a Company Voluntary Arrangement (“CVA”). What procedural issues arise and what steps should be taken?

What is a CVA?

Does the CVA provide for a moratorium?

Part 1, Section 1A and Schedule A1 of the 1986 Act provides for a limited moratorium facility to be imposed whilst the CVA is being considered and implemented. If a moratorium is imposed then the position is as if the company had been wound up: permission of the court would be required for proceedings against the company to be commenced under section 130(2) of the 1986 Act.

Whether a moratorium has been imposed can be determined by checking the terms of the CVA. Those terms may be available online through Companies House. If not, ask the company for a copy of the terms.

If the CVA provides for a moratorium the claimant will need to make an application to proceed against the company in the same way as if the company had been wound up.

Of course if limitation is no issue the claimant could hold off until the CVA has ended and proceed against the company directly if it continues to trade. However, if the company is wound up at the conclusion of the CVA the claimant will need to make an application to the court in any event.

There is no moratorium in place

The claimant will not be able to enforce their judgment against the company if the claimant is bound by the terms of the CVA.

Will the claimant be bound by the terms of the CVA?

The answer to may be simple. The CVA may have its terms drawn so as to exclude from it claims for damages for personal injury. If the terms are so drafted then the claimant would be able to claim against the company and likely be able to enforce any judgment in their favour against the company.

If the terms of the CVA are not so drafted the situation becomes more complicated. Under section 5(2) of Part 1 of the 1986 Act, a CVA binds every person who, in accordance with the rules, was either entitled to vote at the creditor’s meeting or would have been so entitled if they had had notice of the meeting.

There is no definition of creditor for the purposes of Part 1 of the 1986 Act. The Insolvency Rules at rule 1.17(3) envisage creditors who have unliquidated debts being bound by the terms of the CVA. The cases of Doorbar v All Time Securities Limited [1996] 1 WLR 456 and Beverly Group Plc v McClue [1995] BCC 751 confirm that future, contingent and unliquidated debts are all capable of being included within a CVA. The more recent case of Re T&N Limited [2005] EWHC 2870 (Ch) confirms that not only a person who had an existing claim for personal injuries will be counted as a creditor for the purposes of a CVA, but also anyone who had a potential claim (in this case having been exposed to dangerous quantities of asbestos dust, but who had not suffered, as at the date of the CVA, any damage).

What about pursuing the company’s insurer?

For accidents which occurred after 1 August 2016 and road traffic accidents the claimant will have a direct cause of action against the company’s insurer under the Third Party (Rights Against Insurers) Act 2010 and by virtue of The European Communities (Rights Against Insurers) Regulation 2002 respectively. Proceedings can be issued against the company and its insurer at the same time.

For non RTA matters which occurred before 1 August 2016 the claimant will need to pursue the company first, obtain judgment and then, if the company is still under the CVA or it has been wound up, commence proceedings against the company’s insurer under section 1 of the Third Party (Rights Against Insurers) Act 1930 (“the 1930 Act”). Section 1(1)(a) of the 1930 Act confers that right when a defendant company has entered in to a CVA. Of course if the CVA has concluded and the company is still trading the claimant should enforce against the company in the usual way.

Will the claimant recover from the insurer in full?

In proceeding against the insurer the claimant’s rights against the company are limited to the rights that are granted by the CVA and it is to that extent only that any rights under insurance can be enforced. For example, is the claimant is entitled under the terms of the CVA to only 75p in the pound, then that is all they can claim against the insurer.

If the claimant finds themself in this position an application can be made under section 6 of the 1986 Act for revocation of the CVA or an order giving direction for the summoning of a meeting to consider a revised proposal on the grounds that the claimant is unfairly prejudiced by the arrangement.

That application has to be made within the period of 28 days beginning with the day on which the claimant, not having notice of the initial creditor’s meeting, became aware that a creditor’s meeting approving the CVA had taken place. Of course that time will likely have long since expired, but an application for an extension of time can be made.

The court has held on numerous occasions that a creditor in relation to an IVA would be unfairly prejudiced if an arrangement interfered with their right to bring proceedings against the insurer under the 1930 Act. This is exactly the position the claimant would be in and in my view (at least as it has applied to an IVA) there would be good prospects of amending the terms of the CVA so that the claimant could proceed against the insurer under the 1930 in full.

In the matter of Sea Voyager Maritime Inc. v Bielecki [1999] 1 AER 628 it was held that the parties would probably amend the applicable CVA so as to exclude creditors who had personal injury claims.

Proceeding against a company subject to a CVA may well be straightforward, or it may become tricky. The first step is to obtain a copy of the terms of the CVA and identify whether the arrangement provides for a moratorium and if there is a carve out for personal injury claims. It is also worth pleading the fact that the defendant company has entered in to a CVA in the Particulars of Claim and that the claimant will seek to enforce any unsatisfied judgment to the fullest extent against the company’s insurer if the 1930 Act (rather than the 2010 Act) applies. This way the defendant company will be apprised of the path ahead and negotiations with the company and/or its insurers can be entered in to.