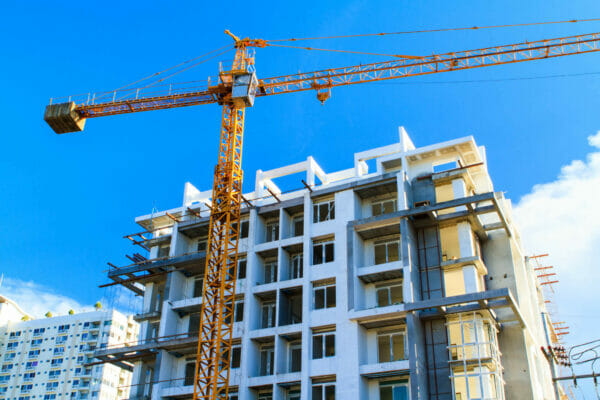 Helena White successfully defends an application for disclosure. This short but useful judgment elucidates important aspects of disclosure during protective proceedings and the pandemic.

There were two applications made before the Court by the Claimant (“ERL”):

(2) For disclosure from the First and Second Defendants (“Higgins”), who was represented by Helena White.

The disputes between the parties arise out of a suite of contracts dated 4 June 2007 that relate to the Brockley Social Housing PFI Project (“the Project”). Higgins’s role was to carry out refurbishment works, whilst ERL was and is responsible for maintenance works. It was ERL’s case that the alleged defects may include matters that should have been addressed and rectified by Higgins.

Extension of Time for Service of the Particulars of Claim

Proceedings were issued by ERL on 29 November 2019 in order for the claim not to be time-barred by the relevant limitation period. This is known as issuing “protective proceedings”. By Consent Order dated 15 June 2020 the proceedings were stayed, and service of the Particulars of Claim was granted until 18 September 2020. The Claimant now sought an extension of time for service of the Particulars of Claim to 11 March 2021.

The reason for the further extension was because, as ERL emphasised, there had been an extensive process on ERL in gathering information from several sources (the defects may concern up to 2,000 dwellings and as of 11 November 2020 ERL had 864,000 documents to consider).

ERL relied upon five matters in support of its application:

(2) All parties concerned were having to try to identify and produce old information;

(3) ERL’s team still need time to digest the information provided so as to plead the matter properly;

(4) The extension of time would allow time for a Pre Action Protocol process to take place;

(5) The Third Defendant (“MM”) had agreed to the extension of time requested. It is desirable that there should be the same timetable for all three Defendants in the proceedings.

Higgins decided not to continue with opposition to the extension of time subject to two provisions:

The Judge stated that it is desirable that a clear and full pleading should be presented as soon as possible, but the provisions need to be ‘softened slightly’. First, the Pre-Action Protocol letter is important, but it was more reasonable to require it by 8 January 2021, rather than on 1 January 2021 considering it was New Year’s Day.

Secondly, making an unless order at this stage was likely to induce ‘procedural wrangling.’ The Judge instead ordered that the date for service of the Particulars of Claim to be 11 March 2021, but any application for an extension of time should be made to the court not later than 14 days before 11 March 2021 and reserved for determination by His Lordship.

At first, the application for disclosure of documents listed nine categories of documents but was later whittled down to two.

Higgins submitted that this application is not a case of Pre-Action Disclosure because proceedings have already commenced; and yet, the usual time for disclosure in the course of proceedings has not arrived. Thus, this can only be an application for specific disclosure under CPR r. 31.12. Under paragraph 31.12.2 of the commentary in the White Book it states:

“The relevance of documents is analysed by reference to the pleadings, and the factual issues in dispute on the pleadings: Harrods Ltd v Times newspaper Ltd [2006] EWCA Civ 294; [2006] All E.R. (D) 302 (Feb) at [12]. Where a claim is likely to turn on particular documents there is a stronger case for an order to be made: Chantrey Vellacott v Convergence Group Plc [2006] EWHC 490 (Ch) Rimer J … (in that case particular emails and draft documents)).”

The Judge declined to order disclosure as sought, for the following reasons:

Therefore, the judge granted the extension of time for service of the Particulars of Claim upon the terms set out above, and declined to make an order in respect of the last two categories of disclosure sought.

Despite this judgment being relatively short, there was nonetheless useful guidance on disclosure. First, keep the categories for disclosure to a minimum or as necessary. It is the role of the lawyers, particularly at the early stage of proceedings, to distil the main elements of the dispute and seek to amalgamate those elements into themes in order to direct the other party and court to the essence of the claim (or indeed defence). By doing this, there will most likely be less documents to sift through but still enough evidence to plead the matter properly whilst having the benefit of saving on time and cost.

Secondly, make sure you seek the appropriate amount of disclosure in relation to the stage of proceedings. The requirements for disclosure are representative of what is needed at the stage of proceedings in order not to burden both sides with the increased workload of producing and finding the relevant documents, and the extension of time and increase in costs inevitably incurred with such process. Thus, ensure the reason for seeking the disclosure of said documents is needed at the particular stage of action, not just in the context of the proceedings as a whole.

Thirdly, provide a clear structure of the claim, no matter how general, as soon as possible. Even if a claim is filed and served on the basis of ensuring a claim is not time-barred by the relevant limitation period, it is not fair on the opponent to have a claim hanging over their head for a substantial amount of time without any indication as to what the claim may involve. The Judge stated that “one can deduce what the claim is likely to be” but it was nonetheless “desirable” that there was some documentation setting out a clear structure of the claims [paras 15-16]. Having claims perpetually extended for an indefinite or substantial amount of time would clog up the courts with applications for extensions of time or staying of proceedings, with no end in sight. Furthermore, it would be not be in accordance with the overriding objective of the court to allow a party a substantial amount of time to provide the basic elements of the claim, and then either expect the other side to defend the claim expediently, or also allow the other side to take a substantial amount of time to go through the elements of the claim, all before the usual time of proceedings have begun. This process would no doubt unnecessarily increase the costs of the dispute and not be an effective use of the courts time, especially considering the plethora of applications made for extensions of time. As a suggestion, it might be useful to produce a basic structure of the claim in general terms as a provisional document with the notice that a full structure will be made as soon as possible, thereby expediting matters by contemporaneously providing both sides sufficient time to produce documents and having both sides aware of the basic elements of the claim.