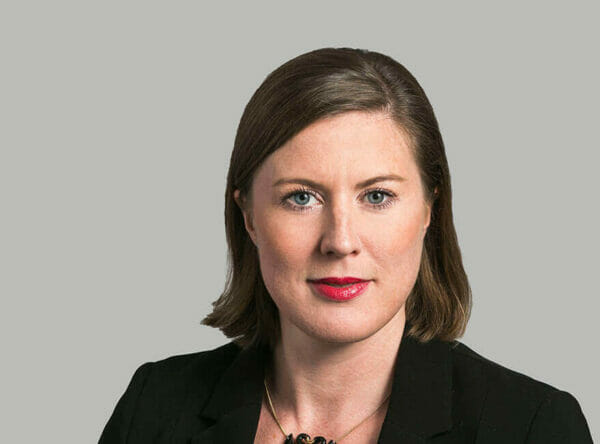 “Helena is an astute advocate and perceptive of client needs.” Legal 500

Helena is an insurance and commercial practitioner, with a particular focus on construction and engineering disputes, professional negligence and property damage. Her experience includes public procurement and utilities work.

Recommended for Construction in Chambers and Partners and Legal 500, Helena is known for being a robust trial advocate and providing clear and accessible advice either in writing or in conference. She is regularly instructed by a range of clients, including employers, contractors, construction professionals, insurers and insolvency practitioners to act in litigation, both in the TCC and the county courts, as well as arbitration, adjudication and mediation.

Helena is a keen sportswoman and can often be found running around in Hyde Park even in the windiest and muddiest of conditions. She is an avid film fan and also sings in a choir.

Helena is recommended in Legal 500 for Construction: