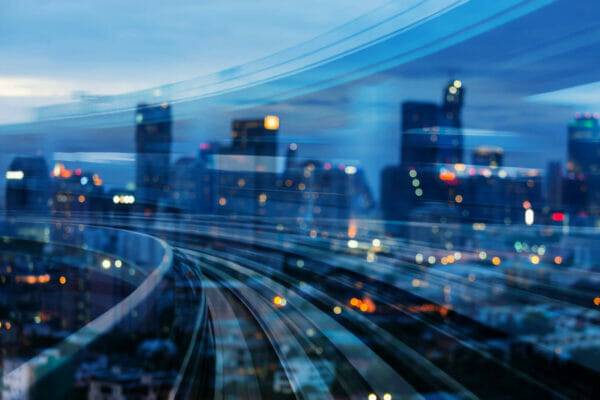 When major financial institutions go to the wall the ensuing legal squabbles over the carcases often provide rich seams that can be mined to provide judicial clarification of the law for the benefit of all. The spectacular collapse of the Lehman Brothers empire is no exception and the latest chapter does not disappoint. In Lehman Brothers Australia Ltd (In Liquidation) v Macnamara & Ors (Joint Administrators of Lehman Brothers International (Europe) (In Administration)) [2020] EWCA Civ 321, the Court of Appeal (Patten, David Richards, Newey LJJ) has provided some timely and useful clarification on the correct test for the court to apply when considering the exercise of its inherent jurisdiction to control its officers within the principle of Re Cordon, Ex p. James (1873-74) LR 9 Ch App 609 or through the more specifically targeted statutory provisions for such control, as for example those in para 74 of Schedule B1 to the Insolvency Act 1986 (IA 1986) with regard to administrators. In the present climate induced by Coronavirus (COVID-19), any clarity that makes the necessity of going to court less likely is to be doubly welcomed.

The appellant (LBA) was a creditor of Lehman Brothers International (Europe) (LBIE) and part of the same insolvent group of companies. Acting by its liquidators, LBA had submitted a proof of debt in the administration of LBIE, the amount of which had been agreed by way of a claims determination deed (CDD) entered into with LBIE, acting through its administrators (the respondents: R). Due to a clerical error that resulted in a common mistake, the deed, and thus the proof, had been understated by a factor of approximately £1.67 million. When the error came to light, just over two years later, rectification of the deed, even if possible, was not practicable and so LBA had sought a direction from the court, pursuant to the court’s inherent jurisdiction to control its officers in accordance with Ex parte James, and/or pursuant to para 74 of Schedule B1 to IA 1986, to require R to accept the proof in the higher figure they knew perfectly well it should have been. The judge below, Hildyard J, refused to intervene, holding that it was not possible for the court, as a matter of principle, to interfere with contractual rights freely entered into by the parties (unless rectification did apply) and that on his view the CDD represented such a contract. Having devoted a good deal of space in the judgment to reviewing the case law on the correct test to be applied by the court when exercising its control under the rule in Ex parte James and having arrived at the conclusion that what was required was “unconscionability” and not merely “unfairness”, the Judge had refused to impose any constraints on R under that rule and held that there was no “unfairness” (within para 74) in enforcing the contract in accordance with its terms.

The Court of Appeal unanimously took the view that the judge had erred and rather than deal with it simply on the narrow issue of whether the court could or should intervene in the parties’ contractual arrangements, they decided it was necessary to address full-on the issues of principle governing the exercise of the court’s jurisdiction to intervene, both under Ex parte James and para 74, in the wider sense. They did so both because the state of the law in this area was not wholly clear and because they considered that the learned judge’s conclusions, following his trawl through the case law, were incorrect and to leave the law in that state would therefore be unsatisfactory.

David Richards LJ, with whom the rest of the panel agreed, first considered the applicable principles under Ex parte James [paras 35-69 of the judgment]. The judge had considered himself bound by the decision in Re Wigzell, Ex p. Hart [1921] 2 KB 835 to hold that the test for the application of the principle in Ex parte James was whether the officer’s conduct had been unconscionable, rather than merely unfair. This was rejected: nothing in Ex parte James required such a conclusion and the court doubted that Wigzell was correctly decided. It pointed to other cases (in particular Re Clark (A Bankrupt) [1975] 1 W.L.R. 559 and Bloom v Pensions Regulator [2013] UKSC 52) where a test of fairness had been entirely appropriate. Moreover, there was no justification for the fears expressed by the judge below that applying a test of unfairness would result in the jurisdiction becoming unruly: fairness was an objective standard that the courts were perfectly familiar with applying in a number of different contexts. The essence of the principle in Ex parte James was that the court would not permit one of its officers to act in a way that would be clearly wrong for the court itself to act. Posing the rhetorical question “would it be proper for the court to act unfairly?” the conclusion was obvious. In deciding whether conduct had been “unfair” the court would apply the standard of the right-thinking person to the facts of each individual case.

Regarding para 74 of Schedule B1 [paras 70-85], the correct test to be applied was again one of unfairness: where the acts of an administrator could not be justified by reference to the interests of the creditors as a whole or to achieving the objective of the insolvency process they would be unlawful, but the control to be exercised under para 74 was wider than this. Cases such as Fraser Turner Ltd v PricewaterhouserCoopers LLP [2019] EWCA Civ 1290, were not to be understood to mean that, absent bad faith, the court could not intervene where administrators exercise their discretion in a manner which unfairly harms a creditor. Contrary to the analysis applied by the judge below, there was nothing in the wording of para 74 to require the importation of a mandatory notion of discrimination into the test: conduct that was discriminatory in its effect would be likely to be unfair, but not all forms of unfairness involved discrimination and, even though the court would approach applications under para 74 with caution, this extra qualification could not be justified.

Having laid down the appropriate tests that should be applied in every case, the Court of Appeal turned to the true ratio of the judge’s decision, namely that neither the principle in Ex parte James nor para 74 could be invoked to prevent an administrator from relying on rights under a contract freely entered into by the parties [paras 87-90]. It was held that this conclusion was too sweeping: in many cases reliance on contractual rights would be a highly material factor weighing against the court’s intervention, but there was nothing in either Ex parte James or para 74 that precluded the court from restraining an office holder from relying upon such strict legal rights in certain circumstances. (Indeed Ex parte James had been just such a case.) Whether it was right to do so would depend on the facts of the particular case. Since the judge had applied the wrong principles, it was necessary to take the decision afresh [para 92].

On the facts of this case no right-thinking period would think it was fair for the administrators to stand on their strict contractual rights [paras 93-103]. The shared mistake in the CDD was due to a clerical error (in relation to currency exchanges) that resulted in the stated amount being appreciably below LBA’s entitlement on the agreed basis for valuing the claims; if that error had not been made the larger sum would have been admitted to proof and no one could have complained. Equally, if a comparable error had been discovered in a proof without a concluded CDD, it would undoubtedly have been corrected (under IR 2016, r 14.10). The CDD was not a normal commercial contract and it was not that correcting the error amounted to a renegotiation of its terms; although the purpose and rationale of the CDD was to provide certainty and finality, correcting the mistake would not undermine those principles. Nor was it relevant that, if the mistake had been the other way, the administrators would not have been able to insist on it being corrected: the rule in Ex parte James was to enable the court to control its officers and there was nothing unfair in expecting higher standards of them; similarly para 74 was solely aimed at controlling the actions of administrators and was not intended to be reciprocal. The appeal would therefore be allowed.

This decision provides very important guidance in setting out the parameters of how the courts should approach the control of its officers. It dispels a number of myths and suppositions that had grown up around the exercise of this control and lays down with welcome clarity a reasoned analysis of how these principles should operate. As the judgment makes clear, this decision does not declare open season on office holders, nor does it open the floodgates: it is a timely reminder that the courts have a duty to exercise restraint where the circumstances show that, in the eyes of the right-thinking person, something has clearly gone unfairly wrong.