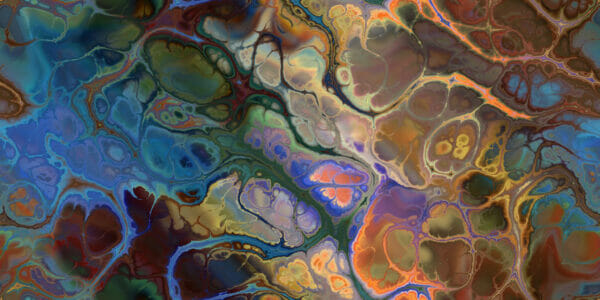 Informal, interest-free loans between friends, where not made as part of regular business activity with a view to making profit, do not constitute contracts for the provision of services under Article 7(1)(a) of Regulation (EU) 1215/2012, Brussels I (recast). Outside of a banking context, the characteristic performance under the contract occurs when the lender advances the principal sum to the borrower. This is relevant to the determination of the governing law of the contract under Article 4 of Regulation (EC) 593/2008, Rome I.

The first claimant, ‘Professor Winslet’ claims to have made a number of interest-free loans to Mr Gisel during his lifetime. He says he made the loans in his own name and through companies he controlled.Those companies make up the second and third claimants. The loans were not made pursuant to any business activity but in order to assist Mr Gisel who was Professor Winslet’s friend. When Mr Gisel died in November 2019, Professor Winslet sought repayment of the loans he had made by approaching various persons involved in administering Mr Gisel’s affairs to seek repayment of the loans. When those attempts failed, the claimants issued this claim in England and Wales. In December 2020, Professor Winslet sought permission to serve each of the three proposed representatives of Mr Gisel’s estate by email. They were Mr Bolkenstein, Maitre Casey and Maitre Jerome Bardin. Permission to effect service in that manner was granted by Mr Justice Foxton. Mr Bolkenstein acknowledged service and indicated that he intended to contest jurisdiction. This is the judgment which followed the hearing of this jurisdictional challenge. Mr Bolkenstein, resident in the Netherlands argued that any claim against him would have to be brought there. Maitre Casey and Maitre Bardin are domiciled in France and would have to be sued there. He argued that Mr Gisel’s estate could not be sued as such but as Mr Gisel was domiciled in France at the time of his death, there was no basis for suing his representatives in England and Wales. The key dispute was whether, as Mr Bolkenstein argued, the special jurisdiction in relation to contracts under Brussels I (recast) confers jurisdiction on the courts of France or, as Professor Winslet argued, the English courts have special jurisdiction under the regulation.

The court considered first which limb of Article 7(1) of Regulation (EU) 1215/2012, Brussels I (recast) applied in the context of this claim. The court rejected the argument of the claimants that the loans were contracts for the provision of services. Although a commercial loan agreement would have been such a contract, the mere lending of money on an interest-free basis did not amount to a contract for the provision of services. Consequently, the court had to look to Article 7(1)(a) of Regulation (EU) 1215/2012, Brussels I (recast) to determine jurisdiction. This provides that the place of performance of the obligation in question would have jurisdiction over a dispute relating to the contract. The question of where is the proper place of performance of the contract is to be determined according to the governing law of the loans.

The governing law fell to be determined under Article 4(2) of Regulation (EC) 593/2008, Rome I. This stipulated that the loans would be governed by the law of the country where the party required to effect the characteristic performance has habitual residence. In the context of banking services, the ordinary position is that the lender renders characteristic performance of the loan agreement in paying the principal sum. Although the position is less clear outside the context of financial services, the court concluded that it was Professor Winslet and the claimants who rendered characteristic performance under the loans and are governed by English law. The loans themselves did not specify a place for performance of Mr Gisel’s repayment obligations. The general law position in English law, therefore, prevailed and the loans were to be repaid at the claimants (as creditors) place of residence
or business. Professor Winslet’s home and the claimant company’s registered offices are in England. The place of performance was, therefore, England and the jurisdiction challenge failed.

This article was first published by Lexis PSL on 3 June 2021.