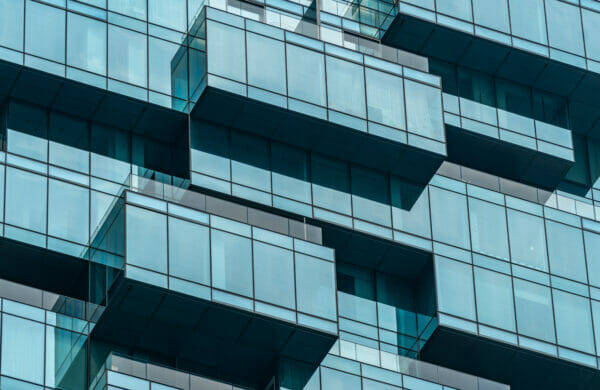 The two appeals determined together in Aytan v Moore and others [2021] UKUT 27 (LC) provide further evidence, if it was necessary, that defences based on reasonable excuse will rarely absolve the average landlord from liability for a rent repayment order, but landlords who can distinguish themselves from the stereotypical slum or rogue landlords should find some (albeit limited) comfort in a welcome approach to the assessment of penalty that in practical terms does not take as its start (and often end) point the maximum possible award, giving further support to the approaches suggested in Ficcara v James [2021] UKUT 38 (LC), Awad v Hooley [2021] UKUT 0055 (LC) and Williams v Parmar [2021] UKUT 244 (LC).

Section 43 of the Housing and Planning Act 2016 (the “2016”) Act) provides that the First-Tier Tribunal (“FTT”) may make a rent repayment order (“RRO”) if satisfied, beyond reasonable doubt, that a landlord has committed a relevant offence (whether or not the landlord has been convicted). Relevant offences are set out in section 40 and include, amongst other things, being in control or management of an unlicensed house in multiple occupation (“HMO”) or unlicensed house within the meaning of section 72(1) or section 95(1) the Housing Act 2004 (the “2004 Act”).

Not all HMOs need to be licensed. Some are subject to additional licensing requirements. Commission of an offence may lead to a criminal prosecution and conviction or the imposition by a local housing authority of a financial penalty, pursuant to section 249A of the 2016 Act. Further, tenants or the local authority may apply to the FTT for an RRO.

Landlords may rely, as they would in the face of criminal prosecution, on a defence of reasonable excuse under section 72(5) or section 95(4) of the 2004 Act that they were in control or management of an unlicensed HMO or house. Other defences are that the person in control or managing the property has applied for a licence and the application is still effective, or they have notified the local authority of their proposed steps to remove the requirement of the licence and that notification is still effective.

The 2010 Ministry of Housing, Communities and Local Government (as it then was) Draft Guidance suggested it was for the Courts to decide whether a defence was reasonable or credible in all the circumstances, but that it was difficult to imagine circumstances in which such a defence would be readily available in connection with mandatory licensing given that the regime had been in force since 2006. It was suggested that a defence might include that the person had only recently acquired an interest in the property or perhaps the conduct of the local authority.

The Tribunal in Aytan was unimpressed (as was the FTT) with the basis of the defence of reasonable excuse. The landlords had not been aware of the additional licensing designation, they were not consulted before the designation was made, and they relied on a letting agent who was a reputable agency. Those arguments were given short shrift, which is not to be unexpected. Ignorance about additional licensing requirements or indeed whether the property is an HMO at all does not provide a defence.

Reliance upon an agent will rarely give rise to the defence of reasonable excuse either. It was said at the very least a landlord would need to show that there was a contractual obligation by the agent to keep the landlord informed of licensing requirements along with evidence that the landlord had good reason to rely on the agent’s competence and experience. Further there would be a need to show that there was a reason why the landlord could not inform themselves of the licensing requirements without relying upon an agent, the example given being that that landlord lived abroad, although it is difficult to understand why that of itself should matter when information is publicly available online. Perhaps this might be the case where the landlord lives abroad and does not speak English. Another example might be if the landlord has some disability or impairment which would prevent them informing themselves. What can be said is that reliance on an agent is unlikely to operate as a defence in most situations, because the requirements for the defence would usually create a situation in which a landlord is made aware of licensing requirements before it becomes an issue. There is a potential injustice here for landlords who ultimately find themselves with negligent agents against whom they have no recourse, but the answer is likely that any potential injustice to them is outweighed by the policy need to deter rogue landlords and agents and ensure compliance with the legislation. After all, a landlord chooses to own and let property out as their business or means of income. Their tenants may and are often likely not to have a choice other than to rent.

Assessment of an RRO is set out in section 44 of the 2016 Act. It provides a ceiling, for any relevant period, of 12 months’ rent less any award of universal credit paid for rent. Section 44(4) directs the FTT to take into account: (a) both the landlord’s and tenant’s conduct; (b) the landlord’s financial circumstances; and (c) whether the landlord has been convicted of a relevant housing offence as defined in section 40.

An RRO is about repayment of rent, not repayment of profit, so in Vadamalayan v Stewart [2020] UKUT 183 the Tribunal had considered it wrong that landlords should only repay the profit element of rent, deducting from total rent the cost of repairs and other expenditure incurred to improve the property. It was appropriate though to deduct from the amount to be repaid sums that were included in the rent for the tenants’ benefit, such as utilities they used. The obvious starting point was said to be rent for the relevant period of up to the maximum of 12 months, because there was no other available starting point.

In Aytan the Tribunal noted that the reference to that starting point had given rise to difficulties, leading the FTT in some cases to consider it should order a landlord to repay the whole of the rent unless it is possible to make deductions for the landlord’s good conduct, the tenant’s bad conduct, or the landlord’s financial difficulties. The difficulty is that this approach does not allow the FTT to reflect the seriousness of the offence or to allow for the absence of convictions. It is also, as was said in Williams v Parmar [2021] UKUT 244 (LC) contrary to section 46 of the 2016 Act, where in cases to which that section does not apply (where the conditions for the landlord having been convicted of an offence are met) there can be no presumption that the amount of the order should be the maximum amount that could be ordered.

This approach allows for flexibility, discretion and individual circumstances to be reflected in a more just way. Each case will depend on its own facts, but there are some general points considered in Aytan to take into account that will assist to advise landlord clients of the extent of their likely liability.

In Awad v Hooley [2021] UKUT 0055 the tenant’s appeal that the award providing for a 75% deduction was too low failed. The tenant was in substantial arrears. She had refused entry to an electrician which prevented the landlord from obtaining an EPC. This conduct was relevant conduct for the purposes of section 44 of the 2016 Act even though it had no effect on the offence. The only allegation against the landlord was that she did not have a licence. She was not a professional landlord, had spent a lot of money renovating the property and did not take a deposit from the tenant. Her only income was from the rent. She had rented the property out of sympathy for the tenant and her children and tried to befriend and assist her.

In Williams the landlord was a first offender, with no relevant convictions, but she was a professional landlord who should have known the licensing requirements and had no good explanation for not knowing them. She had only applied for a licence after an environmental health officer had visited and pointed out serious deficiencies in the property requiring substantial construction work to remedy (in particular an undersized room) and so that it would comply with the requirements. She was ordered to pay 80% of the rent to the tenants except for the tenant with the undersized room who received 90%.

In Aytan the Tribunal agreed that the landlords were professional landlords, had no system in place for keeping up to date about licensing requirements, the property was unlicensed for a long time and the landlords were only interested in taking the rent. This of itself was not enough to justify an order in the maximum amount because there was no harm to the tenants, whether physical or economic. The property condition was good and not dangerous due to there not being a licence. The landlords were ordered to pay 85% of the rent.

The second appeal in Aytan dealt with Mr Wilson, who was a professional landlord, but on a small scale. He had rented out a house that used to be his home. The Tribunal considered that carried with it responsibilities, even if the landlord does not make their living from the rental income. He had no relevant convictions, but the compelling factor in the case was the absence of important fire safety features, in particular fire doors and alarms. This was the case for most of the tenancy. The Tribunal considered this a very serious matter, but still made a 10% deduction.

Three of the four cases considered above reveal fairly modest deductions, none of them involved relevant convictions and one of the three did not include any risk or harm to the tenants, which could be argued should merit a greater deduction than 15%. At the other (and perhaps extreme) end is Awad, which is an unusual case but which shows that greater deductions are justifiable in the right circumstances.

It should be possible to imagine cases without poor tenant conduct in which the landlord has truly acted in a genuine way and in good faith but, for understandable or technical reasons, has not complied with licensing requirements and is in breach without reasonable excuse for failing to comply. Further, that they are not a professional landlord, that the property is their only property which is well maintained and safe, the tenants are well looked after and the landlord is in difficult financial circumstances.

Such cases should merit greater reductions than 10% to 20% but the question is whether a greater reduction, say of up to 50% would be justified. No doubt future FTT and Tribunal decisions will help to answer this. In the meantime, landlords should take some comfort in the approach and that there is some certainty now as to how they should approach representations or negotiations if seeking settlement.