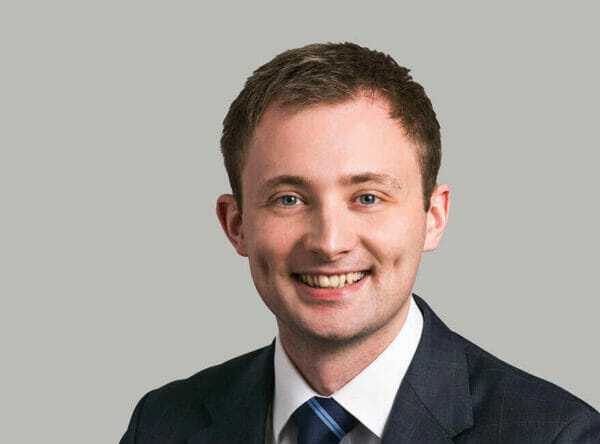 “He is excellent both in terms of capability and client relationships.” Legal 500

Cameron specialises in property and private client matters with particular expertise in landlord and tenant and contentious probate.

Ranked by Legal 500 as a “rising star”, Cameron is noted for his excellence in both capability and client relationships. He is widely recognised for his down to earth attitude and his ability to advise clients in an accessible manner.

Cameron has a busy advisory practice and frequently appears in the High Court and County Courts in trials and applications and the First-Tier Tribunal dealing with service charge and land registration matters. In addition to court, Cameron has a budding ADR practice and is regularly instructed to represent clients at mediation and other forms of ADR.

Away from chambers, Cameron is an active conservationist with a particular interest in elephant conservation and he currently serves as an executive board member of  Save the Asian Elephants. Cameron is also very involved in FreeBar, an LGBT+ organisation established by Gatehouse Chambers along with other leading chambers, which aims to promote diversity and inclusivity of LGBT+ members and staff at the Bar.

Cameron is committed to improving equality and diversity at the Bar and is one of the founding members of FreeBar, an LGBT+ organisation established by Gatehouse Chambers along with other leading chambers which aims to promote diversity and inclusivity of LGBT+ members and staff at the Bar. In addition to this, Cameron regularly attends events held by Stonewall and Freehold, the networking forum for LGBT+ members of the real estate sector.

Cameron is heavily involved in Chambers’ CSR activities and assists with the Through the Looking Glass programme, Tower Hamlets Education & Business Partnership and LLST events. In addition to this, Cameron regularly contributes to events and publications for those seeking to join the profession including a recent ‘how to make it as a barrister’ event held by Legal Cheek and various webinars for Thomson Reuters.

Cameron is a committed member of Advocate and has taken on a number of pro bono matters since joining chambers.  In addition, Cameron regularly volunteers for the Chancery Litigants in Person Support Scheme and was one of the first Pro Bono Champions recognised by the Chancery Bar Association, an award given to advocates who have volunteered the greatest number of times for the scheme.

Cameron is listed as a rising star in the latest edition of the Legal 500:

‘He is excellent both in terms of capability and client relationships.’