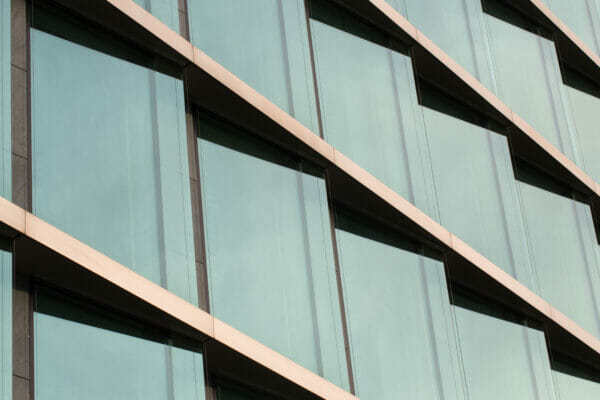 The First Respondent (‘R1’) entered a company voluntary arrangement (CVA). The Second Respondent (‘R2’) was nominee and chairman of the qualifying decision procedure of creditors to approve the CVA. The Applicant (‘A’) applied under s 6 of the Insolvency Act 1986 and/or r 15.35 of the Insolvency (England and Wales) Rules 2016 to revoke or suspend approval of the CVA. R1’s parent company (‘Sterling’) borrowed from a bank, which had cross-guarantees from R1 secured by charges. Sterling repaid the loan, then invoiced R1.

‘Unfair prejudice’ concerns the effect of the CVA on relevant creditor(s); ‘material irregularity’ concerns the procedure for the CVA’s
approval.

The debt to Hightide (which ought to have been a party) was adequately evidenced. A’s challenge was a ‘fishing expedition’. Hightide
being admitted to vote was not a material irregularity. Expert evidence valued the real property more highly. There was no unfair prejudice because valuations are inherently uncertain, the valuation in the proposal was genuine and not improper or negligent, the creditors were all treated as one class for this purpose, and a reasonable and honest person in A’s position might have approved the CVA. There was therefore also no material irregularity.

The Insolvency (England and Wales) Rules 2016 (IR 2016) draws a clear distinction between an office-holder’s decision to admit a proof of debt for the purposes of dividend and one to admit the proof for voting purposes in a decision procedure: an appeal against the former must be brought pursuant to IR 2016, r 14.8 and/or r 14.11; an appeal against the latter can only be brought pursuant to IR 2016, r 15.35.

The time limit in r 15.35(4) (21 days from the decision date) was strict and any application retrospectively to extend it would be treated like an application for relief from sanctions under CPR 3.9 and Denton v TH White Ltd [2014] EWCA Civ 906 would apply. In May 2020 the administrators of a company sought a decision from its creditors and, for voting purposes, partially admitted the proof of debt of a creditor (O); in late July the directors became aware of the administrators’ decision on O’s proof and (within the 21 days of becoming aware) appealed the decision under rr 14.8 and 14.11; the administrators pointed out that the court had no jurisdiction to review their decision under those provisions and on 5 November 2020 the directors eventually applied to amend to include an appeal under r 15.35 in the alternative, seeking an extension of time under r 15.35(4). Deputy ICCJ Barnett dismissed both applications and the directors appealed.

The initial application (under Part 14) was misconceived; even if it had sought the correct relief (under r 15.35) it would have been 75 days out of time; the application to amend was brought after considerable further delay (for which there was no adequate explanation) and time should not be extended (pursuant to CPR Part 3, as incorporated by IR 2016, r 12.1 and Sch 5, para 3) as the applicants could not satisfy the Denton test. Accordingly, although permission to appeal was grated (in relation to the Denton issues), the appeal was dismissed.

This claim arose from the sale by receivers of residential development land. The Claimant acquired the land in 2006, and took out a mortgage with Barclays in 2007. The site had planning permission for 13 homes, granted in 2003. Following breaches of the loan covenants, in 2008 Barclays recalled the loan balance of £327,413. With no payment forthcoming, Barclays appointed receivers in 2011 (Salata).

Mr Sparrow of Connels advised the receivers on the land’s sale. The site was marketed to 15 local developers with no guide price; three expressed interest and two made offers. Of these, one was conditional (and subsequently withdrawn); the receivers therefore accepted the remaining (unconditional) offer of £175,000.

The court referred to Cuckmere Brick Co v Mutual Finance [1971] 2 All ER 633, highlighting that mortgagees (and receivers) owe a duty when exercising a power of sale to take reasonable steps to obtain ‘the true market value’ or ‘a proper price.’ The enquiry focusses on the precautions taken to obtain that value – mere sales below the price assessed by a valuer are insufficient to create liability. Applying those principles, the court dismissed the claim, as no breach of duty by the receivers had been established. Specifically, the court rejected allegations that:

Reversing the High Court, the Court of Appeal held that examinees’ statements made pursuant to s 236 of the Insolvency Act 1986 (the ‘Act’) are immune from suit.

BVI joint liquidators applied to amend their re-amended points of claim at trial, after it became clear the Sheikh’s s 236 examination contained untruths. The High Court permitted the reamendments. It rejected the Sheikh’s submission that, as a participant in litigation, he was immune from suit and that the re-amendments correspondingly had no prospect of success.

Immunity from suit requires a context-specific approach. The High Court’s view – that s 236 examinations were investigative and not judicial in their nature – was wrong. Its application of the Trapp v Mackie criteria to reach that conclusion had been too narrow.

The broader judicial context of s 236 was critical: such examinations ‘are commenced by an order of the Court and which [they are] intended to facilitate’ [81]. Given that liquidators, the Official Receiver and the court benefitted from immunity in such proceedings, it would be odd if the examinee alone was left exposed to subsequent litigation [101]. It followed that s 236 formed part of a wider concept of ‘ judicial proceedings’ and statements made by examinees therein attracted immunity from suit.

That conclusion was supported by public policy. An examinee’s immunity encouraged free and frank disclosure, thereby assisting the liquidator to obtain information with which to conduct the winding up. Moreover, the immunity does not protect examinees from direct actions based on non-disclosure in breach of the usual duties to provide information (such as those at ss 235, 237(1) and 433 of the Act). It therefore did not materially damage the principle that wrongs should be remediable. That the liquidators were officers of the BVI courts made no difference to the court’s analysis [112]. The Sheikh’s appeal was therefore allowed and his s 236 statements were granted immunity. However, since the Liquidators could rely on the other above provisions, not all of the proposed re-amendments were immediately struck out [114].