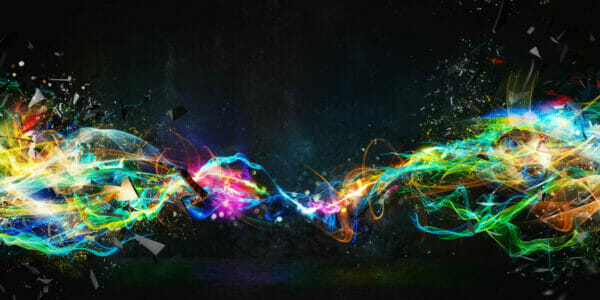 Welcome to the Autumn newsletter of Hardwicke’s Personal Injury and Clinical Negligence team, edited by Gemma Witherington. We hope you all made the most of the summer and managed to enjoy a quarantine free vacation.

We are delighted to announce that Emma Woods joins us as a Third Six Pupil. Read more about Emma below, when she “spins the wheel”…

In other news, this month we saw the Court of Appeal hand down the eagerly awaited judgment in Swift v Carpenter [2020] EWCA Civ 1295. For anyone in need of some light bedtime reading, the judgment runs to 230 paragraphs. The crucial point to note is that there is now a formula for assessing the value of accommodation claims. Please see the article at the end of this advice setting out some of the key points.

Nye Moloney summarized the position by a recent Tweet:

The recent Legal 500 and Chambers UK Bar rankings reflected the great work the team are doing.  More on this below. Thank you very much to all of those who have worked with us in making this happen. We appreciate your continued support.

If you have a moment, you will find inspirational the article by Charles Bagot QC about Dame Lois Browne-Evans, a legal trailblazer, as one of our series of articles in support of Black History Month.

Colm Nugent has written an excellent article bringing us up to date with some recent costs decisions and Part 36 offers.

You can also recap on our past articles and activities in the Focus On…Clinical Negligence & Personal Injury which we circulated in July 2020.

We hope you enjoy this newsletter and please free to contact any member of the team or the practice management team if we can assist further.  Happy Halloween and bonfire nights!

The commentary for our personal injury and clinical negligence team in Legal 500 could not have been better if we had drafted it ourselves! It noted that we have a “’strong presence‘ and are ‘a go-to set for personal injury of all types‘. Practitioners are noted for their ‘consistency, hard work and diligence‘, as well as their ability to come up with ‘novel ideas to put the other side off guard‘. Charles Bagot QC is instructed for the defendant in Hoff (a child) v Langley Design & Ors, a catastrophic brain injury claim valued at over £25m. Alongside dealing with a wide variety of injury work, including brain damage, fatalities, and Animals Act and Montreal Convention claims, the set also handles matters relating to fraud, where the key name to note is the ‘very approachable‘ Gemma Witherington. The ‘tenacious‘ Colm Nugent is earmarked as ‘a future silk‘, while ‘passionate advocate‘ Jasmine Murphy is highlighted as being able to ‘discern a novel approach to most issues‘.

Our entries in the Chambers UK Bar Directory were also excellent with the directory commenting: “What sets them apart is their forward-thinking mentality and their value-added service.”  “Exactly what you would hope for from a modern, progressive set. They really know their team’s strengths and take time to understand what I need before pointing me in what has unerringly been the right direction.”

Thank you to all those that continue to support the team. You can read the team’s full rankings for Chambers UK here and Legal 500 here.

The team continues with the hugely popular #Brew series:

Here’s a summary of what we have been up to:

Jasmine Murphy has been busy this summer dealing with a variety of Animals Act claims including defending a farmer where the allegation is that a sheep attacked a rambler.  Jasmine has also contributed to some of the new liability chapters for Kemp & Kemp due to be published shortly. Using her knowledge and experience in Animals Act cases, Jasmine has co-authored the chapter dealing with accidents involving animals.

Charles Bagot QC continues to be instructed in the leading cases on secondary victims. In the case of Paul v Royal Wolverhampton NHS Trust, Charles was successful in striking out the secondary victim claims before Master Cook: [2019] EWHC 2893 (QB). An appeal by the Claimants was allowed by Chamberlain J following a hearing during lockdown: [2020] EWHC 1415 (QB). An application for a second appeal is pending before the Court of Appeal. Charles is also instructed as Leader in the linked case of Purchase v Ahmed, which was struck out in the County Court although permission to appeal was granted. A ‘leapfrog’ application is pending to transfer the appeal direct to the Court of Appeal, to be linked up with the Paul appeal, if permission is allowed.

Charles also continues to represent NHS Resolution, Insurers and Claimants in mediations and negotiations in some of the largest and most complex fatal accident and psychiatric injury claims. He recently successfully resolved a claim pleaded at over £1.4m for £200,000, at mediation. Recent new instructions for Charles Bagot QC include an unusual wrongful birth claim, acting for NHSR, where the value of the claim is put well into eight-figures, for the cost of bringing up a severely disabled child. Separately, Charles is representing a Claimant in a claim against a well-known private hospital arising from the failure to diagnose an ectopic pregnancy, resulting in emergency complications including the loss of a fallopian tube and a psychiatric injury.  He has also been sitting as a Deputy QB Master on range of procedural hearings in large PI, Clinical Negligence and Abuse claims, as well as a Recorder in the County Court.

Colm Nugent has been involved in a number successful JSM/medications:

Of the new instructions received, Colm is most animated about his first tripping claim in some years.  Normally these claims result in relatively minor injuries, but in this instance, sadly, the fall resulted in the clamant sustaining serious spinal damage and now being confined to a wheelchair.   The claim partly turns on the allegation that the local authority to properly classify the road; an argument Colm previously fought and won in the reported decision of Peverill v LB Hillingdon.

Nye Moloney’s highlights include settling a clinical negligence claim arising out the negligent treatment at home by a paramedic for a six-figure sum. He also settled a High Court claim on favourable terms shortly before trial; and succeeded in a date of knowledge argument in a trial on limitation.

Gemma Witherington has been sitting as a Recorder in the County Court hearing a variety of personal injury and clinical negligence disputes. She is currently drafting a counter schedule on behalf of the NHSR in a large and complex secondary victim claim, dealing with the analysis of losses across a number of jurisdictions including the USA and Canada. She is also acting in a number of fatal accident claims, including representing the bereaved families of three 16 years old boys who were killed by a drunk driver.  She managed a family trip to Greece and possibly a shot of ouzo or five.

Helena Drage has been instructed on behalf of claimants in claims arising from negligent dental treatment. She has also worked towards the successful settlement of a claimant’s claim involving issues of informed consent to surgery and unnecessary medical treatment. Other highlights include settling pleadings for multiple claimants who suffered complex orthopaedic injuries in road traffic accidents, working towards the successful settlement of a multi-track matter for serious orthopaedic injuries with neurological implications arising out of a road traffic accident and advising on quantum in respect of various claims involving traumatic brain injuries and stroke. Additionally she has been instructed for claimants and defendant in claims involving accidents at work involving allegedly defective work equipment.  Finally she has been successful at trial instructed on behalf of the defendant in respect of a contractual dispute.

Each month, a member of our team has to spin ‘the Wheel of Questions’ and answer the first three questions that come up.
This month, Emma Wood, third six pupil, tried her luck with the wheel:

Pride and Prejudice! My copy of the book is well worn- and I’ve worn out several DVDs of the BBC 1995 TV adaptation of Pride and Prejudice by watching them so many times. I find the book has something new in it every time I read it, and I find the relationships between the characters fascinating.

What was your first job?

My first job was volunteering at the local Oxfam shop on a Saturday afternoon. I learnt to talk to a lot of different people; I was quite a bit younger than most other people volunteering in the shop. It taught me confidence and how to deal with complaints (thankfully there weren’t too many).

You can eat one thing for every meal, what would you eat?

Fish and chips. I grew up in North Yorkshire and have fond memories of days out to Scarborough and Sandsend, as well as family holidays to Norfolk and Devon. Nothing better than fish and chips sitting by the sea in my opinion- and fish and chips brings back so many happy memories for me. Definitely mushy peas and not curry sauce though!

There have been some interesting decisions recently. Colm Nugent takes you through Terracorp v Mistry and IT Protect whilst Gemma Witherington covers the important Swift v Carpenter case.

Members and staff at Gatehouse have also been publishing personal tributes to inspirational black lawyers as part of Black History Month.  You can read Charles Bagot QC’s piece on Dame Lois Browne-Evans below.  You can read You can read the full series by clicking on the “Race & Discrimination” tab here.

The Clinical Negligence & Personal Injury Newsletter is edited by Gemma Witherington. Comments or queries about this newsletter? Please get in touch with her!

If you do not already receive our mailings and would like to do so, please sign up here.