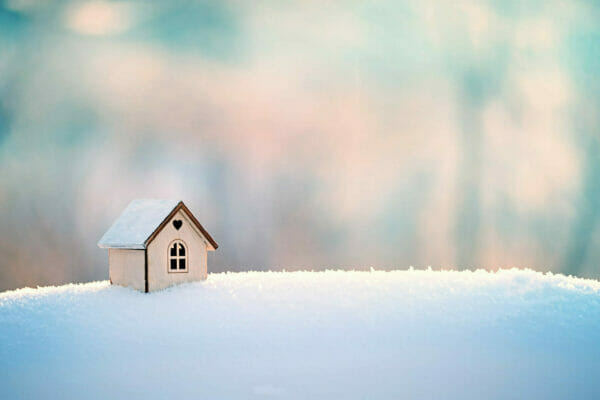 Welcome to the Christmas 2019 edition of the Property Newsletter from Hardwicke.

We are immensely proud of our very own Jamal Demachkie, deserved recipient of the Legal 500’s Junior of the Year for 2020 in the Real Estate, Environment and Planning category. Well done Jamal!

We were also delighted to see so many of our contacts both at our recent book launch for Daniel Gatty’s new book, A Practical Guide to Rights over Airspace and Subsoil  and our seminar on preventative injunctions.  The latter was so popular that we will be rerunning this on 6th February 2020.

With the nights drawing in and thoughts turning to the festive season, all of us in the Hardwicke Property Team wish you and your families a happy and peaceful break this year. I for one am already looking forward to my new year’s fitness regime after the next few weeks of excess! Let’s hope we all make a new year’s resolution we can (for once in my case) keep.

The final spin of the wheel of questions this year is by Amanda Eilledge.

The next newsletter will be January 2020.

November saw an influx of mortgage matters for Clare Anslow, where she has been advising mortgagees, mortgagors and trustees in relation to a wide range of mortgage possession issues. In December Clare is off to the FTT (Land Registration) to argue about beneficial interests in a property capable of protection by a restriction of the register. Clare’s Christmas tree is being delivered on 19 December and thereafter she will spend the rest of December drinking mulled wine and eating mince pies, whilst entertaining a stream of relatives from around the country.

In November Andy Creer & Brie Stephens Hoare-QC spoke at the White Paper Commercial Property Conference on developments in the Electronic Communication Code. Since then Andy has been in a trial for a rescission claim involving fraudulent misrepresentation and a point of construction on the Standard Conditions of Sale, which she thinks is far more interesting than any of the coverage of the facts by the national press (she doesn’t get out much). She’s also been advising on forfeiture, a perpetually renewable lease and breaches of alterations covenants. The Dingbats are being circulated to provide some fun in the run up to the festive season.

Jamal Demachkie * has been ‘Mr Airbnb’ this month: Advising two landlords on breaches of covenant, doing one FtT hearing on short-term lets, and talking at the Airbnb Regulation Seminar in Switzerland. He’s now looking forward to a well earned break and a nice holiday over Christmas (staying, of course, in an Airbnb).
*in more recent news, Jamal is now on the lookout for a nice sparkly Crown

This month the Thomas More Building has become Amanda Eilledge’s second home. A 4 day trial to rectify a loan agreement,  2 applications and a 7 day trial (fraud, rectification of the register, subrogation). She is looking forward to starting the festive season with a visit to the Christmas markets in Cologne – Frohe Weihnachten!

During November Daniel Gatty celebrated the publication of his book “A Practical Guide to Rights Over Airspace and Subsoil”. When working rather than celebrating, his time has been taken up with a claim to rectify a lease, implied grant of easements and a couple of leasehold enfranchisement matters, amongst other things.

James Hall has been working on two claims for rectification of leases on the basis of mistake; one a common mistake, the other unilateral. Errors abound!

Peter Petts has a new puppy, but he’s only for Christmas, after which he’s going to Battersea*. Click here.
*he’s kidding. Peter’s more likely to be sent to Battersea than the puppy.

John De Waal QC has been instructed on a case where the claimant is seeking specific performance of an agreement for a 21 year lease at a rent of £1.5m per year.

As well as advising and drafting proceedings in respect of an argument regarding a commercial tenant’s fixtures or fittings, Steven Woolf  acted for four different appellants in relation to appeals before a DJ, CJ, HCtJ and the Court of Appeal. Ended up with a 3-1 success rate. Definitely a better return than his football team who in October dropped from 3rd place to 5th bottom of the Premier League.

Carl Brewin: Did you see? You may have missed...

The Court of Appeal has considered the circumstances allowing a defendant to raise new points on appeal not raised at a first hearing of a possession claim at which an order for possession has been made. Those obtaining summary possession orders may now be more at risk of such orders being overturned on appeal where obvious potential challenges to such orders are not taken at short first hearings.

Notting Hill Finance Ltd loaned Mr Sheikh £50,000 secured by way of a mortgage over his home. Under the loan agreement the principal of £50,000 plus £21,000 in interest and other charges were repayable when due, but in the event of default further interest at a rate of 289.6% per year would become payable. Mr Sheikh defaulted so possession proceedings were commenced. Orders for possession and money judgment for £71,000 plus default interest were sought. By the time of the hearing date the amount sought had risen to £99,749. After a very short hearing, during which Mr Sheikh was represented by a duty advisor and no evidence was given, the district judge made a possession order and money judgment in the amount sought. No challenge was made to the default interest provision.

Mr Sheikh then instructed solicitors. They did not challenge the possession order but lodged an appeal on the basis that the default interest term was an unenforceable penalty along with an argument under the Consumer Credit Act 1974. On appeal the judge allowed Mr Sheikh to pursue the new points on the basis that the case was exceptional. The hearing before the district judge was a short, summary hearing at which Mr Sheikh had in effect been a litigant in person. If the points had been made, the district judge would not have given judgment but rather directions for the issue on default interest to be determined.

The Court of Appeal agreed with the appeal decision and dismissed Notting Hill Finance’s second appeal. Appellate courts have a discretion to allow new points to be taken on appeal and a case did not have to be exceptional before the discretion is exercised. The decision to exercise discretion should be a cautious one based on a range of factors, including the nature of the new point and the lower court proceedings, and also the prejudice it would cause to the opposing party. The hearing before the district judge was in reality one of a binary decision whether to give judgment or directions. Permitting pursuit of a new legal point did not subvert the evidential process as none had been given. Mr Sheikh had acted quickly and Notting Hill Finance had suffered no prejudice. Finality in litigation was important but this litigation had been short lived and summary in nature, and the possession order was not challenged.

The Court of Appeal considered the decision of the district judge was simply wrong; there had not been a serious procedural or other irregularity because the Court had complied with the rules. The decision was wrong because directions should have been given. Although not part of the decision, the Court of Appeal raised the interesting question as to what extent district judges hearing possession cases should be obliged to identify points unrepresented litigants might take during these short hearings. It was said in particular that alarm bells could have been expected to have rung given the very high rate at which the default interest had caused the debt to rise in such a short period of time.

The decision will no doubt give some comfort to those facing such proceedings that not all may be lost even if advice and/or representation cannot be obtained for the hearing itself but they then discover a point of law could have helped them. It will also provide some ammunition to those advising on representation and merits after an order has already been made. It does though pose a potential dilemma for those advising/representing clients bringing such proceedings. Aside from professional obligations that arise in cases where only one party is represented, to what extent should potential challenges/defences a defendant may have be raised during a summary hearing, if at all? Answers on a postcard…

Each month, a member of our property team has to spin ‘the Wheel of Questions’ and answer the first 3 questions that come up. This month, Amanda Eilledge tried her luck with the wheel.

Of what are you most afraid?

Heights. I’m fine with creepy crawlies – I actually love spiders but if you put me on top of a very tall building I can’t look down.

Where do you most hope to visit?

Bhutan. I travelled from Tibet to Nepal via Mount Everest Base Camp after Bar School and would love to go back to the Himalayas (although I won’t be climbing any mountains – see my answer above).

What is your hidden talent?

I am really good at the cereal box game. For those who have never played this means I am able to pick a very small piece of cardboard off the floor without using my hands. It’s a great Christmas game. Click here further game instructions.