Home > A reminder of the possible difficulties when one party relies on another to take out insurance: Palliser v Fate

A reminder of the possible difficulties when one party relies on another to take out insurance: Palliser v Fate 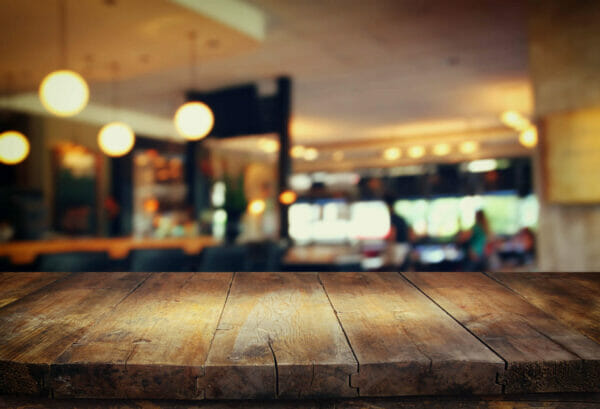 The recent decision of Andrew Burrows QC, sitting as a Judge of the High Court, in Palliser Limited v Fate Limited (In Liquidation) [2019] EWHC 43 (QB), is a useful reminder of the difficulties that can arise where one party (here a tenant) relies on another (its landlord) to take out insurance.

In 2010, a fire started at the ground floor restaurant owned and operated by a company called Fate Limited (“Fate”). It was not in dispute that the fire was caused by Fate’s negligence.

Damage occurred not only to the restaurant itself, but also to the upper floors of the building. Fate, who owned the freehold, leased these floors to a company called Palliser Limited (“Palliser”) under a long lease.

In October 2017, by which time Fate had gone into liquidation, Fate entered into a compromise agreement with Palliser admitting liability for the damage to Palliser’s property, with damages to be assessed. Palliser’s loss was its cost in refurbishing the upper floors (it also claimed loss of profits, but the Judge held that these were not recoverable). In fact, Fate had itself previously paid for refurbishment, but in 2013 Palliser took over the works because of delays and concerns about the workmanship. It is relevant to note that (i) Fate’s insurers had paid £610,000 to Fate for the cost of the refurbishment that it had carried out, but this sum was less than the actual cost because Fate had underinsured the property, and (ii) the £610,000 was paid as a “full and final settlement” of Fate’s claim under the property damage section of the policy.

Given Fate’s insolvency, Palliser had to bring a claim against Fate’s insurers under the Third Parties (Rights Against Insurers) Act 2010. Insurers denied liability for two reasons. First, Fate’s liability insurance (which of course underpinned insurers’ statutory liability to Palliser) only covered property “not belonging to” Fate. Insurers argued that since the property did “belong” to Fate as the property’s freeholder, the insurance did not respond and Palliser’s claim under the 2010 Act fell away. Secondly, they argued that under the terms of the lease between Fate and Palliser, Palliser had agreed that Fate would not be liable for damage to the building because Fate had undertaken to take out building insurance to cover damage of the type in question. In support of this, insurers relied on the well-known case of Mark Rowlands Ltd v Berni Inns Ltd [1986] QB 211.

On the first issue (whether the upper floors “belonged” to Fate), Palliser argued that the upper floors did not “belong” to Fate since, being subject to a long lease, they were not under its possession or control. If it were wrong about this, one would expect the damage to be covered by the property damage section of the policy. But that section only covered premises “occupied” by Fate and so, it argued, did not cover the upper floors: thus, if insurers’ argument were correct, there would be no insurance at all for fire damage to the upper floors, which cannot have been the parties’ intention. In making this argument, Palliser had to grapple with the fact that, as noted above, insurers had made a payment to Fate under the property damage section of the policy. Palliser had to say that whilst this may have been done for commercial reasons, it was not what the policy required.

The Judge rejected Palliser’s argument. He held that, as matter of ordinary language, property still “belongs” to a freehold owner even where it is demised to a third party under a long lease. This interpretation was supported by the fact that (i) the amount of the sum insured under the property damage section (£700,000) only made sense if it was intended to include the upper floors; and (ii) the policy schedule recorded the interest of Palliser’s mortgagee, HSBC, which would make no sense if the floors demised to Palliser were not covered by the property damage section.

On the second issue, the question was whether Palliser “impliedly excluded” Fate’s negligence liability because Fate had agreed to take out buildings insurance: in other words, did the ‘Berni Inns principle’ apply?

In the event, because of the Judge’s decision on the first issue, he did not need to decide the second issue and chose not to do so. Nevertheless, he did make two observations. First, it would only be because of a problem with the property insurance (for example, as in the present case, where the landlord had underinsured) that the tenant would ever need to recover refurbishment costs from the landlord. Typically, it would be in the landlord’s interest to use the insurance proceeds to repair the building and thereby discharge its tortious liability (and in any event the landlord would likely be obliged under the lease to apply the insurance proceeds in this way). Secondly, the typical concern in cases which engage Berni Inns is whether the landlord’s property insurers can recover their outlay from the tenant’s liability insurers by standing in the landlord’s shoes and making a subrogated claim against the tenant. In the present case, however, the question of subrogation did not arise.

What the Judge did conclude, however, was that even if the Berni Inns defence were in principle available, it would be subject to the important qualification that it would cease to apply if and to the extent that the landlord failed to obtain adequate insurance (e.g., as here, by underinsuring or, in an extreme scenario, failing to obtain insurance at all). In saying this, the Judge expressly rejected the insurers’ argument that the answer to the problem of underinsurance could be found in the tenant’s ability to claim contractual damages from the landlord for breaching its covenant to insure. The Judge did not say on what juridical basis the implied exclusion of liability was subject to the qualification that the landlord must (fully) perform its obligation to take out insurance. But the likely answer is that it was an implied condition precedent in the lease, since that would accord with the approach in Gard Marine & Energy v China National Chartering [2017] UKSC 35, where Lord Sumption said that the “better view” (para 99) was that the implied exclusion of liability stemmed from an implied term of the relevant contract, and not the rule against circuity of action favoured by Lloyd J in Petrofina (UK) Ltd v Magnaload Ltd [1984] QB 127.

On the first issue, the Judge’s essential finding was that it was the property damage rather than the third-party liability section of Fate’s insurance policy that responded to the fire damage to the floors leased by Palliser. This means that Palliser’s decision to take over the refurbishment costs itself was in hindsight a risky one, at least insofar as Fate’s tortious liability to compensate Palliser for those costs was uninsured.

On the second issue, the Judge’s approach to Berni Inns will be of significant interest to insurance lawyers, particularly his view that the defence is only available to landlords (if at all) if and to the extent that they have first performed their obligation to take out adequate insurance.

What remains unanswered is how the case would have been decided if Palliser had won on the first issue, i.e. the question whether the Berni Inns defence applied at all. In the author’s view, Berni Inns simply did not apply at all to the facts of the case. The essential basis upon which Berni Inns was decided was the fact that the landlord’s undertaking to take out property insurance was for the tenant’s benefit. It was for that reason that it would have made no sense for the landlord to be able to sue the tenant for causing property damage, since that would be anathema to its undertaking to take out insurance in the first place. By contrast, there is no reason why the landlord’s agreement to take out property insurance means that the landlord should be immune from liability for damaging the property.