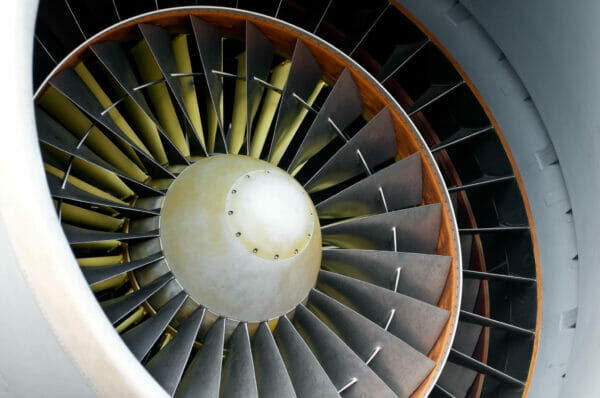 Can foreign litigants be bound by an English Jurisdiction Clause contained in a contract to which they were not party if they bring (i) subrogated claims under the contract; and (ii) independent, non-contractual claims in a foreign court?

The Respondent, ‘Airbus,’ was manufacturer of an aircraft which it sold to an Italian company, ‘Air One’ pursuant to a Purchase Agreement. This contained a dispute resolution clause stipulating arbitration in Geneva.

The aircraft was operated by another Italian company, ‘Alitalia’, which entered into an Airtime Warranties Agreement (‘AWA’) as Sub-Lessee with Airbus and various other parties in a complex leasing and financing transaction. The AWA contained a jurisdiction clause the following terms:

This Warranty Confirmation and any non-contractual obligations associated with it shall be governed by and construed in accordance with the laws of England and Wales.

In September 2013, the aircraft was forced to make an emergency landing in Rome due to what was later found by Italian accident investigators to be a defect in manufacturing. The accident having caused significant damage, Alitalia’s insurers, the Appellants (‘the Insurers’), indemnified Alitalia in respect of over US$11 million, and Airbus performed a retrofit of Alitalia’s entire fleet without charge.

In 2017, the Insurers commenced proceedings in Italy against Airbus claiming damages for negligence under the Italian Civil Code, alleging that Airbus failed to take preventative measures after earlier incidents involving other Airbus aircrafts. The claim was initially brought by way of subrogation in the Insurers’ own names under the AWA, but a further independent claim was later added.

Airbus commenced proceedings in England and Wales in 2018, seeking declarations that (i) it had no liability to the Insurers; (ii) the Italian action fell within the scope of the exclusive English jurisdiction clause; (iii) and therefore that the Italian proceedings were being pursued in breach of that clause.

Three issues were raised in the present appeal:

Issue 1: The Construction of the Jurisdiction Clause

Having considered the principles applicable to the construction of a jurisdiction clause, Males LJ (with whom Lewison and Davis LJJ agreed) found that the contractual background shed little light on parties’ intentions which, therefore, were to be ascertained from the terms of the AWA itself.   Although ‘minute analysis’ of the AWA elicited points to be made in favour of each of the rival constructions, Males LJ gave emphasis to the following factors:

Males LJ therefore concluded that the AWA was intended to cover all disputes arising out of or in connection with (1) the AWA, and (2) any non-contractual obligations connected with the AWA, including any dispute connected with a substantive claim under the warranties contained in the Purchase Agreement .

Issue 2: Breach of the Jurisdiction Clause

Notwithstanding that the claim in negligence before the Italian courts was not strictly a claim under the AWA but an independent claim under the Italian Civil Code, the Court of Appeal found that there was at least a ‘good arguable case’ that it was sufficiently closely connected with the warranties to fall within the scope of the English jurisdiction clause. This was found sufficient to give Airbus the better of the argument that the claim was pursued in Italy in breach of the jurisdiction clause.

Issue 3: Declaration Against the Insurers

Males LJ considered the leading authorities on whether the English court can make a declaration against litigants not party to an agreement containing a jurisdiction clause in favour of the English courts, and who do not ground their claims in foreign courts upon that agreement.  The position was found to be as follows:

Males LJ therefore concluded the jurisdiction to grant an interim declaration was established, however, held the judge below had been wrong to make such declaration final. Rather, Males LJ held that such final declaration was a matter for trial.

First, practitioners should note the clear guidance on the approach taken where the commercial arrangements between the parties encompass several different contracts, each with their own dispute resolution clauses. Although the courts will give effect to the parties’ intentions, even if those intentions are to fragment dispute resolution or to give priority to one jurisdiction clause contained in one contract on the face of another, the court will and can only do so if those intentions are made clear.

Second, the decision demonstrates the strength of a valid jurisdiction clause under English law and the extent to which a party’s contractual entitlement to dispute resolution in England and Wales will be protected and upheld by the English courts – even against third parties to the contract whose claims arise independently in foreign torts. This appeal has made clear that, in equity, third parties who become entitled to the benefit of a contract (i.e. the right to claim damages) must also be prepared to accept the burden (the obligation imposed by a jurisdiction clause).