Home > Belsner v Cam Legal Services: An important clarification – What information a solicitor should provide to a client concerning likely costs that may be recovered from the opponent

Belsner v Cam Legal Services: An important clarification – What information a solicitor should provide to a client concerning likely costs that may be recovered from the opponent 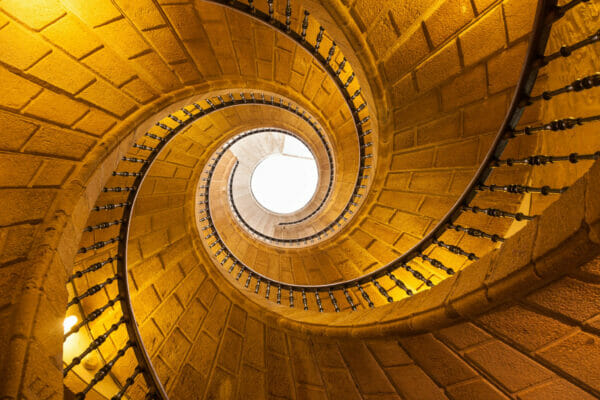 The High Court has handed down judgment in Belsner v Cam Legal Services which provides important clarification in respect of what information a solicitor should provide to a client in relation to the likely costs that might be recovered from the opponent.

PJ Kirby QC and Robin Dunne acted for the successful appellant. Here, Robin Dunne discusses the judgment and its implications:

The case concerned a low value RTA which was dealt with in the RTA portal. The claimant’s claim settled for £1,916.98 in damages plus fixed costs and disbursements of £1,783.19 following submission of the stage 2 settlement pack.

The claimant then applied under s.70 of the Solicitors Act for an assessment of his solicitor’s bill. The court ordered that “The Defendant’s bill be assessed in the sum of £3,104.15 (being base profit costs of £1,3920.00, success fee profit costs of £208.80, VAT on profit costs of £320.16 and disbursements of £1,783.19 inclusive of VAT.”  The defendant firm capped their costs to the amount recovered from the opponent plus 25% of the relevant damages recovered.

The issue on appeal centred on the provisions of s.74(3) of the Solicitors Act 1974 which provides:

“(2) Section 74(3) of the Solicitors Act 1974 applies unless the solicitor and client have entered into a written agreement which expressly permits payment to the solicitor of an amount of costs greater than that which the client could have recovered from another party to the proceedings.”

“(3) Subject to paragraph (2), costs are to be assessed on the indemnity basis but are to be presumed

(a) to have been reasonably incurred if they were incurred with the express or implied approval of the client;

(b) to be reasonable in amount if their amount was expressly or impliedly approved by the client;

(c) to have been unreasonably incurred if –

(i) they are of an unusual nature or amount; and

(ii) the solicitor did not tell the client that as a result the costs might not be recovered from the other party.”

However, the mere approval of the client is not enough. The client is able to argue that they did not provide “informed consent” to the rate and as a result, the presumption should not apply (see MacDougall v Boote Edgar Esterkin and Herbert v HH Law).

In the present case, at first instance the district judge held that informed consent in respect of 46.9(2) was not required (as opposed to 46.9(3)).

“Dealing with costs if you win

Normally, you can claim part or all of our basic charges and our expenses and disbursements from your opponent. You provide us with your irrevocable agreement to pursue such a claim on your behalf. However, you cannot claim from your opponent the success fees or the premium of any insurance policy you take out.

If we and your opponent cannot agree the amount, the court will decide how much you can recover. If the amount agreed or allowed by the court does not cover all our basic charges and our expenses and disbursements, then you pay the difference.”

The estimate of costs as set out within the engagement letter was £2,500 plus Vat (or five times the amount that could be recovered at stage 2).

The defendant argued that this was sufficient to displace the requirement at 46.9(2) because it “expressly permitted” them to charge more than could be recovered from the opponent.

The claimant argued on appeal that (a) informed consent was required in respect of 46.9(2) and (b) there had not been sufficient disclosure to satisfy that test because the client had not been told that (on the solicitors own estimate of the likely damages) the costs recoverable from the opponent were limited to £500 plus vat.

Lavender J allowed the appeal. He noted that:

“The relationship between solicitor and client is a fiduciary one. As a fiduciary, a solicitor may not receive a profit from his client without his client’s fully informed consent.”

“Whether there has been sufficient disclosure must depend on the facts of each case… A number of cases have considered whether the fiduciary must disclose not merely the fact that he is to receive a commission, but its amount. “

(1) that there is a requirement to obtain informed consent in respect of 46.9(2):

A solicitor who wishes to rely on CPR 46.9(2) must not only point to a written agreement which meets the requirements of the rule, as the Defendant did, but must also show that his client gave informed consent to that agreement insofar as it permitted payment to the solicitor of an amount of costs greater than that which the client could have recovered from another party to the proceedings. For this purpose, the solicitor must show that he made sufficient disclosure to the client.”

(2) That there had not been sufficient disclosure in this case, because the client had not been told what the likely recoverable costs would be:

“the Defendant used a series of general terms to indicate what the Claimant might recover from the Insurers, …

“Mr Kirby submitted that the Defendant ought to have gone further and given some indication of the level of costs which might be recoverable from the Insurers. He submitted that an example would suffice, such as:

“For example, if your claim settles at Stage 2 for less than £10,000, then the amount which your opponent will be liable to pay in respect of our basic costs might be £500 plus VAT.”

“It seems to me that I have to consider whether this is material information, in the sense that it may have affected the Claimant’s consent to the agreement between them insofar as it permitted payment to the Defendant of an amount of costs greater than that which the Claimant could have recovered from another party to the proceedings.

“…Pursuant to that obligation, the Defendant provided the estimate in paragraph 23 of the Client Care Letter. This was, in effect, an estimate of the basic charges for the work necessary to take the case to Stage 2 and the service of the Stage 2 Settlement Pack, if the claim remained within the Protocol.

“The estimate was £2,500 plus VAT. There is a striking contrast between that figure and either:

(1) the figure of £500 plus VAT, which is the amount of the fixed costs which would have been recoverable from the Insurers if the claim had settled at Stage 2 for less than £10,000 while remaining within the Protocol; or

(2) the figure of £550 plus VAT, which is the amount of the fixed costs which would have been recoverable from the Insurers if the claim settled at that stage for £2,250 or less after leaving the Protocol.”

“If it had been pointed out to the Claimant that, while the Defendant’s estimate of costs was £2,500 plus VAT, she might recover only £500 or £550 plus VAT from the Insurers, then that may have affected the Claimant’s consent to the agreement between them insofar as it permitted payment to the Defendant of an amount of costs greater than that which the Claimant could have recovered from the Insurers. It may, for instance, have led the Claimant to ask whether her liability could be capped, or to approach a different firm of solicitors, who would cap her liability. Prima facie, therefore, it ought to have been disclosed.

It does not seem to me that it would have been an unduly onerous burden to require the Defendant to make this disclosure. It would not involve explaining all of the detail and complexity of the provisions of the Civil Procedure Rules and the Protocol which I have set out. Nor would it have required identifying every possible outcome of the Claimant’s claim. Rather, it involved taking the outcome which the Defendant had itself assumed for the purposes of its estimate of costs and stating what the recoverable costs might be in that case.”

The result was that, as 46.9(2) had not been satisfied the defendant was not entitled to charge as between solicitor and client any more than was recovered (or would have been recovered) from the opponent. This resulted in the claimant obtaining a refund in respect of the deductions to her damages.

Implications of the judgment:

The implications of this judgment are very significant. There are huge numbers of cases where deductions have been made from damages where the cap in 46.9(2) would result in a repayment to the client. Indeed, the number of retainers signed where informed consent has been given is likely to be very small.