Home > Benefit of the doubt? Update on experts’ duties and witness credibility

Benefit of the doubt? Update on experts’ duties and witness credibility 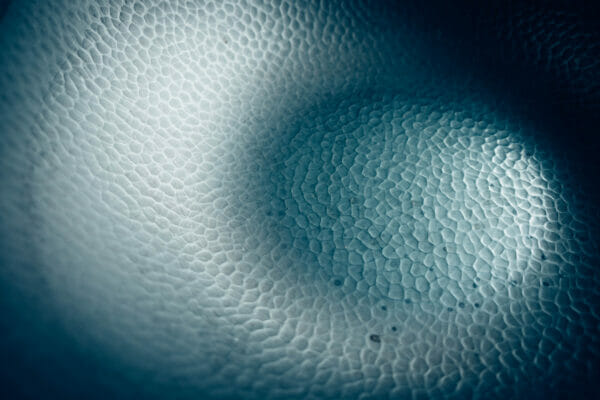 In Radia v Marks [2022] EWHC 145 (QB) the High Court has clarified that an expert’s scope of duty does not involve a duty to protect a party from the risks of an adverse credibility finding.

The Claimant worked for a global investing firm (Jeffries) between 2006 and 2017 as a research analyst in the equity market. On 19 November 2009 he was diagnosed with Acute Myeloid Leukaemia (“AML”) after which he underwent four cycles of chemotherapy. He returned to work on a phased basis in June 2010.

In 2015 Claimant commenced proceedings in the Employment Tribunal alleging disability discrimination during his phased return to work (the disability in question being AML).  In a Judgment handed down on 3 February 2017, the Claim was dismissed. The Tribunal found that the Claimant had not told the truth, but also that he had intentionally misled the Tribunal. The Claimant was found to have been dishonest about information concerning his weight following chemotherapy and concerning a holiday in Mexico in May 2011 which he claimed he had been forced to miss. The dismissal of the Claim was swiftly followed by an application from Jeffries for its costs.

In terms of the proceedings at hand, the Claimant commenced a civil action for damages in May 2018 against the Defendant, a consultant in haematology and stem cell transplantation at Bristol University Hospitals NHS Foundation Trust. He was instructed in the liability hearing as a single joint expert to report upon the effects of AML and the effects of the treatment upon the Claimant’s condition as well as his mental and physical fatigue levels during his phased return to work. The Defendant had made a handwritten note on weight loss stating “95kg > 50kg white hair, looked 60 years. Not depressed”, and this note informed the conclusions in his medical report that the Claimant had lost 50% of his body weight after treatment and therefore the Claimant was suffering from fatigue associated with the chemotherapy.

The Claimant alleged that the Defendant was in breach of duty (in tort and contract) in misreporting the account he had given the Defendant at a consultation in 2016 concerning his chemotherapy-related weight loss, and then compounded that error by not undertaking a competent review of the medical records. There was a discrepancy between the Claimant’s weight as recorded by the Defendant in his report and that recorded in the medical records, and this inconsistency was explored in the liability hearing. The Claimant submitted that such breaches of duty led to the adverse liability findings and the consequential adverse costs order.

The Claimant’s four main criticisms of the Defendant were as follows:

The Defendant argued that the Claimant’s weight was one of many relevant factors which he had to consider when advising on the effect of AML and the chemotherapy. Even if he had not given the Claimant the benefit of the doubt, and had identified the discrepancy in the records, it would still not have altered his opinion given that even a fall of 10kg in weight (from 95kg to 81.5 kg) would still have been significant. Further, Counsel for the Defendant argued that any duty of care owed by the Defendant did not extend to protecting the Claimant from the risk of a dishonesty finding. The Defendant also relied upon the fact that the medical records had been received in “higgledy-piggledy fashion” and were scanned sideways and therefore difficult to decipher.

What did the Court decide?

The Court considered that the purpose of the Defendant’s instruction was three-fold: (i) to opine upon the course of the Claimant’s illness from the outset (ii) to explain the treatment and its side effects and to consider (iii) the effect of the cancer upon the Claimant’s condition during two time periods. It was no part of the retainer by either party to advise or assist on issues concerning the credibility of the Claimant or the reliability of his evidence, nor was it part of the retainer to advise on the credibility of Jeffries’ witnesses. The scope of the Defendant’s duty did not extend to protection from the risk of an adverse credibility finding. Applying the familiar principles laid down in “The Ikarian Reefer” [1993] 2 Lloyds Rep 68, it was held that: “To extend the scope of the expert’s duty to the protection of a party form the risk of an adverse credibility finding would create a real conflict between the expert’s overriding duty to the court and his or her duty to the party” [61].

This was dispositive of the claim in tort.

The parties also relied upon expert evidence addressing the Defendant’s standard of care in reporting upon the Claimant’s AML. The Court considered that neither experts were competent to give expert evidence on the provision of expert evidence, and therefore their input was only of marginal assistance. Mrs Justice Lambert considered that the Defendant’s failure to notice the weight discrepancy did not amount to a breach of duty. The Defendant had surveyed the notes as studiously as he could in the time constraints. The Defendant could not have been deemed to be negligent because he failed to maintain his position when questioned by the Tribunal: an expert’s duty is to answer the questions in a manner consistent with the overriding objective.

The Claim also failed on causation because the Tribunal had found the Claimant to have been dishonest in other respects (beyond the issue about the Claimant’s weight). As for the costs issue, the costs order did not follow from the dishonesty findings but from the finding that the claims had no reasonable prospect of success and that the Claimant was aware of those poor prospects.

No doubt, the decision will come largely as a relief to expert witnesses. The Judgment provides a useful recap on the principles set out in Meadows and Manchester Building Society, and provides a refresher on the fundamental principles of the Ikarian Reefer. The case serves as a welcome warning on the limits of an expert’s scope of duty: witness credibility is a matter for the Court, and experts must provide independent, and unbiased opinions at all times.