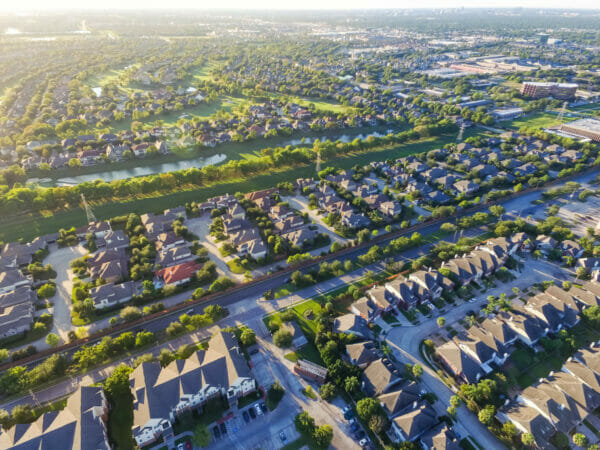 I’m predicting a 2020 increase in disputes concerning ownership of and rights over residential land. The numbers of properties going onto the market, inquiries from potential buyers, sales, and mortgage inquiries seem to be pointing to renewed interest in a market that has been depressed for two to three years. Churn in housing stock will likely lead to buyers’ inquiries about potential legal issues. Vendors will need to resolve long overdue issues. Then there are those that have decided against selling in favour of development, which tends to push the envelope with respect to boundaries lie and permissible use of land. Disputes which have lain dormant for years can become active.

In particular I anticipate a rise in boundary disputes. By reputation these cases are among the more costly to run compared with what is at stake. A disinterested outsider, often, would wonder whether the risk and cost are worth the reward. In part this stems from the specific characteristics of cases. The key period often long pre-dates the trial. For example, in one sub-species of boundary disputes, adverse possession, it is far from uncommon for the relevant period to be in the outcome can depend on the physical state of land decades ago. The physical features of the land have often changed in the interim. How does the court to determine that issue?

Witness evidence from owners is often not available. The hope, often, is for precise, unbiased recollections from a longstanding owner of neighbouring land. This is seldom available at trial. Perhaps there is a statutory declaration on file somewhere. But these, often quite short, documents are rarely sufficiently detailed or comprehensive to resolve all disputes that arise. At trial the court will have to pore at length over old plans attached to deeds or covenants – often in too large scale to assist particularly. Cross-examination is often pushed to the side in favour of technical argument and expert evidence.   Core solicitors’ skills – conducting an investigation, interviewing neighbours, navigating the Land Registry to obtain historic documents – are essential to building a strong case.

One new tool that is increasingly used at an early stage of boundary disputes are historic aerial photograph archives. These are not that cheap, or guaranteed to show what is needed. Clients will be told by the archivist when and where the photo was taken; but they have to lay out money without knowing whether or not the photo will actually have any probative value. This can run to hundreds of pounds. While this seems like unnecessary cost for a client early on in a dispute it may be negligible compared to the eventual total costs; in fact this can be money very well spent. It is certainly worth making inquiries at an early stage.

What can be learned from recent cases? Litigation risk means that sometimes even the best prepared cases come unstuck at trial, even where live witness evidence doesn’t play a huge role. Points that have seemed important are dismissed out of hand, and points that seemed impregnable are undermined by new issues. The opposite happens too. Cases that look hopeless heroically succeed. Sometimes this happens when, whisper it, judges make mistakes with evidence. A judge’s evidential findings are, as a rule, treated with great respect on appeal.   The unfortunate victim can generally only grin and bear it.

But a recent case seems to hold out some hope for those that consider errors have been made about documentary evidence. Judge Hodge QC’s judgment on 31 January 2020 in Boas v Aventure [2020] EWHC 237 (Ch) opens the door to a wider range of appeals.

It was a case about a boundary dispute between industrial units. A fence built in 2004 had been replaced in a different position in 2014 and a grass sward had been concreted over. The trial judge considered old aerial photos, ordnance survey plans, Google Earth images from 1999, and a surveyor’s 2000 photo. After a site visit the judge decided that the 2000 photo and Google Earth images did not assist much, and found that the 2014 fence sat on the boundary. On appeal, Hodge QC (as a s.9 judge) took a different view: the 2000 photo showed differences in width between the 2004 and 2014 fences, which was supported by the Google Earth images. As a result he overturned the decision and found for the 2004 fence.

The judge described the relevant proposition as follows (para 33)):

“where the key evidence is documentary (in the form of photographs and plans) rather than oral evidence, an appeal court is said to be in just as good a position as the trial judge to interpret the evidence and is entitled to reverse the findings of fact on which the trial judge relied to find in favour of a party.” The test was whether the court was “convinced that the [first instance judge] drew the wrong conclusions from the photographic and other evidence relied upon by the appellants” (para 54(3)). On the facts of the case, he was satisfied. This was “… one of those extremely rare cases where the first instance judge clearly failed to appreciate the true significance and impact of a piece of evidence … and failed to draw the correct inferences and conclusions from it” (para 101).

It is early days to comment on the actual effect of this decision. It could open the door to an erosion of the principle of respect for the trial judge’s findings. Or it could be one of those cases that becomes understood to have been so fact dependant that it is not relevant to other matters. For the time being, all things being equal in boundary disputes we can expect more appeals being brought about documentary evidence than previously.