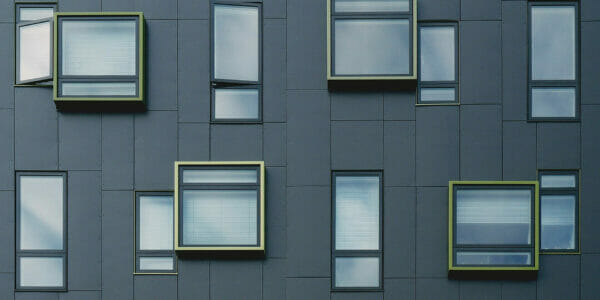 In this case, the UKSC held that courts have an inherent jurisdiction independent of the CPR to order non-party access to court documents under the constitutional principle of open justice.  This, however, is to be balanced against both any countervailing interests in refusing access, and the principle of practicality and proportionality. (abstract)

In early 2017, the Appellant, (“Cape”) had been a party in a six-week trial in the QBD, defending allegations it had manufactured products which had exposed certain employees to asbestos.  Voluminous documentation had been produced for the trial, after which the claim ultimately settled by a consent order.

The Respondent was an unincorporated association involved in lobbying and providing support to people who suffer from asbestos-related diseases. It was not a party to the proceedings, but after the settlement, it applied without notice, under CPR r 5.4C, for third party access to the “records of the court.”  The Respondent was of the view that the documents used or disclosed at the trial contained valuable information which would assist it in its aims.

The application was granted on the basis that the Master had jurisdiction, either under the CPR or at common law, to order that a non-party be given access to the material sought.   This included the hard copy trial bundle, including the disclosure documents, all witness statements, expert reports, transcripts and written submissions.

On appeal by Cape, the Court of Appeal held:

Lady Hale, for the Court, identified three issues in the case:

Under CPR r 5.4C(1), the general rule is that a non-party may obtain copies of (a) a statement of case, but not any attachments filed or served with it; and (b) judgments or orders made in public.  Under subsection (2), a non-party may, if the court gives permission, obtain from the records of the court a copy of any other document filed by a party, or communication between the court and a party or another person.

Rejecting the submission that filing was the relevant test for what documents may be obtained under subsection (2), the Supreme Court began by noting that such copies of documents were to be obtained “from the records of the Court.’  This therefore this must mean “those documents and records which the court itself keeps for its own purposes.”

However, this did not mean that the current practice in relation to what is kept in the records of the court was determinative of the court’s power to order access to case materials, because:

The purposes for which court records are kept are completely different from the purposes for which non-parties may properly be given access to court documents. The principle of open justice is completely distinct from the practical requirements of running a justice system. What is required for each may change over time, but the reasons why records are kept and the reasons why access may be granted are completely different from one another.

Under the CPR, therefore, access to court documents cannot refer to “every single document generated in connection with a case and filed, lodged or kept for the time being at court.”

Having reviewed the authorities, the Supreme Court then found that “there can be no doubt” that these rules of court were a minimum, and not exhaustive of the circumstances in which non-parties may be given access to court documents:

…case after case has recognised that the guiding principle is the need for justice to be done in the open and that courts at all levels have an inherent jurisdiction to allow access in accordance with that principle. Furthermore, the open justice principle is applicable throughout the United Kingdom, even though the court rules may be different.

Thus, it was held that there is an inherent jurisdiction to allow access under the constitutional principle of open justice.

Issue (3): The Scope of the Inherent Jurisdiction

The primary purpose of such jurisdiction was then found to be two-fold.  First, to enable public scrutiny of the way in which courts decide cases; to hold the judges to account and to enable the public to have confidence in the justice system.   Second, to enable the public to understand how the justice system works and why certain decisions were taken.  For this, the Court found that the public must be in a position to understand the issues and the evidence adduced in support of the parties’ cases; the observer must be able to relate what the judge has done or decided to the material which was before him.

Given these purposes, it then followed that the scope of the jurisdiction to order access is not be limited to those which the judge has been asked to read or has said that he has read, as held by the Court of Appeal.

However, although the court has such power to allow such wider access, it was also found that the applicant has no right to be granted it (save to the extent that the rules grant such a right).  Thus, a person seeking access to court documents must explain why such access is sought and how granting access will advance the open justice principle. On this, the Court recognised that the media will generally be better placed to demonstrate a legitimate reason for seeking access.

Furthermore, given the “risk of harm which … disclosure may cause to the maintenance of an effective judicial process or to the legitimate interests of others,” the Court also recognised that there may be good reasons to refuse access.  Such reasons include national security, the protection of the interests of children or mentally disabled adults, the protection of privacy interests more generally, and the protection of trade secrets, commercial confidentiality, and intellectual property rights.

Finally, an application for access must be both practicable and proportionate. A non-party who seeks access will be expected to pay the reasonable costs of granting that access.  Furthermore, it will not usually be practicable to provide the material after proceedings have concluded, because the court will probably not have retained it and the parties may not have done so either.  The present case was found to be exceptional in that the application for access had been made after the end of the trial, but where clean copies of the documents were still available.

This case raises constitutional principles of wider importance which ultimately affects all members of a democratic society, not merely those directly involved with court proceedings.  The finding that the jurisdiction of the courts to order access to court documents is not limited to the CPR but is considerably wider reaffirms the English courts’ commitment to principle of open justice.

Potential applicants for non-party access to court documents should take note that they must be prepared to show: (i) a good reason why an application will advance the open justice principle; (ii) that there are no countervailing principles against the grant of access; and (iii) that granting the request will not be impracticable or disproportionate.

On the other hand, this guidance should come as some relief to litigants and practitioners, given the increasing extent to which documents may be preserved in a digital environment.  The case clearly demonstrates that practicality and proportionality will be a strong countervailing consideration to be taken into account by the courts, and that all reasonable expenses associated with access will be borne by the applicant.

Practitioners should also note the Court’s intimation that the continuing duty of the parties to cooperate with the court in furthering the open justice principle once the proceedings are over is not unlimited but should be subject to a consultative process to determine its precise scope. In addition, given that trial bundles are not ‘evidence nor ‘documents in the case’, practitioners who mark up their own copies of trial bundles can be reassured that these will not be the subject of an order to disclose without their consent.