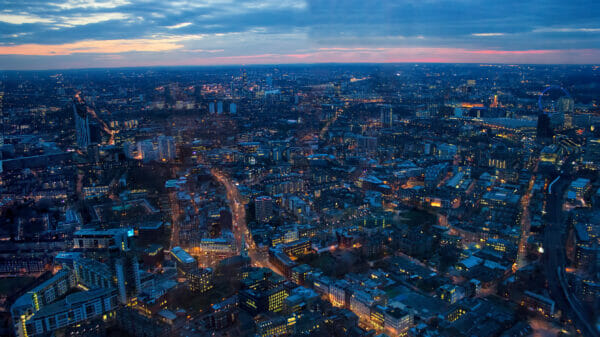 The Appellant (‘The Club’) was the owner and operator of a casino in Mayfair where the Respondent (‘Mr Yu’) gambled.  Mr Yu was a Chinese businessman, said to be  the controller of substantial corporate group in the business of real estate development services.  In 2014, when Mr Yu first became a member of the Club, he and his family were ranked by Forbes as number 149 on China’s Rich List, with a net worth of US$1.3 billion.  The Club, accordingly, had granted Mr Yu a cheque cashing facility, which he used in 2018 to purchase £19 million worth of chips using a series of cheques.

All of the cheques, however, were subsequently dishonoured.  When Mr Yu then defaulted on a settlement agreement reached in November 2018 for the payment of £16.54 million, the Club commenced the underlying action.  Upon service of proceedings, Mr Yu made several payments to the Club which, by the end of 2019, had reduced the principal amount outstanding to just under £6.54 million.

Having heard nothing further from Mr Yu, in August 2020, the Club resumed the proceedings by sending Mr Yu draft amended particulars of claim – which  took into account the payments he had made –  and a translation.  Upon a request from Mr Yu for a translation, the Club pointed out that one had already be sent.  Nothing further was heard from Mr Yu.

Accordingly, on 18 September 2020, the Club issued an application to amend and for summary judgment.  These were granted on 19 November 2020 and judgment entered for the principal sum, interest, and costs to a total of just over £10 million.  The Order was subsequently served on Mr Yu. Four months later, on 20 April 2021, the Club applied for a post-judgment worldwide freezing order.  Mr Yu again did not engage in the proceedings.

The Judge (Mr Peter Marquand, as a Deputy Judge of the High Court) identified the relevant test, comprised of four requirements:  (1) the applicant has a good arguable case on the merits; (2) there is a real risk of dissipation; (3) there are assets held by or on behalf of the respondent within the (geographical) scope of the proposed injunction, and (4) that in all the circumstances it is just and convenient to grant the order sought.

Given the Order for summary judgment, the first requirement was met.  On the evidence adduced by the Club, including an independent report as to Mr Yu’s assets, the Judge was further satisfied that the third requirement was met.  The main issue, therefore, was the second requirement: whether or not there was a real risk of dissipation of those assets.

In this respect, the Judge addressed each of the nine factors relied upon by the Club as demonstrating that risk, before concluding that, having viewed the evidence as a whole, there was “no more than a suspicion or a fear that there is a risk that Mr Yu would dissipate his assets.” Even the features identified in favour of a real risk of dissipation were “not very convincing”.  The application was, therefore refused.

Permission to appeal was granted by Singh LJ on 24 June 2021 on the following grounds:

Andrews LJ, with whom Birss and Nicola Davies LJJ agreed, considered the authorities and began by identifying the purpose of a freezing injunction: to ensure that a judgment in the applicant’s favour will not go unsatisfied by reason of assets that would otherwise be available to satisfy it being dealt with in a manner that will make them unavailable by the time the judgment comes to be enforced. The remedy is designed to protect against the frustration of the process of the court by depriving the claimant of the fruits of any judgment obtained in his favour; it is not intended to be used as security for a claim, nor is it a standard method for securing enforcement, like a third-party debt order or charging order.

Andrews LJ recognised the intrusive nature of the remedy in restraining a defendant from freely dealing with his own assets, which has been described variously in the authorities as a ‘potent weapon’ and ‘a nuclear remedy.’  Hence, it was important to draw the distinction between (i) a defendant who can pay but refuses to pay his debts until he is forced to do so; and (ii) a defendant who is so determined not to pay that he would take active steps to frustrate the recovery of sums due to his creditors by transferring or concealing assets or by some other form of unjustified dissipation.  In order to prevent the remedy from becoming a commonplace threat, Andrews LJ recognised that there must be “cogent evidence from which it can at least be inferred that the defendant falls into the latter category.”

Andrews LJ then considered whether the Judge had misapplied the test by applying too high an evidential threshold as to the meaning of ‘real risk of dissipation.’  As a starting point, Andrews LJ rejected the submission that a ‘real risk’ means a risk that is ‘more than merely fanciful’ with a relatively low threshold, on the basis that the observations in the authorities cited in support of such proposition appeared to be no more than ‘throwaway remarks.’   Notwithstanding that in some contexts the concepts of a ‘real risk’ and ‘more than fanciful’ are taken as two sides of the same coin (such as in applications for permission to appeal) Andrews LJ did not consider it desirable to add the gloss to the well-known test in the context of a freezing injunction.  At [36], Andrews LJ stated:

The focus should be on whether, on the facts and circumstances of the particular case, the evidence adduced before the court objectively demonstrates a risk of unjustified dissipation which is sufficient in all the circumstances to make it just and convenient to grant a freezing injunction.  Plainly a risk which is theoretical, fanciful or insignificant will not meet that threshold; but the judge should be addressing the question whether he or she is satisfied that the alleged risk is real, and that does not require any comparative exercise to be carried out, or the attaching of some other label to a risk which falls short of the threshold.

Nevertheless, in Bestfort Developments LLP & Others v Ras Al Khaimah Investment Authority & Others [2016] EWCA Civ 1099, the Court of Appeal confirmed that the “real risk” test is not a test of likelihood, i.e., one that involves demonstrating that it is ‘more likely than not’ or ‘likely on the balance of probabilities’ that there would be substantial obstacles to enforcement.  The ‘real risk’ test has never been interpreted in this way and, as such, has a lower standard than one of probability.  It was also accepted in Bestfort Developments that there is an apt analogy between an application for security for costs, given a ‘real risk’ that a costs order will go unsatisfied; and an application for a freezing order, given a ‘real risk’ that a judgment will go unsatisfied.

Andrews LJ further noted that the test is the same binary test to be applied in all cases, irrespective of the type of freezing injunction sought.  In Holyoake v Candy [2017] EWCA Civ 92 the Court of Appeal considered the less intrusive notification injunction (which prohibits the respondent from disposing of his assets without first notifying the applicant’s solicitors in writing of his intention to do so), and whether the less intrusive nature of such injunction was relevant to the level of risk required to be shown.  Firmly rejecting the approach of the court below, the Court of Appeal gave three reasons why the threshold required in order to obtain a notification injunction was the same as that required to obtain a conventional freezing order:

Applied to the present case, Andrews LJ could not fault the Judge’s understanding of the test, who had been well aware that it was not one of probability and applied the principles set out in relevant authorities.  Ground 1 was therefore dismissed.

Ground 2: Application of the Test to the Facts

In considering whether the Judge, on the proper application of the test, had reached a conclusion that was open to him on the evidence, Andrews LJ noted that the Judge had addressed each of the nine points relied upon by the Club but correctly reminded himself that he should consider them cumulatively.

Noteworthy observations arising in the consideration of the nine points include the following:

Andrews LJ ultimately concluded that the Judge had reached his conclusions following a ‘meticulous’ balancing exercise, and was therefore entitled to reach the view that the evidence was not such as to establish there was a real risk of dissipation.  Ground 2 was, therefore, also dismissed.

This case usefully sets out the test to be applied for a freezing injunction.  Noteworthy points include:

On a broader level, the case is an interesting illustration of the wider difficulties in pursing claims and enforcing debts faced by litigators involved in securing gambling debts from foreign nationals whose home jurisdiction criminalises or frowns on gambling.