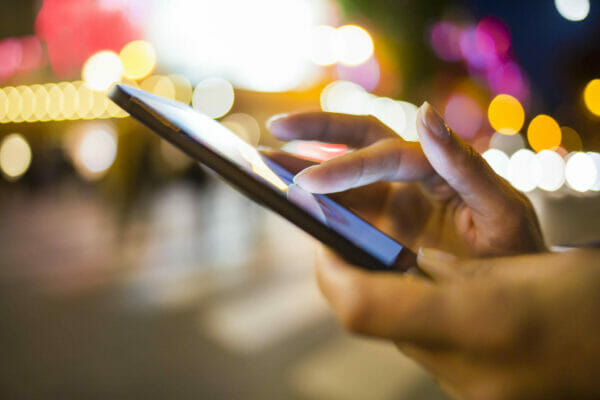 To what extent can a termination letter preserve rights under the contract? Can a party sue for damages for breach following termination, if that termination was done under a contractual termination clause and not for breach? A High Court (Comm) decision from January by Andrew Baker J has provided guidance.

The Trading Agreement contained a termination clause, broadly allowing either party to terminate the contract on the basis that either A) there has been a material breach that either cannot be remedies or has not been remedied in 30 days; or B) the other party is unable to pay its debts or takes any steps to initiate any form of insolvency proceedings.

On Friday 12 September 2014 EE notified Phones 4U that it would not renew the Trading Agreement when it expired. That afternoon the board of directors of Phones 4U met and resolved to seek the appointment of administrators. Its shops remained open for the weekend, and on Monday morning (15 September) the shops did not open for business. The cessation of trading turned out to be permanent. One issue was whether the cessation was permanent, or likely to become permanent, as of 13.00pm on 17 September 2014. At 13.02 EE sent administrators an email indicating that EE was terminating the contract by letter said to be attached (in fact sent in a subsequent email at 13.21).

The letter stated: ‘in accordance with clause 14.1.2 [the insolvency subclause] (..) we hereby terminate the [Trading Agreement] with immediate effect. As a result, we hereby terminate with immediately [sic] effect your authority to sell and promote all EE products and services (…) Nothing in this notice shall be construed as a waiver of any rights EE may have with respect to the [Trading Agreement] (…) nothing herein shall be deemed to constitute a waiver of any default or termination event, and EE hereby reserves all rights and remedies it may have under the [Trading Agreement]. It was common ground that liabilities of EE to pay Phones 4U (for EE phone contracts Phones 4U sold) survive termination and will continue to fall due until 2021. The aggregate prima facie entitlement is likely to reach £120 million.

EE made a primary counterclaim for loss of bargain resulting from termination, to the tune of £200m. Phones 4U applied for summary judgment to dismiss the counterclaim.

The counterclaim was based on an alleged obligation on Phones 4U (‘the Key Obligation’) to undertake marketing and selling of EE products and services, Apple products, and to procure customers for EE (‘the Key Activities’). Phones 4U was also allegedly under an obligation to ensure at least 30 percent of new PAYG customers signed by Phones 4U would be EE customers (‘the PAYG Obligation’). The existence of both was arguable, but the dispute not pressed in court. Therefore they were assumed for the purposes of argument.

Phones 4U argued that:

It was held that EE had a realistic prospect of establishing a breach of the Key Obligation and the PAYG Obligation (assuming such obligations exist); the existence of a repudiatory breach on part of Phones4U, at the time of the termination letter; but nonetheless that there were no real prospects of success on the primary counterclaim, because the termination had not been done on the basis of breach but on the basis of insolvency, and such termination could not subsequently be reinterpreted as termination for breach.

The point was approached as follows. EE must have already had the right to damages prior to termination, in which case its termination letter ‘reserved’ all such rights. However, if it had to do something to acquire such a right that it had not already done before termination, the reservation of rights for damages achieved nothing material (paras 69-70).

The first issue was therefore to consider how a right to damages for loss of bargain accrued in common law. This was analysed to be that i) the cause of action is for damages for repudiatory breach; ii) those damages include loss of bargain; iii) such damages are recoverable only if the loss results from the breach; iv) the necessary causation for loss of bargain damages is created by the innocent party choosing to treat itself as discharged from further performance and communicating that choice to the guilty party (para 73). This meant that if a party chose to invoke a contractual right of termination, instead of accepting a repudiatory breach and consequent right to terminate, the loss would not be caused by the breach and therefore not recoverable. In other words, ‘where (…) the contractual termination is independent of any breach, the innocent party has not treated the contract as discharged by breach; if treating the contract as discharged for breach is a prerequisite for the cause of action, the loss of bargain damages claim will fail’ (para 76).

It was plain on the terms of EE’s termination letter that i) EE was terminating with immediate effect, ii) that EE was terminating on the basis of Clause 14.1.2 (the insolvency provision), iii) that EE did not identify any breach of contract or renunciation as causing, justifying or having relevance to the termination, and iv) that EE expressed that Phones4U’s authority to sell and market EE products was also terminated with immediate effect (Para 80).

EE therefore had to show, as a matter of first principle, that the termination was for breach, and the communication made it clear that this was what EE was doing (paras 116-117). ‘A common law claim for damages for loss of bargain can fail because the termination communication conveys that the contract was not terminated in exercise of a common law right founded upon repudiation, even where the very conduct later sued upon as a repudiation at common law was cited as the factual basis for the termination’ (para 128, citing Dalkia Utilities Services Plc v Celtech International Ltd [2006] EWHC 63 (Comm)).

It was clear that EE’s termination letter terminated the Trading Agreement on the basis of a contractual right of termination, not for breach. Consequently, EE had no real prospect of success in its primary counterclaim, despite the fact that it had a realistic prospect of establishing breach. The termination simply did not concern the breach, and therefore no claim for loss of bargain could be brought.

This complex judgment highlights the importance of what contractual right is being relied upon, and in practice means that termination letters are to be drafted with utmost care. It is clear that the letter terminated the Trading Agreement for insolvency, but also that it reserved ‘all rights and remedies’ under the Trading agreement and stated that no breach is waived. Andrew Baker J decided that as a matter of common law damages, such rights had not accrued because termination was not done for breach and Phones 4U was not notified that that was the reason for termination, but there was nonetheless a real prospect of success in showing that the contract had been breached.

It is difficult to see how a termination letter could have been drafted more generously to preserve all rights to damages under the Trading Agreement, without resorting to complete fictions like ‘we also reserve the right to re-terminate on any basis whatsoever’. Whether this case will be appealed remains to be seen, though Baker J certainly thought it possible (see para 63).