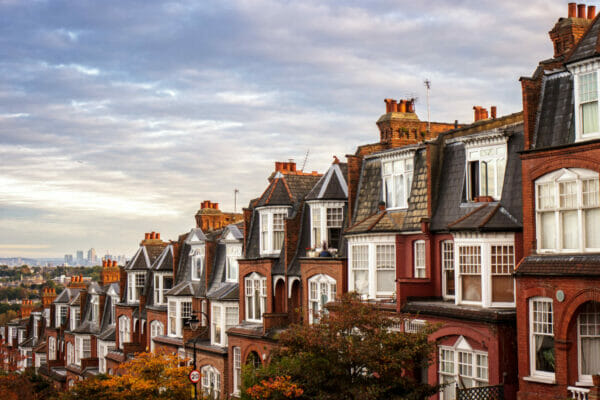 Ms Hathway and Mr Hudson started a relationship in 1990. They had two children but did not marry. They bought a family home in joint names, with no declaration of trusts. Both worked, but Mr Hudson substantially paid the mortgage; the amount he contributed exceeded Ms Hathway’s contributions. The parties separated.

Then in 2011, the house was blighted by an oil spill, making it very difficult to sell. In July and August 2013, Mr Hudson and Ms Hathway agreed financial terms set out in emails.  This included that Ms Hathway would get the house which Mr Hudson described as “a bad asset which is preventing all of us [from] .. moving on with our lives“.

In October 2019, Mr Hudson issued his claim for the sale of house, with equal division of the proceeds. Ms Hathway agreed that the house should be sold but contended that she was entitled to the whole of the proceeds under a constructive trust following a common intention and agreement, in reliance on which she had acted to her detriment. The trial judge found that the parties had clearly reached a deal. The parties did not disagree; but the deal did not satisfy the formalities for transferring legal title or a declaration of trusts.

The judge dismissed the claim and declared Ms Hathway the sole equitable owner. In doing so he found that Ms Hathway had acted to her detriment by foregoing a claim against Mr Hudson’s “other assets”.

Mr Hudson appealed saying the judge was wrong to decide sufficient detrimental reliance or change of position on Ms Hathway’s part; she had no right to Mr Hudson’s “other assets” as the parties were not married. The issue for Mr Justice Kerr was whether detriment is not required in a joint names family home case with no express declaration of trusts under Stack v Dowden [2007] 2 AC 432 and Jones v Kernott [2012] 1 AC 776.

Mr Justice Kerr found that there was no need in these types of cases to show detriment or a change of position. Upon a review of the authorities, the judge held that the starting point is the joint judgment of Lady Hale and Lord Walker JSCC in Jones v Kernott which sets out the relevant principles at [51].

Mr Justice Kerr noted that it was striking that there was no mention made of detriment in that statement of the principles that apply; nor elsewhere in either Stack v Dowden or Jones v Kernott, apart from the mention in Lord Neuberger’s dissenting judgment in Stack v Dowden. The judge concluded that it was most unlikely that the Supreme Court would have forgotten to mention the need to establish detrimental reliance in cases involving a family home bought in the joint names of a cohabiting couple who are both responsible for any mortgage, but without any express declaration of their beneficial interests. It followed that there was no need for Ms Hathway to show detriment or a change of position in order to succeed.

The judge did however stress that in an estoppel case, the issue is always ultimately one of unconscionability, in the broadest sense. It would therefore always be necessary to persuade the court that the party denying the equitable interest is not permitted to do so on the ground of unconscionability.

This case resolved (at least for now) the uncertainty surrounding the need to establish detriment or a change of position in joint family home cases, which authors of learned texts have not spoken with one voice on since Jones v Kernott (e.g. Megarry & Wade and Lewin on Trusts). It will however continue to be imperative to lead evidence of unconscionability if the case is to succeed.