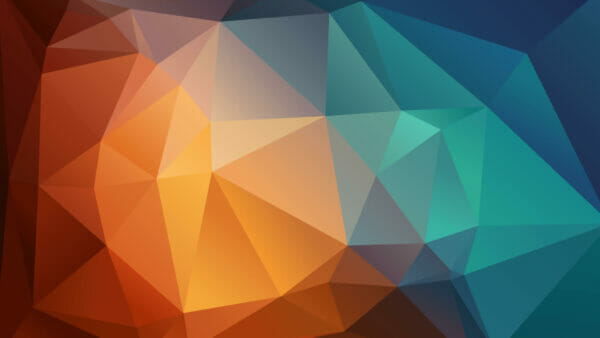 The High Court in Financial Conduct Authority v Arch Insurance (UK) Ltd [2020] EWHC 2448 (Comm) have provided much needed guidance on business interruption insurance. Within the judgment was analysis on the law of causation for insurance policies. The decision may be perceived as, at best, widening the approach when undertaking the ‘but for’ test, or at least providing much needed clarity to the test.

The law of causation in insurance plays a key role of linking the cause with the effect of the damage when deciding whether the insurer is liable to indemnify the insured. The first test to apply when considering causation is the ‘but for’ test: but for the event, would the loss have occurred? If the loss would not have occurred without the event, then the test is satisfied. For example, if a hurricane causes damage to the hotel, it may be trite that the ‘but for’ test is satisfied, because but for (or without) the hurricane no damage would have occurred. However, this was not the case in Orient-Express Hotels Ltd v Assicurazioni Generali SpA [2010] EWHC 1186 (Comm) (“Orient Express”) where damage was separated from the liability of cover.

The insured owned a hotel in New Orleans and had an all risks insurance policy on the hotel.  It made a claim for material damage and business interruption losses after the hotel suffered significant damage as a consequence of Hurricanes Katrina and Rita.

This result may seem paradoxical because it is obvious that the Hurricanes caused both the hotel and city to suffer loss. Simply because the Hurricanes affected more than just the hotel seems strange to conclude that cover was not triggered. The damage also to the city may affect the extent of the liability, but draconian to circumscribe the triggering of liability.

Nevertheless, this reasoning and precedence was applied in the Financial Conduct Authority v Arch Insurance (UK) Ltd [2020] EWHC 2448 (Comm) (“FCA”), where the High Court came to a different conclusion.

Due to the widespread and ubiquitous uncertainty over the appropriate interpretation of the wording in many Business Interruption Insurance policies that were being claimed by policy holders as a consequence of the economic effects of Covid-19 and Governmental quarantine measures, the Financial Conduct Authority decided to obtain court declarations, aimed at resolving the contractual uncertainty around the validity of many these claims.

On the issue of causation, the High Court distinguished the relevant facts against Orient Express on the basis that the insured perils and construction of wordings in the policies before it, in particular the composite or compound perils, were distinguishable from the all-risks policy considered in Orient Express. Nonetheless, the Court stated that had the relevant facts been similar to those in Orient Express, the Court would ‘have reached the conclusion that it was wrongly decided and declined to follow it.’ [para 529]

This approach maintains the link between the damage and the covered fortuity (physical consequence of hurricanes) in order to assess whether there was loss (business interruption), which is the aim of the ‘but for’ test. This link avoids the arbitrary separation between the ‘but for’ cause of loss and the extent of cover before considering proximity. In fact, the Court stated that the error in the reasoning of Orient Express may have come about because the judge focused only on the “but for” causation issue and did not pose the question of what was the proximate cause of loss claimed. [para 523]

Even though the process of considering the proximate cause(s) of loss arrives once the ‘but for’ stage has been satisfied, posing it during assisted the Court by confirming whether the ‘but for’ test has been satisfied. The proximate causes of loss were the damage to the hotel caused by the hurricanes and damage to the city caused by the hurricanes. Since the hotel was damaged and a covered fortuity included hurricanes as an insured peril, and not an inherent vice, the uninsured (but not excluded) peril of damage to city from hurricane should not stifle liability. Thus, although the city was affected, so too was the hotel, where there was cover. The separation of liability does not occur if external non-covered circumstances resulting from the event also disrupt the business. Unless stated in the contract via excluded perils, the ‘but for’ cause of loss will be the damage caused by the covered fortuity in order to assess whether there was a loss resulting from the covered fortuity.

Secondly, the Court stated that the decision in Orient Express resulted in the untenable conclusion that the more serious the fortuity the less cover the policy provides for the consequences of damage to the insured property. For example, if the hurricane had only damaged the hotel, there would have been a full recovery, but because the overall devastation caused by the hurricanes was to the whole city and surrounding area, liability was avoided. This position cannot be the intended result of Orient Express, and so the Court would not have followed the reasoning in Orient Express if it were relevant.

It is important to point out that each insurance policy will be decided on its own facts and subject to the specific wording of that policy, as the rationale on ‘but for’ cause of loss in the FCA judgment was made generally and did not apply specifically to the 21 different policy wordings under consideration. Nonetheless, FCA may be perceived as, at best, broadening the approach taken when undertaking the ‘but for’ test, or at least providing much needed clarity to the test.