Home > Champerty, Public Policy, and the Winds of Change Out of Breath…

Champerty, Public Policy, and the Winds of Change Out of Breath… 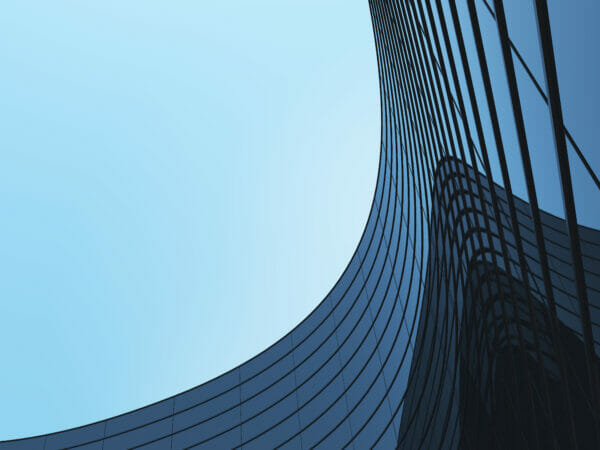 This appeal arose from the arrangements between the late Claimant (‘Mr Farrar’) and his former solicitors, the Appellant (‘CANDEY’), in respect of proceedings between Mr Farrar and the Defendant Respondent (‘Mr Miller’).  In sum, Mr Farrar and CANDEY had entered into several agreements in respect of the funding of Mr Farrar’s claim, starting with a damages-based agreement (‘DBA’) in October 2013.  On 12 September 2019, this first DBA was replaced by a second DBA; and Mr Farrar and CANDEY further executed a deed by which Mr Farrar assigned all of his claims against Mr Miller to CANDEY (‘the Assignment’).

In October 2019, Mr Farrar unexpectedly died.  Following a complex procedural history, no further steps had been taken since July 2018, when the Supreme Court refused Mr Miller permission to appeal against an order granting Mr Farrar permission to amend his claim.   It was CANDEY’s evidence in the present appeal that, if successful, the value of Mr Farrar’s claim would be in excess of £1.6 million.  Mr Farrar was also, at the time of his death, in financial difficulty and anticipating a bankruptcy petition to be presented against him.

By an application issued on 7 May 2020, CANDEY sought permission to be substituted as a claimant in place of Mr Farrar in these proceedings.

Accordingly, it was formerly the position at common law that solicitors could not conduct litigation pursuant to agreements under which they only recovered their fees if their client was successful or under which they took a share of the proceeds.  As set out by Lord Esher MR in Pittman v Prudential Deposit Bank Ltd (1896) 13 TLR 110, (cited at [26]): “In order to preserve the honour and honesty of the profession it was a rule of law which the court had laid down and would always insist upon that a solicitor could not make an arrangement of any kind with his client during the litigation he was conducting so as to give him any advantage in respect of the result of that litigation … The responsibility of persons engaged in the profession of the law was very great, and their conduct must be regulated by the most precise rules of honour. The Court thought that, unless the rule was carried out to its fullest extent, there would be a temptation to solicitors which they should not be subjected to.”

Post 1990 authorities on the statutory interventions provided as follows:

Marcus Smith J (‘the Judge’) noted that CANDEY did not contend that the Assignment was either a lawful conditional fee agreement or lawful damages-based agreement within the 1990 Act, as subsequently amended. The Judge then analysed CANDEY’s argument as involving two alternative contentions and proceeded to reject both, as follows.

CANDEY’s broad contention was that the Assignment was not champertous because it was in the public interest since it was similar in effect to a damages-based agreement.  The Judge, however, considered at [35] of his judgment (cited at [45] in the present appeal) that the binding authority of Sibthorpe v Southwark fatal to such argument because, as Lord Neuberger MR explained in that case:

there is now a ‘hard distinction’ between potentially champertous transactions between non-lawyers and potentially champertous transactions involving a lawyer. The former cases are considered according to the broad and flexible standard articulated [by Lord Neuberger MR at [35]-[36] in Sibthorpe v Southwark]. The latter cases are assessed according to an altogether different standard: they are either sanctioned by statute or they are not; and if they are not, the common law does not ride to the rescue. In this case, the Assignment is not sanctioned by the 1990 Act and – assuming it to stand alone – clearly fails as a champertous transaction.

CANDEY’s narrow contention was that the Assignment was not champertous because it was preceded by the DBA and did no more than enable Mr Farrar’s claim against Mr Miller to be continued in circumstances where Mr Farrar was impecunious.  The Judge, however, rejected this argument on two grounds:

First: “the Assignment create[d] a very marginal benefit in terms of access to justice, against a number of very real issues in terms of undermining the purity of justice.”

Second:  in any event, the reasoning in the binding authorities as to any agreements not in conformity with the 1990 Act applied “with equal force to a transaction which, like the Assignment, replaced a 1990 Act-compliant damages-based agreement, but which was not itself so compliant.”

Accordingly, the Judge dismissed the application, however, he gave CANDEY permission to appeal.

Before the Court of Appeal, the thrust of CANDEY’s argument was that, in light of the statutory interventions in this area, the Court should recognise that it was no longer contrary to public policy for an assignment like the Assignment to be entered into.

Furthermore, Counsel for CANDEY emphasised that the distribution of recoveries under the Assignment was essentially the same as under the DBA, which was permitted by the 1990 Act. The 1990 Act showed that it was no longer contrary to public policy for solicitors to receive up to 50% of the proceeds of claims, because it was now recognised that such agreements promoted access to justice. The Assignment did not, counsel contended, enlarge the benefit to CANDEY from pursuing the claim compared to the DBA; on the contrary, Mr Farrar’s estate would be better off assuming that CANDEY’s construction of the agreement was correct.

Arnold LJ, with whom Simler and Phillips LJJ agreed, rejected the argument for two reasons at [51]:

In respect of the public policy argument, Arnold LJ said this:

[52] When confronted with the problem of precedent during the course of argument, counsel for CANDEY’s response was to argue that this Court was not bound by its own precedents in circumstances where statute demonstrated that the underlying public policy had changed. He was unable to cite any authority in support of this submission, however. In any event, Awwad v Gerachty and Rees v Gateley are recent decisions of this Court which establish that there has been no relevant change in public policy. Even if it was open to this Court to depart from the previous authorities, I would not do so. I consider the reasoning in those cases and in Factortame and Sibthorpe v Southwark to be entirely convincing. Section 58(1) of the 1990 Act is explicit that conditional fee agreements that do not comply with all the relevant conditions are unenforceable. The same is true of section 58AA(2) of the 1990 Act and damages-based agreements. It is no answer to this point that the Assignment is neither a conditional fee agreement nor a damages-based agreement: what section 58(1) and section 58AA(2) show is that Parliament, being well aware of the common law rules, decided to go so far towards relaxing them as sections 58 and 58AA provide and no further.

The Court of Appeal’s judgment confirmed that public policy still requires solicitors to be governed by narrower rules than other commercial parties may be. Whilst the Court considered that it was bound by the previous authorities in respect of the public policy governing solicitors, the fact that Arnold LJ concluded that he would not depart from those authorities even were the Court able to is notable.

The solicitors’ case relied upon the Court taking the view that public policy had been substantially liberalised with the advent of CFAs and more recently DBAs. They expressly relied on the rationale behind those developments being to increase access to justice and contended that public policy had broadened by reason of this. The Court of Appeal rejected this, seeing those developments as an exception to general public policy rather than examples of policy shifting. In so doing the Court of Appeal has confirmed that the approach that it has taken since the 1990 Act remains good law. Further, it has confirmed the continuation of public policy on the question of champerty that runs back to the 19th century and beyond.

CANDEY have reportedly sought permission to appeal to the Supreme Court. Should permission be granted, they will have to persuade the Court that parliament’s changes to the funding of litigation is indicative of a shift in public policy rather than being an exception to long-established public policy. That would be a marked change in the approach that the Courts have taken where solicitors and champerty are concerned. As things stand, Lord Esher’s 19th century concern to preserve the honour and honesty of the solicitors’ profession holds true.