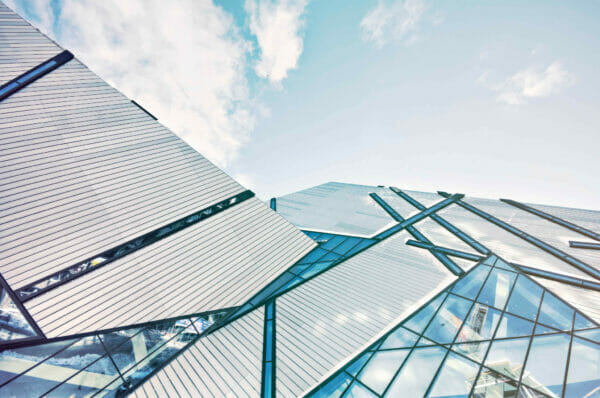 As part of the Bart Square residential development project, E.ON was required to install an underground heat network. E.ON invited tenderers and in a document instructed that a tender be prepared for all civil works associated with the installation of network pipes and to identify any exclusions. Clancy Docwra (CDL) became the successful tenderer and were then engaged by E.ON to excavate the road around Bart Square with the goal of eventually installing pipes.

CDL’s tender was, however, accompanied by an email which stated that the offer was made on the basis that:

E.ON argued that CDL undertook to carry out the Works as defined in the Sub-Contract, which included all civil works required in the installation of pipes. The risk in respect of the ground conditions had been clearly allocated to CDL.

In contrast, it was the position of CDL that the scope of its obligations did not extend the ground interference and that the allocation of risk under the Sub-Contract had been modified by the appended documents such as the post-tender review minutes. CDL sought declarations to that effect, and/or alternatively the right to rectify the Sub-Contract to restrict the scope of the Work.

Mrs Justice Jefford DBE, sitting in the TCC, held that the scope of the Works under the Sub-Contract had been modified by the appended documents, and therefore did not extend to dealing with the ground conditions. She granted declarations entitling CDL to a variation.

Although Mrs Justice Jefford had accepted E.ON’s submission that the scope of Works was defined as all civil work involved in the installation of pipes, as set out in the invitation to tender and referenced in the Sub-Contract document, this was only a broad definition. This was because the invitation to tender had also instructed tenderers to set out possible exclusions. By offering that option, E.ON recognised that the tender and therefore any subsequent Sub-Contract could involve exclusions limiting the scope of Works. The Scope of Works was therefore limited by the tender clarifications that CDL had sent out.

Mrs Justice Jefford accepted that the scope of the Works was broadly defined as all civil works involved in the installation of pipes. This was as set out in the invitation to tender, which was part of the appended documents and referenced in the main Sub-Contract document. However, the invitation to tender had also instructed tenderers to set out possible exclusions. By offering that option, E.ON recognised that the tender and any subsequent Sub-Contract might involve exclusions limiting the scope of the Works.

It was also E.ON’s position that Clauses 2.1.7 and 2.1.8 of the Sub-Contract conclusively allocated risk of the ground conditions onto CDL. Those Conditions stated that:

2.1.8 Notwithstanding any other provision of this Sub-Contract, the Sub-Contractor shall not be entitled to any extension of time or to any additional payment, damages, or direct loss and/or expense on the grounds of any misunderstanding or misinterpretation of any matter set out in clause 2.1.7, or his failure to discover or foresee any risk, contingency or other circumstance (including, without limitation, the existence of any adverse physical conditions or artificial obstructions) influencing or affecting the Sub-Contract Works.”

The crux of E.ON’s argument was that CDL in agreeing to the terms of the Sub-Contract must have accepted taking on the risk of ground conditions as it would be deemed to have inspected and examined the site sufficiently.

The problem with that position, however, is that it views Clauses 2.1.7 and 2.1.8 in isolation. On a proper construction, Clauses 2.1.7 and 2.1.8 were qualified by the scope of the Works as set out in the appended documents. This is because the purpose of any inspection or examination was to carry out the Sub-Contract. If the scope of the Works under the Sub-Contract did not include the breaking out of ground obstruction, then Clancy Docwra could hardly be said to have borne the risk of breaking out.

As Mrs Justice Jefford states at [76], E.ON’s position, “…would have the effect that clause 2.1.7 allocated to CDL the risk of carrying out work which CDL had expressly excluded from the Sub-Contract Works: it would have the effect of meaning that CDL had satisfied themselves in respect of the site for the purposes of carrying out works that were not part of the Sub-Contract Works.  And that would not make sense.”

Clancy Docwra Ltd v E.ON Energy Solutions Ltd serves as a useful reminder to contracting parties that pre-contractual documentation such as correspondence and tender documents are important to the contractual matrix. As the Court will have regard to such documents in determining the scope of obligations and in construing the main contract, it is crucial that contracting parties ensure that such documentation properly reflects the contractual bargain unless excluded. Appendices and attachments require detailed review and should not simply be tacked on.

Further, parties should not place undue reliance on risk allocation clauses or amendments. In the present case the clause was drafted with the implicit assumption that the scope included all works. As such the risk allocation was effectively trumped by CDL’s exclusions. Such clauses should not be viewed in isolation of the rest of the contractual documentation.