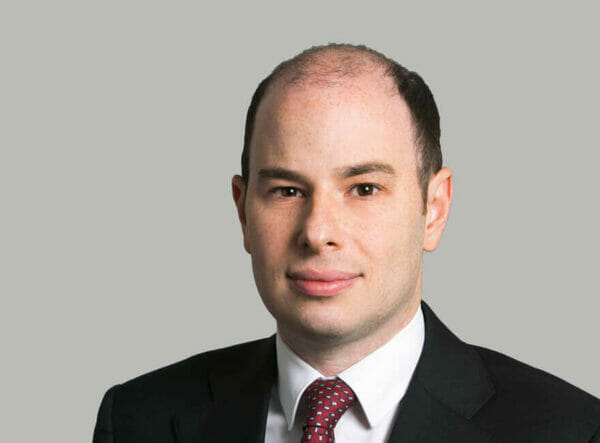 Quick summary of the decision

This was an appeal by joint liquidators. Their claims, against the innocent recipient of funds stolen from the company, had been dismissed at trial by ICC Judge Prentis.

He concluded that, where unwinding the change of position will not be easy, a defendant to an unjust enrichment claim need not need pursue litigation against a third party to prove irrecoverability. Further, in conducting the balancing exercise inherent in the change of position defence, the position of defrauded creditors does not, in principle, outweigh the innocent defendant who has irreversibly lost the enrichment.

He upheld the Judge’s conclusions on change of position and dismissed the appeal.

Background to the case

Grosvenor Property Developers Limited (the “Company”) raised £7.6m from investors, but the Company’s business was a fraud.

The controlling mind of the Company, Sanjiv Varma (“SV”) directed £2m of the Company’s monies to his son (“SVJ”), telling him it was an inheritance from SVJ’s grandmother, being the proceeds of sale of valuable jewellery, transferred to the Company and then sold.

SVJ then loaned the £2m to a property development company (“Grosvenor PBSA”) operated by SV. Grosvenor PBSA could not repay this sum; the £2m was lost.

The Company was placed in liquidation on 14 November 2018 and the Joint Liquidators (the “JLs”) brought claims, including against SVJ, to recover the misappropriated monies.

As to the £2m, the JLs brought claims against SVJ in knowing receipt and unjust enrichment.

At trial, ICC Judge Prentis found that SVJ genuinely believed that his receipt of £2m represented an inheritance, and that in receiving this sum, any rights he had in the jewellery were released. In any event, SVJ had changed his position irreversibly by paying the £2m away to Grosvenor PBSA.

Consequently, SVJ did not have sufficient knowledge of the wrongdoing to be a knowing recipient. He had not been unjustly enriched at the expense of the Company, having given something in return for his receipt of the £2m, being the release of his rights in the jewellery. Having lost the money, he had a good defence of change of position anyway. The Judge dismissed these and other claims against SVJ.

The JLs appealed against the Judge’s conclusions on unjust enrichment.

The JLs pursued two grounds of appeal, namely that the Judge was wrong to find that: (i) SVJ’s receipt of £2m was an inheritance; and (ii) SVJ could avail himself of the change of position defence. The JLs needed to succeed on both grounds to disturb the Judge’s order.

The JLs’ second ground failed. The Judge had been correct to find that SVJ had lost the £2m and there was no proper basis for challenging that conclusion on appeal. SVJ did not need to pursue litigation against SV to prove the irrecoverability of the £2m, and no such case had been advanced at trial. In conducting the balancing exercise to determine where the loss should fall, there was little to be achieved seeking to identify where the loss should fall as between two innocent parties. By demonstrating that the £2m was irretrievably lost in good faith, SVJ had a complete answer to the JLs’ claim.

What are the practical implications of the case?

The decision is helpful in clarifying the scope of the change of position defence, and the lengths to which defendants must go in seeking to ‘reverse the disenrichment’ before they can avail themselves of the defence. Where it is straightforward for a defendant to recover the enrichment, they will not be able to rely on the change of position defence, but they need not pursue litigation against a third party to prove that the enrichment has been lost irretrievably.

For practitioners, it is further important to note that where a liquidator is seeking recoveries on behalf of defrauded creditors, this factor will not be given primacy in the balancing exercise to be conducted by the trial judge in deciding whether the change of position defence is available to an innocent defendant. Proving that the enrichment has been irreversibly lost in good faith will be a complete defence to the claim.

Finally, the case serves as a warning to claimants faced with a change of position defence. Although the burden of proof rests on the defendant seeking to rely on the defence, it is vital for claimants to challenge, comprehensively, the defendant’s case at trial, however unlikely their story appears to be.

This analysis was first published by LexisNexis PSL.