Home > Commercial Agents and the ‘Commodities Market Exception’ in the Court of Appeal: A Rough Diamond Cut and Polished

Commercial Agents and the ‘Commodities Market Exception’ in the Court of Appeal: A Rough Diamond Cut and Polished 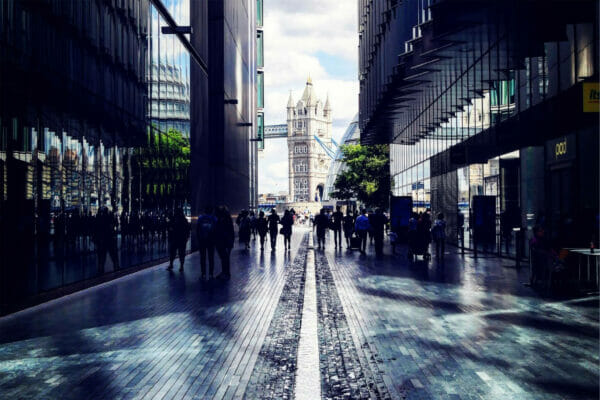 For much of the 20th Century, De Beers maintained a dominant position in the wholesale market for rough diamonds through a unique sale system. Diamonds were sold at international events known as ‘Sights,’ and all prospective buyers were required to obtain De Beers accreditation as a ‘Sightholder.’  Sightholders were further required appoint an accredited broker.  The long-standing practice was that, about one month before each Sight, brokers would apply to De Beers for particular allocations of rough diamonds, categorised by type, on behalf of their Sightholders.  Shortly before the Sights, brokers would be notified of the allocations made.  Given that the basis for allocation was opaque and discretionary, a broker’s influence with De Beers – such as the ability to develop networks with key executives, generate goodwill, and promote his Sightholders – was critical to receiving favourable allocations. Sightholders would then inspect their allocations at the Sights; free to accept, reject, or negotiate a price.

The Claim in the High Court

The Claimant was an accredited broker who had acted for the Defendant Sightholder for almost fifty years. In 2013 the Defendant terminated its relationship with the Claimant. The Claimant sued for compensation pursuant to The Commercial Agents (Council Directive) Regulations 1993 (SI 3053/1993) (“the Regulations”) and alternatively in debt and damages at common law for breach of contract.

The primary focus in the High Court was the compensation claim, and the relevant provisions of the Regulations were:

Regulation 2(2): “These Regulations do not apply to…(b) commercial agents when they operate on commodity exchanges or in the commodity market.”

Popplewell J found that the Claimant fell within the definition of a ‘commercial agent,’ and proceeded to consider the commodities market exception. Although the history of the Directive and other various documents were considered, the judge was not able to identify a rationale for it.   His approach was, therefore, to begin with the definition of ‘commodity,’ then consider whether the sale in question was of the good as a commodity.  Key features of ‘commodities’ and ‘commodities sales’ were found to be: an emphasis on generic goods in bulk; goods which are indistinguishable in origin or features from other goods of the same type; and sales of standardised goods by category and description.

He therefore concluded that the Sights were a commodity exchange or market within Regulation 2(2)(b), so the claim under the Regulations failed. The judge, however, gave judgment for Claimant for the claims in contract. The Defendant appealed and the Claimant cross-appealed the finding that the Regulations did not apply.

The Defendant’s appeal was dismissed. The cross-appeal was not, therefore, strictly required to dispose of the case, but the Court of Appeal determined the issues raised on the basis it was of wider significance.

Leggatt LJ (with whom Henderson LJ and Newey LJ agreed) began by noting that the UK law had previously not recognised the category of ‘commercial agent,’ and that the principles underpinning the Directive derive from continental legal systems. The most significant addition to UK law was identified as being the considerable protection afforded to commercial agents by way of an indemnity or compensation on termination of the agency agreement. German law has long recognised the extent to which a commercial agent has sourced new customers or increased the volume of business; benefits which the principal continues to enjoy on termination of the agency agreement. The French jurisprudence, on the other hand, recognises the agent’s share in the goodwill of the principal’s business, which the agent has helped to create.

Leggatt LJ was unable to agree that an ‘exchange’ is simply a place for sales to take place. A supermarket, for example, could not be described as an exchange. Nor could he agree that the fact that the class of persons able to buy is restricted and the process of selling regulated was sufficient. Rather:“The nature of an exchange is a place where trading takes place among members and subject to its rules…the essential feature of a commodity exchange is that the commodities (or rights to buy and sell commodities) which are traded on the exchange can be freely bought and sold among the participants.”

Leggatt LJ then considered ‘commodity market’ and agreed with Popplewell J that the use of two alternative expressions indicated that it should bear a different meaning to ‘commodity exchange.’ To avoid rendering the inclusion of two distinct terms superfluous, Leggatt LJ adopted the interpretation that:

The Purpose of the Exception

Although Leggatt LJ reached these conclusions by considering the wording of the Directive only, he recognised that, as an EU legal instrument, it was essential to have regard to its purpose. Leggatt LJ therefore cited Tamarind International Ltd v Eastern Natural Gas (Retail) Ltd [2000] CLC 1397, where, taking into account the continental jurisprudence, it was held that the purpose of the Regulations was: “to protect agents by giving them a share of the goodwill which they have generated and from which the principal has benefited after the agency agreement has been terminated.”

Leggatt LJ therefore concluded that the rationale for excluding sales on the commodities markets or exchanges from the scope of the Regulations was because:

“…trading which takes place on a commodity exchange is not an activity by which members of the exchange who buy and sell on behalf of clients build up goodwill for their principals with counterparties. It is trading of a nature where the identity of a counterparty is largely irrelevant. Sales are made to whoever is able and willing to pay the agreed price. Considerations of customer or supplier loyalty and goodwill are of little or no significance. Indeed, the rules of an exchange are usually intended to promote this by providing confidence that any contract made between members of the exchange will be honoured. Thus, it would be implausible for a commodity broker to suggest that, because it has executed many trades on behalf of a particular principal over a long period, it has thereby helped to develop valuable relationships between the principal and other traders from which the principal will continue to benefit if it decides to use a different broker.”

Leggatt LJ found that the relationship between Sightholders and brokers was the antithesis of such impersonal trading; noting that allocations were made on the basis of brokers maintaining goodwill with De Beers and lobbying and promoting their individual Sightholders. He therefore found that the agency relationship between the parties was exactly the kind to which the protections afforded by the Regulations would be most expected to apply.   In the absence of any ‘clear and countervailing purpose’ which would be served by excluding the case from the scope of the Regulations, Leggatt LJ found that adopting the broad definition applied by the court below would frustrate its purpose.  This would be contrary to the principle of EU law that exceptions from the general scope of a Directive should be interpreted strictly, although not in such a way as to deprive the exceptions of their intended effect.

Leggatt LJ agreed with the submission that the definitions of ‘commercial agent’ and ‘commodity exchange or market’ were two distinct questions which needed to be addressed separately. However, it did not follow that the two concepts did not share a common underlying purpose.  Thus, although:

“…the creation of goodwill for the principal is not an element of the definition of a commercial agent: it is a concept which informs its interpretation. It ought likewise to inform the interpretation of the commodity market exception – all the more so in the absence of any other identified purpose for it.”

The decision has clarified several areas of uncertainty regarding the interpretation of ‘commercial agent’ and the scope of the commodities market exception. Key points of general application include: