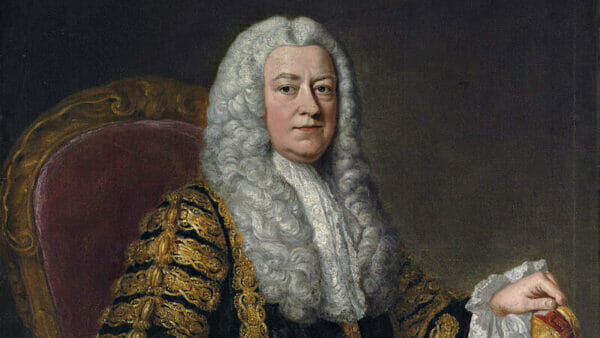 In June 2020 and in light of the murder of George Floyd, the prominence of the #BlackLivesMatter movement and a slightly cryptic tweet by a prominent legal blogger, I started Googling Lord Hardwicke. I knew my chambers had taken the name of the building that we originally moved into. Hardwicke seemed a better name than Bog House, which is what the original building was known as before getting its official name. I knew that the building had been named by Lincoln’s Inn after a prominent former judge. I think I knew he had been a Lord Chancellor, but I had no knowledge of the Yorke-Talbot Opinion of 1729. Thanks to Google I soon knew a fair bit about the Yorke-Talbot Opinion and, very soon, so did the rest of chambers. In light of the discovery – and we accept the criticism that someone in chambers should have known earlier – the decision to change our name was a straightforward one. We were planning to move, but to perpetuate the legacy of Lord Hardwicke by taking the name with us was to our chambers unthinkable.

When we had eventually secured trade marks for the Gatehouse Chambers name, we announced our forthcoming change of name and the reason for it. The overwhelming response was supportive, and we are very grateful to clients, colleagues and the legal profession as a whole for that amazing level of support. Twitter of course produced a small number of critical tweets but also some fascinating insights into the genesis of the Yorke-Talbot Opinion. Insights that suggested that there was far more for me to learn than I had done so far from my Googling. Amongst the tweets were some from Nicholas Leah, a future pupil barrister at 3 Hare Court Chambers and a member of the Royal Historical Society who read history at UCL and Lincoln College, Oxford before studying law.

In light of Nicholas’ interest and solid grounding in the history of the Yorke-Talbot Opinion, we commissioned Nicholas to write a paper on the Opinion and its importance in supporting the slave trade. It is a fascinating story, and Nicholas covers the history of the Opinion in both its economic and legal context.  We are grateful to Nicholas for this insightful piece and hope you will find the time to read it all and then appreciate why we have proudly become Gatehouse Chambers.