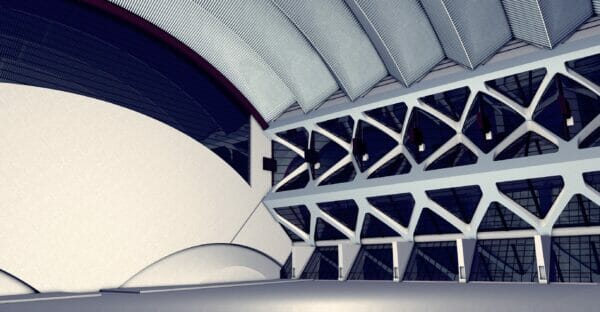 The Technology and Construction Court’s recent decision in Downs Road Development LLP v Laxmanbhai Construction (UK) Limited [2021] EWHC 2441 (TCC) has contributed to the developing case law surrounding the severance of adjudicator’s decisions. The case illustrates that severance will not be available in all the situations where previously it might have been expected.

The judgment of HHJ Eyre QC has provided judicial direction on the factors which may be taken into account when determining whether an aspect of the adjudicator’s decision can be safely severed from parts which are unenforceable by reason of a breach of natural justice or a jurisdictional error. The crucial question, according to HHJ Eyre QC, is whether the adjudicator’s decision is composed of several decisions, or a single decision with accompanying reasoning. In the latter circumstance, severance will not be possible.

Downs Road Development (the Employer) engaged Laxmanbhai Construction (the Contractor) to carry out construction works under a JCT Design and Build Contract (2011 Edition). A dispute arose over the correct sum due to the Contractor in Payment Cycle 34. On 26th February 2021, the Contractor had sent Interim Payment Application 34 identifying that £1.89 million was due to them. Five days later, the Contractor sent a ‘holding’ Payment Notice valuing the interim application at £0.97; this was followed on 9th March by Payment Notice 34a, providing a net amount for payment of £657,218.50. This smaller sum was subsequently paid, but the issue of the correct sum due in Payment Cycle 34 was referred to adjudication (the Adjudication) by the Contractor.

When the Contractor gave notice of adjudication, they stated that the Adjudication concerned “the correct sum due to the Referring Party in Interim Payment Nr 34”. At the Adjudication, the Employer issued a contra-charge of £149,692.30 in respect of a capping beam which they claimed had been positioned incorrectly.

Mr Entwistle (the Adjudicator) took a narrow view of his jurisdiction and decided that his task was constrained to the correct valuation of Interim Payment 34, determining that the capping beam contra-charge was outside his jurisdiction. In his decision, the Adjudicator set a value of £771,045.48 for the sum due to the Contractor; more than what the Employer had paid, but substantially less than the sum the Contractor thought was due.

In obiter comments in Cantillon v Urvasco [2008] EWHC 282 (TCC) Akenhead J had proposed that an adjudicator’s decision could be severed if the adjudicator decided two or more disputes, and the jurisdictional or natural justice issue affected only one of them.

Over the past decade, the circumstances in which severance was considered by the courts have expanded, to the point where Pepperall J in Willow Corp Sarl v MTD Contractors Ltd [2019] EWHC 1591 (TCC) stated that:

“the proper question is not… to focus on whether there was a single dispute or difference but upon whether it is clear that there is anything left that can be safely enforced once one disregards that part of the adjudicator’s reasoning that has been found to be obviously flawed”.

Pepperall J held that if there was a “core nucleus” of a decision that could be safely enforced, it should be severed and upheld.

Despite determining there had been a breach of natural justice in respect of the capping beam claim, HHJ Eyre QC held that the Adjudicator’s decision on the amount due at Payment Cycle 34 could not be severed.

HHJ Eyre QC initially determined that the Adjudicator had breached the rules of natural justice in not considering the capping beam claim. The Adjudicator’s view was that his jurisdiction was limited to determining the sum due at Interim Application 34, and that the capping beam claim was not part of the dispute at the relevant time. HHJ Eyre QC held that this refusal to consider the claim constituted a deliberate failure to address a ‘material issue’, on a proper view of the Adjudicator’s jurisdiction.

HHJ Eyre QC then reviewed the authorities on severance. He first distinguished the circumstances in Willow Corp, the recent Scottish Court of Session in Dickie & Moore Ltd v McLeish [2020] CSIH, and previous cases on severance. He explained that the effect of the severed decision in these cases was that the award in favour of the successful party at adjudication was upheld, but for a lesser amount.

The Judge observed that different considerations came into play “when severance would lead to enforcement of a particular part of the decision in question with that part having been a stage in the process prior to the ultimate decision”. The Judge reflected that severance could “potentially” be available in such cases, but that care needed to be taken to determine whether the part can be “safely” enforced, or whether it has been “tainted” by failings elsewhere. Equally importantly, the courts should guard against creating an “artificial outcome which could not have been the result” of a proper decision by an adjudicator.

HHJ Eyre QC advised that the courts must above all consider whether the adjudication contained a “series of decisions independent of each other” or “a single decision resulting from a connected chain of reasoning”. If the latter, even if the stages in the reasoning are logically distinct, as in the present case, severance is unlikely to be appropriate. The Judge reflected that this would create an “artificial division” of the reasoning, and it would not be appropriate to treat an adjudicator’s chain of reasoning as if it were a series of freestanding declarations of law reached after detailed argument.

The Judge also observed that although there might be a few cases where severance would enable the party which lost overall to enforce a part of the decision which went in its favour, the risk of creating another “artificial result” means that severance is less likely to be appropriate.

Examining the case before him, he observed that the Adjudication concerned a single issue: the amount payable to the Contractor in Interim Application 34. The stages of the Adjudicator’s reasoning were to be seen as part of the process of leading to this single conclusion, not a series of separate decisions. The Adjudicator set out his reasoning on the basis that he was addressing a narrow question (the sum due in payment cycle 34) on an interim basis. Crucially, the Judge thought that severance “would turn a single decision with an accompanying explanation of reasoning into a series of separate decisions”. Consequently, he held that the Adjudicator’s findings on the sum due at Payment Application 34 could not be severed.

Separately, HHJ Eyre QC also held that a ‘holding’ payment notice issued by the Employer, valuing the works at £0.97, was invalid. He considered that payment notices must set out the sum which parties genuinely consider to be due, in order to satisfy the requirements in Section 110A(2)(a) of the HGCRA 1996.

The judgment in Downs Road Development makes it clear that the circumstances where severance can be ordered by the court are more limited than might have been anticipated.

Specifically, parties should take into account the important factors raised by HHJ Eyre QC in his judgment. The central issue the court considered is whether the Adjudicator gave a single decision with accompanying reasoning, or separate decisions. If the former situation applies, severance will be far less likely to be ordered.

As a general rule, parties which lost overall at adjudication will also be less likely to obtain severance in their favour, although HHJ Eyre QC observed that this is possible “as a matter of principle”.

The case provides some guidance in how to decide whether an adjudicator supplied a single decision with accompanying reasoning, or distinct decisions. Parties should firstly look to the notice of adjudication to determine whether the referral itself concerned a single dispute, or a number of disputes. The Judge in Downs Road Development also thought it was relevant that the Adjudicator himself repeated in his assessment that his decision concerned a single, narrow question on an interim basis.

In the future, parties seeking to argue that an aspect of their adjudication decision should be severed might seek to distinguish Downs Road Development on the facts, by contending that their adjudication concerned wider issues than the limited question being answered by the Adjudicator in Downs Road Development. Parties may also wish to identify disputes as separate at an earlier stage, such as in the pre-adjudication correspondence.