Home > Do solicitors ever owe a duty to the opposing party? NDH Properties v Lupton Fawcett

Do solicitors ever owe a duty to the opposing party? NDH Properties v Lupton Fawcett 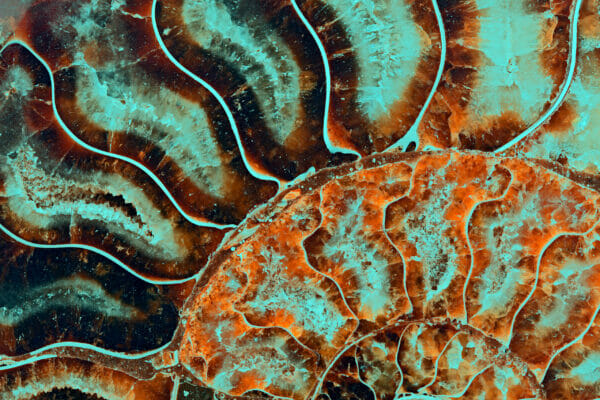 The decision of Snowden J in NDH Properties Ltd v Lupton Fawcett LLP provides a welcome refresher in the law relating to the question of whether a solicitor can owe a duty of care to the opposing party.

Mr Dashrathbai Nayee was the sole director and majority shareholder in NDH Properties Ltd (“NDH”). In May 2012, NDH took out a short-term loan facility (“the loan”) of £350,000 from Amalgamated Finance Ltd (“Amalgamated”). The loan was secured on a commercial property in Preston (“the Property”). The purpose of the loan was to discharge a pre-existing debt owed by NDH to Yorkshire Bank plc.

Three months later, at the maturity of the loan, Amalgamated demanded repayment of the amount then due to NDH, which had risen to £390,000 as a result of interest and fees. NDH was unable to pay that, so Amalgamated appointed receivers over the property. The property was subsequently sold in November 2013 for £751,000, but by that time the amount due to Amalgamated was £647,459 and there was only £62,456 available to NDH as mortgagor once disbursements and costs had been paid.

Mr Nayee had originally been introduced to Amalgamated as a potential lender to NDH by a related company, the Bankruptcy Protection Fund Ltd (“BPFL”). BPFL acted for individual bankrupts in relation to a scheme under which BPFL’s associated companies made secured loans to bankrupts to assist them in obtaining an annulment of their bankruptcies. NDH claimed that, as a result of Mr Nayee signing a letter which appeared to identify BPFL and Lupton Fawcett LLP (“LF”) as being authorised to act for him in relation to the annulment of his bankruptcy, together with the subsequent conduct of the parties, LF was implicitly retained to act for NDH as well as for Amalgamated in relation to the loan. Alternatively, NDH contended that LP owed NDH a duty of care in tort to give it advice in relation to the loan, and in particular to advise NDH that the high levels of interest and fees payable under the loan, coupled with the absence of certainty that there would be long term finance available to NDH at the end of the three month term, which meant that it was manifestly disadvantageous to NDH.

The judge dismissed the “implied retainer” argument: there was no evidence that the parties had agreed to enter into a contractual relationship of solicitor and client. He referred to the decision of Arnold J in Caliendo v Mischon de Reya, who summarised the test by asking (at paragraph 682):

“Was there conduct by the parties which was consistent only with [the defendant firm] being retained as solicitors for the Claimants?”

The answer was no.

For our purposes, the more interesting question was whether LF owed NDH a duty of care. Snowden J started by saying that whilst such a duty may be more likely to exist where there is a “relationship equivalent to contract”, the authorities made it clear that a duty of care in tort can exist independently of contract.

There are three tests which have been used to identify whether a duty of care arises:

The judge then discussed the decision of the UK Supreme Court in NRAM plc v Steel, which concerned the question of the circumstances in which a solicitor might be held liable in negligence to someone other than their client. The claimant was a commercial lender who had suffered loss when, on a sale of part of the security for the debt, the borrower’s solicitor had erroneously sent an email to the lender wrongly stating that all of the loan was to be repaid, and the lender then discharged the security. The UK Supreme Court allowed the solicitor’s appeal from a finding of liability below, holding that the opposing party’s reliance on something said by the solicitor was presumptively inappropriate. Lord Wilson, having referred to previous authority, stated (at paragraph 32):

“… the six authorities cited above demonstrate in particular that the solicitor will not assume responsibility towards the opposite party unless it was reasonable for the latter to have relied on what the solicitor said and unless the solicitor should reasonably have foreseen that he would do so.”

In rejecting the present claim, Snowden J observed that this was a paradigm case where there was a straight conflict of interest between the lender Amalgamated, for whom LF acted, and NDH as borrower. The presumption was therefore that there was no duty of care, and special circumstances would need to be shown for such a duty to be imposed.

He went on to point out that there was no direct contact between NDH and LF, which indicated that Mr Nayee was not relying upon the firm. On the other side of the coin, it would not have been reasonable for LF to think that NDH was relying upon them to advise NDH on the financial and commercial benefits and risks of the loan.

Counsel for NDH sought to rely upon the Solicitors Regulation Authority Code of Conduct 2011, which included the principle that a solicitor should not take unfair advantage of a third party in his professional or personal capacity, and as indicative behaviour in that regard, that a solicitor should not take advantage of a third party’s lack of legal knowledge where they have not instructed a lawyer. The judge rejected this argument, stating (at paragraph 135):

“I cannot see on what basis a solicitor has a free-standing duty in tort to tell the party on the other side of a commercial transaction to get independent advice.”

The decision in NDH, and in particular the comments made by Snowden J in the last paragraph, seem to me to be a matter of common sense, and will be welcomed by all solicitors.