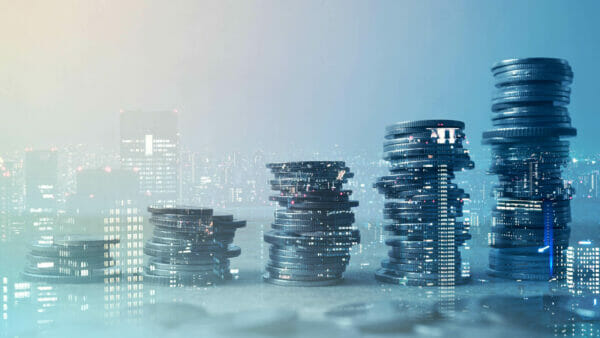 This article was first published on Practical Law’s Employment Blog.

There has been a lot of discussion recently about the inequality of pay between men and women. After discussing the various controversies, this blog focuses on whether the statutory equality clause mechanism is fit for purpose in addressing the issue of unequal pay. Recognising there is no simple panacea for inequality of pay, it argues that the current equality clause procedure requires reform, along with a greater emphasis on pay transparency.

Companies over a certain size must publish basic equal pay statistics. The requisite data is framed in quite general terms. It shows the overall gender pay gap, rather than the pay gap in respect of work of equal, or equivalent, value (being the test in the equal pay legislation).

As a result, women working for specific companies have only been provided with a general view of their employer’s pay practices, rather than the specifics necessary for identifying a highly paid male comparator necessary to make a claim.

Only companies with over 250 employees face mandatory reporting. Even this limited reporting has established that 80% of companies in the UK have a gender pay gap in favour of male employees.

These results should have been surprising, given that the Equal Pay Act 1970 passed Parliament almost 50 years ago. Royal Assent was given on 29 May 1970 with the provisions coming into force on 29 December 1975. Employers had a grace period of over five years to get their houses in order.

However, for lawyers familiar with equal pay disputes, the results are far from surprising.

As the Guardian recently noted, ONS survey data has tended to show the pay gap either widening or only very modestly closing over the past three years:

“According to the ONS, the gap between what UK male and female workers earn – based on median hourly earnings for full-time workers – fell to 9.1% in April last year, from 9.4% a year earlier. It was 17.4% in 1997 when the ONS first collected the data.”

Perhaps more optimistically, the 2018 figures showed that almost 50% of employers had improved their gender pay gap since 2017. The CBI also reported that many UK companies had identified addressing unequal pay and poor promotion prospects for women as key means of attracting and retaining staff and addressing the skills deficit in their workforces.

The general nature of the reporting obligation has had the (perhaps unintended) consequence of focusing scrutiny on the opportunities for women to obtain posts on promotion, since some companies with large discrepancies in pay between the genders blamed the fact that women were poorly represented at senior levels.

For example, Ryanair explained it only has a handful of female pilots compared to approximately 540 male pilots. More difficult to understand is how Ryanair can justify paying women on average 28 pence to every pound paid to men, even given that imbalance in pilots.

Another issue that highlighted unequal pay was the very public spat over the pay of some of the more high profile BBC presenters.

The BBC published data beyond the standard reporting requirement. This led to a number of mainly celebrity TV and radio personalities being able to identify the gender inequality in the BBC approach to salary packages. The fallout led to the high profile and public resignation of the BBC’s China Editor, Carrie Gracie, and a report by a Parliamentary Committee that was damning of the lack of senior oversight of salary practices at the BBC. The report noted that, as a publicly funded broadcaster, the BBC was expected to set an example for other employers to follow.

However, the most telling indictment of the BBC was given by Carrie Gracie, who told the committee that the organisation could not be trusted to report honestly over the gender pay gap.

The BBC dispute led to other celebrities to voice their support for equal pay principles.

Then there was the press reporting of the £548 million equal pay settlement for 14,000 claimants at Glasgow City Council, after more than 12 years of litigation. Predominately female staff had been paid significantly less than male comparators and the dispute had been protracted by side disputes and appeals.

This significant settlement may well spark interest in public sector equal pay claims again, in a similar manner to the £1 billion Birmingham City Council settlement in 2012.

However, the impressive size of these settlement sums should not entirely overshadow the depressing fact that the claimants in the Glasgow litigation waited for over a decade for a positive outcome to their litigation, while the Birmingham claimants endured litigation for approximately six years. Arguably, the Birmingham issue has continued until very recently, with the estimated cost rising to £1.25 billion.

The sheer size of the multiple equal pay claims facing the major supermarket chains such as Tesco (£4 billion), Asda (£8 billion), and Morrisons (£100 million) has made them newsworthy.

There was a sense that David had overcome Goliath when Asda failed in its challenge in the Court of Appeal to the claimants’ choice of comparator (in the male dominated offsite warehousing section of the supermarkets’ operations). This made media attention inevitable.

Perhaps the interesting point for legal practitioners is the substantial inroads equal pay claims are making into the private sector. It is also notable that private sector employers are seeking to run arguments, at first instance and then on appeal, that have already been tried and failed in the public sector (such as challenges to the choice of comparator).

A key aspect of the original legislation that persists under the Equality Act 2010 is that the right is personal, and litigation must be taken by each individual claimant (even if on a group litigation or multiple basis) in respect of the individual contract of employment.

It was open to the government to provide that equal pay could be collectively negotiated, but the thinking at the time was reportedly a concern in government that this would have greatly empowered trade unions. Unions must take responsibility for failing to utilise the equal pay legislation for the benefit of female members and the rise of no-win no fee solicitors.

It was also open to the government to make equal pay a matter of regulation with central enforcement (like the minimum wage). However, for such an approach to have any sustained effect, the enforcement agency would have had to be given appropriate powers and sufficient resources.

An alternative is the approach recently adopted by Iceland, where companies are required to report to government once every three years to establish that they are paying women the same as men. Similar to the UK, Iceland had passed equal pay legislation decades before but continued to experience an inequality in pay.

Rather than these options, the operative equal pay legislation in the UK relies on the implication by statute of a clause into each individual employee’s contract that the individual will not be paid less than a comparator of the opposite sex engaged in work of equal or equivalent value (known as the equality clause). Thus, by paying the claimant employee less than the stated comparator, the employer will be in breach of the equality clause from the point of the imbalance in pay arising (not the time of the claim being issued or trial).

While superficially simple, the choice of comparator and basis for comparison regularly give rise to significant and protracted satellite litigation. Similarly, the related questions of what counts as pay for comparison purposes (not all elements of pay will be available to a claimant where the employer can show a legitimate reason for a particular element of pay) can be controversial and involve multiple hearings.

The value of equal pay claims mean that it is almost always worth the parties challenging adverse first instance decisions on appeal.

Further, and in an allied sense, the procedure for litigating equal pay is overly complex to the point of being positively byzantine. There have been lauded attempts at simplification, but to some extent the complexity of the process is a product of the statutory mechanism for making claims.

A staged approach is taken, with phases reflecting the key requirements of the legislation in establishing breach of an equality clause. An expert assessor is often necessary to assist the employment tribunal with the key question of whether the work undertaken by a claimant and their chosen comparator is truly equivalent (within the parameters of the statue and the case law).

A key issue in equal pay claims is the meaningful identification of a comparator. Strictly speaking a claim should not be issued without this element of pleading. Yet in equal pay cases, claims are regularly issued with an at best vague description of a potential comparator. The reason is quite simple: a lack of pay transparency means that precise identification of the correct comparator is difficult (particularly in large employers).

The reason that senior staff at the BBC identified the precise parameters of an equal pay claim was that the highly paid celebrity staff are small in number and the BBC made enhanced disclosure of the relevant pay information. Comparators could be readily identified.

The government mandated equal pay reporting in very general terms. This was arguably to protect companies from anything more than very general scrutiny of their pay practices.

It is hard to see that significant progress will be made in tackling unequal pay without greater transparency in relation to salary structures and pay practices.

Further, any government serious about correcting the equal pay problem must consider reform, focusing on the procedure, the individual nature of the remedy, and also putting in place effective mechanisms to ensure sufficient pay transparency.