Home > Green Space borough-wide preventative injunctions: the view from the Court of Appeal

Green Space borough-wide preventative injunctions: the view from the Court of Appeal 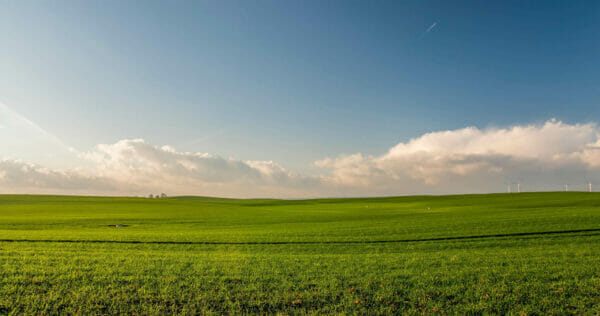 As readers will know I have been heavily involved in the development of the law and practice in relation to so-called Green Space Injunctions. The Green Spaces are parks, common land and woodlands and the injunctions are primarily intended to prevent unlawful occupation and fly-tipping on land which as Mrs. Justice Lang accurately described in Waltham Forest Borough Council v Persons Unknown [2018] EWHC 240 (QB), paragraph [8]:

“are for local residents to use and enjoy and for their designated purposes. It is neither fair nor lawful for them to be taken over by travellers and used for unauthorised encampments”.

Since assisting in obtaining the injunction for the London Borough of Enfield in the Summer of 2017, I have been involved in securing over 20 similar injunctions, in and around the South-East. However, none of those successfully obtained injunctions faced an opposition submitting reasoned submissions and well-crafted argument. It was therefore a privilege to have been instructed for the Second Interveners, the London Boroughs of Merton and Sutton and the Royal Borough of Kingston-upon-Thames to make submissions on behalf of all local authorities in the recently heard appeal of Bromley Borough Council v Persons Unknown [2020] EWCA 12. The purpose of the intervention being to ensure that the Court of Appeal understood that (a) these applications have proved highly beneficial to the applicants and their local tax-payers and (b) that the Bromley application was not the most well-conceived application, compared to others that have come before the Courts.

“I consider that the particular factual criticisms that the judge made of the appellant in this case were plainly open to her on the evidence. As I have noted, these criticisms (and in particular the various failings under the Equality Act) go a long way towards distinguishing the appellant’s case from those of the majority of the second and fourth interveners. I note that Mr Woolf, who made short oral submissions on behalf of the second intervener, was anxious to emphasise those differences, and in particular the failings of the appellant in relation to its PSED and its general dealings with the Gypsy and Traveller community.”

With the benefit of the Second Intervener’s small but significant contribution, the Court of Appeal have confirmed that injunctions of this type can still be pursued and are still available to local authorities. However, it is clear that the requirements going forward and the burden on those seeking such injunctions or seeking to renew the injunctions previously obtained when their original final orders expire will be considerably more challenging.

In his carefully crafted and precise judgment, Lord Justice Coulson recognised the benefits of preventative injunctions and confirmed that they could continue to play an important role in protecting public land, but was firm in his view that where a balance has to be weighed between the needs of the residents of a local authority and the entitlements of the Gypsy and Traveller Community, the challenge for the local authority was not insignificant.

This was because the rights of the Gypsy and Traveller, were rights of an ethnic minority and as such were enshrined in legislation and jurisprudence, including of course judgments of the European Courts such as Chapman v United Kingdom (2001) 33 EHRR. It was the Chapman decision that held that the use of a caravan was an integral part of a Gypsy’s ethnic identity. Lord Justice Coulson LJ was categoric in advancing the judgment of the Court in making it clear that a court should only countenance granting an application for Green Space protection, where there was clear evidence that the cultural traditions and heritage of the nomadic lifestyle of the Gypsy and Traveller community had been part of the balancing exercise. It was said that to ignore those enshrined rights is to ignore Article 8 of the European Convention on Human Rights and the Equality Act.

At paragraphs 100-109, Coulson LJ set out what he believed to be the overall position as regards such applications.

The following is a useful summary:

This summary of guidance can arguably be split into two categories. The first category is a judicial reminder of the cultural ethos of the enshrined rights afforded to the heritage and lifestyle of the Gypsy and Traveller community. The Court of Appeal wanted to remind all concerned (primarily local authorities) how the interests of the Travelling Community cannot be compromised and how any applications that fail to do so, will not meet the appropriate criteria and in all likelihood be refused.

The Court of Appeal emphasised that, to achieve proportionality, local authorities had to understand and respect the culture, traditions and practices of the Gypsy and Traveller community and provide positive action to the “lived rights” under Article 8. Analysing this part of the Court of Appeal’s judgment, it is clear that although an Equality Impact Assessment is not a requirement of such an exercise, without undertaking this type of assessment, there was a serious risk of a court concluding that proper consideration will not have been given to the interests of gypsies and travellers.

The second category of guidance is more practical. The guidance puts parameters on such applications, noting that an attempt to seek too lengthy and too encompassing protection is most unlikely to succeed as it would conflict with the inalienable rights to wander and set up a camp in furtherance of the nomadic lifestyle. It is to be noted that, in his judgment, Lord Justice Coulson indicated considerable support for the judgment of Mrs. Justice Jefford in Wolverhampton City Council v Persons Unknown [2018] EWHC 3777. He did so due to three observations of Jefford J. Firstly that an injunction covering every site in a local authority would have a draconian impact as it would leave Gypsies and Travellers with nowhere to go. Secondly that the nomadic lifestyle would be put at risk and the way to avoid that would be to consider the provision of a transit site and thirdly that an injunction for a period of five years inherently problematic and that an injunction for one year, subject to annual review was far more preferable.

It is to be noted that as part of the guidance, Lord Justice Coulson invoked the equitable doctrine of ‘clean hands’, observing that it was right to advance an equity into the process and commenting that a local authority would only have clean hands if it could demonstrate it had complied with its general obligations to provide sufficient accommodation and possibly even a transit site.

It will be appreciated that the Court of Appeal have certainly raised the bar and have made it clear to local authorities that the financial, social and environmental benefits that have been achieved over the last few years in protecting Green Spaces can only continue if a judge hearing the application is satisfied that the specific features of the Gypsy and Traveller lifestyle have been given proper consideration, and even then only on restricted basis. What this means in practice is that the injunctions to protect Green Spaces remain a legitimate tool in the armoury of local authorities to protect their land from unlawful occupancy (trespass / beach of planning control) but that the tool can only be used if the right checks and balances have operated.

This article was first published by Local Government Lawyer.