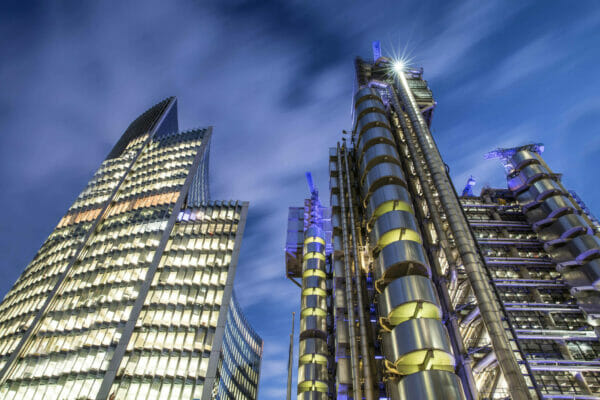 What is the basis upon which a subcontractor becomes a party to a Contractors’ All Risks insurance that was in place before the subcontractor was engaged? The High Court has issued valuable guidance on a difficult point of theory that will no doubt form the basis of future decisions on the inclusion of subcontractors in a CAR policy.

The case of Haberdashers v Lakehouse concerned the preliminary issues of construction of insurance provisions arising out of a project-wide cover. The project development consisted of extension and other works to a school in the London Borough of Lewisham, and operated by Haberdashers (‘the Claimants’). The First Defendant, Lakehouse, was the main contractor, and the Second Defendant, Cambridge Polymer Roofing (‘CPR’) a subcontractor. Three insurers – Zurich Insurance Plc, QBE Casualty Syndicate 386 and CNA Insurance Co Ltd, who together provided the project cover (‘Project Insurers’) – were joined as third parties.

Following hot works undertaken by CPR on the roof of the school, a fire broke out and caused damage. The Claimants brought a claim against the main contractor claiming £11m. Lakehouse issued an additional claim against its co-defendant CPR, and CPR issued additional claims against the Project Insurers. The Project Insurers paid a settlement of some £8.75m to the Claimants, which meant that the only live issue was to what extent was CPR allowed the benefit of the project insurance.

In deciding whether to grant the declaration sought by CPR, that the Project Insurers are not entitled to pursue the claim against CPR, Mr Justice Fraser extensively discussed the question of how subcontractors in the construction industry come to participate in project insurance policies. Both counsel agreed this had never been expressly decided before.

Three routes or theories were suggested: agency, standing offer, and acceptance by conduct. The agency theory is that the subcontractor gives authority to the main contractor to procure insurance on the subcontractor’s behalf, and the subcontractor then ratifies the agent’s procurement of insurance as an undisclosed principal. Fraser J considered that ‘for agency to be the correct approach either the conceptual difficulties identified by Bowstead [that an undisclosed principal has to be capable of being ascertained at the time when the insurance was effected, which a subsequent subcontractor is not, and that ratification cannot be done by a person who has no insurable interest at the time of the insurance] are not problems at all, or the concepts of agency are being strained (…) I consider it is probably the latter’ (para 46).

The standing offer theory is that there is a unilateral offer made by the insurers to insure anyone who satisfies the conditions of becoming a subcontractor, which the subcontractor accepts by signing the sub-contract. This, according to Fraser J, is the correct approach (paras 59 to 60). However, CPR’s contract with Lakehouse had an express term that CPR would obtain its own insurance. This meant that CPR never joined the ‘defined group’ of subcontractors to whom the unilateral offer was made, as the act that would include CPR in the Project Insurance, namely CPR entering into the subcontract, expressly stated that CPR would have its own insurance. This meant that entering into a subcontract was not accepting a unilateral offer to include CPR in the project insurance (para 70).

The acceptance by conduct theory is that the insurer accepts by conduct that the subcontractor is included in the Project Insurance, which precludes the need for a strict offer and acceptance analysis. Fraser J did not express a view on whether this is correct as a theory, but did point out that CPR could not be insured on this basis. To hold otherwise would be to insist that the inferred intention of the Project Insurers in their acceptance by conduct goes above the express intention of Lakehouse and CPR in requiring CPR to obtain its own insurance in the subcontract (para 72).

The way in which a subcontractor becomes a party to a Contractors’ All Risks policy is an important question, and it is somewhat surprising that this has not been expressly decided. The question is left somewhat open as a result of this case, as Fraser J did not go so far as to say the agency theory is completely wrong, or that the only correct approach is the unilateral offer theory. However, it seems the most plausible view following this case, and is clearly preferred by Fraser J. Definitive guidance must therefore wait for another day, but it is likely that the issue will be litigated in the future. Until then the case serves as a useful summary on how to approach the question of the inclusion of a subcontractor in a CAR policy.